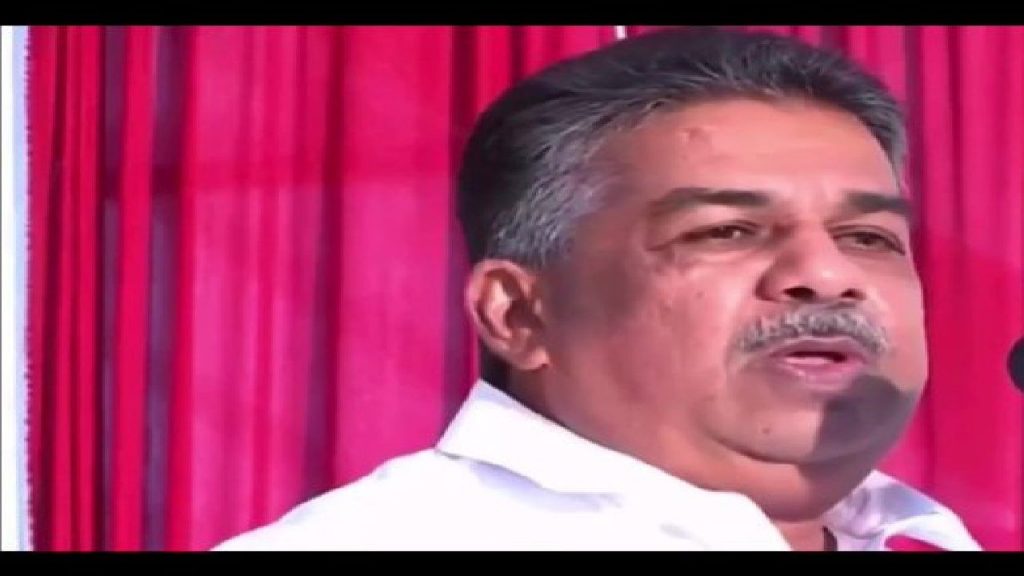 THIRUVANANTHAPURAM: In a quick move which has blunted the edge of the Opposition’s criticism, Kerala Chief Minister Pinarayi Vijayan has secured the resignation of Culture and Fisheries Minister Saji Cherian from his Cabinet.

Cherian has had to resign a day after he made the controversial remarks against the Constitution, which kicked up a major political row. Saji had put the Government in a tight spot by saying that the Indian Constitution “condones exploitation” and is being used to “plunder” the people.  The Minister made the controversial remarks at a CPI(M) event in Pathanamthitta district. The speech became viral after the Mallappally area committee shared a video of the speech.  The Minister said the Constitution was written by Indians, but prepared by the British and it has been executed in the country for 75 years! Even as he admitted that there were a few merits in the constitution like secularism and democracy, he said it has always favoured exploitation of the working class.

In a deft move taking the wind out of the Opposition’s sails, Cherian was forced to quit. Initially, the CPI(M) seemed inclined to back the beleaguered minister. But three factors forced the Government’s hand. First, Governor Arif Mohammed Khan sent a strong message that those who have assumed constitutional offices must be conscious of their responsibilities. The message was loud and clear. And the CM read it correctly and took the right decision. The second factor which influenced the CPI(M)’s decision was the tough stand taken by the central leadership of the party. CPI(M) general secretary Sitaram Yechury said the CM would take the right decision.

The third factor was the legal advice from the state’s Advocate General. The AG said there was no way the minister could continue in office after the controversial and insulting remarks he made against the Constitution. Another reason which resulted in quick action was the possibility of an adverse verdict from the court if a petition is filed against Cherian episode and the Government. The CPI(M)’s national leadership rightly felt that Cherian’s continuation in the Government would weaken the CPI(M)’s campaign to defend the Constitution against the Modi Government’s “infringements” of the founding principles of the Constitution. Last but the least, the CPI also denounced the minister’s remarks, putting the CPI(M) leadership under pressure.

Incidentally, the CPI(M) has effectively used resignation to frustrate the opposition’s attempts to destabilize the LDF Government. As many as four ministers who were embroiled in controversies were forced to resign in the past. They are: EP Jayarajan, KT Jaleel, AK Sasindran and the late Thomas Chandy..  Jayarajan and Sasindran were reinducted subsequently.

But the CPI(M) and the Government cannot afford to sit back and relax. The Opposition, outsmarted in the first round, is rallying its forces to corner the Government by demanding that resigning the ministerial post alone would not do. Cherian must quit as an MLA, too.  The LDF, which is occupying the moral high ground right now, must not allow the Opposition to wrest the political initiative. Without losing further time, it must ask Cherian to resign his MLA’s post as well. That step will effectively silence the critics and detractors for good.

Having got its timing right, the Government should not lose the momentum and dillydally. In fact, a case has been filed against Cherian for his remarks against the Constitution following a directive from the Judicial First Class Magistrate Court in Thiruvalla. Accordingly, the Station House Officer, Keezhvaipur has filed a case. Keezhvaipur police has been asked to do so as Mallappally, where Cherian made the controversial statement, fell within the limits of this station. The petitioner, Baiju Noel, a Kochi-based lawyer, has contended that Cherian has committed an offence under Section 2 of the Prevention of Insults to National Honour Act, 1971.

This is not the first time the CPI(M) and the party-led Government have acted fast. It may be mentioned that on the issue of Students Federation of India (SFI) activists’ attack on Wayanad MP Rahul Gandhi’s office too, the CPI(M) exhibited commendable speed not only in condemning the attack, but also taking corrective action.  Over 25 SFI workers and a few leaders were taken into custody. The DYSP who was in charge of the security of Rahul’s office was placed under suspension.

Last but the least, the SFI’s state committee promptly dissolved the Wayanad district committee, replacing it with a 7-membr ad hoc committee. The quick action has deprived the Opposition of a chance to weaponise the issue.  The Wayanad committee of the SFI was dissolved for taking out the protest march to Rahul’s office without the State Committee’s permission and knowledge. The march turned violent and the incident drew nationwide condemnation and caused acute embarrassment to the CPI(M) and the LDF Government.

The CPI(M) must also have a close look at Cherian’s unrepentant stand. He has said that his speech was misreported by the media. Polit Bureau member MA Baby termed it as a slip of the tongue! Cherian said he had no intention to discredit the Constitution. All that he was trying to say was how the ruling dispensation misinterprets the Constitution to butcher secularism and democracy. He also contended that the decision to quit was his own.

The CPI(M) must quickly clarify the party’s position. Otherwise, the CPI(M)  would expose itself to the charge that the party is in agreement with Cherian’s stand that he had not insulted or belittled the  Constitution.

That said, it  is commendable that the party and the Government have acted fast to douse the political fire. It must now ask Cherian to resign his MLA’s post as well.  The man, who became an MLA after taking an oath to remain faithful to the Constitution cannot remain in the past after insulting it. Reluctance on the part of the CPI(M) to secure Cherian’s resignation from the MLA’s post as well  will only  undo all the good work done by the CPI(M) and the Government so far. (IPA Service)

In India, Rules Are Meant To Be Obeyed By Leaders Of Opposition Only, Not Ruling Party
Posting....