In India, Rules Are Meant To Be Obeyed By Leaders Of Opposition Only, Not Ruling Party 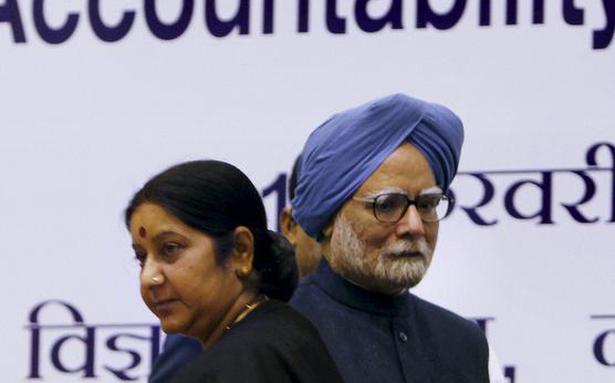 ‘Why do we obey rules?’ asks The New Yorker and then stretches the answer till one of the rules is about how everybody has the right to let go of the rules too strenuous to live by. And, from what is happening in our own country at, we can assume that we are living in dangerous times, largely because there is an absence of rule of law.

The story begins with the King quoting Rule No.42 to Alice, which says that all who are taller than a mile high should leave the court. To this Alice says that she isn’t a mile high, and that the King must have made the rule just then. Offended, the King retorts, “It is the oldest rule in the book.” Alice, unfazed, counters with “in that case, it should have been Rule No.1”.

Exasperated, the King exits the court, leaving everybody to the conclusion that reasoning is hardly reasonable. So true in how things are currently focused in India, starting from the highest echelons, whether that be any of the four pillars, from the executive to the Press; from the legislative to the judiciary.

Our country doesn’t seem to be running on rules. In automobile terms, we are running on empty! As if there weren’t any rules and we make them as we go; to each his/its fancy set of rules. The highest court of the land makes observations and it sounds like they’re rules, which they aren’t! The tragedy is once the top court makes its observations, no lower court worth its salt has the gumption to take on the apex court’s “observations”.

And “our King ruling us right now” is no different from the King in “Alice in Wonderland”. Whoever would have thought he would change the rules of the game with harebrained money games. One was called ‘Demonetization’ and the other had to do with taxes. But he did it, nevertheless. One at 8 in the evening, the other at 12 midnight! Both rule-changing, and game-changing, the after-effects of which are still being felt, seven years on.

All this was happening when the rule of law was taking a hit; solid and devastating hits. People took law in their hands and lives were lost. And the old Nero had aged, but not his penchant to wait and watch. “Our King” hadn’t changed. He worked at his own pace and was applauded for working day and night, changing the rules as he went from one start-up to another.

If the stories are to be believed, election and electoral rules were changed though nothing was proved. The only thing that could be said with certainty is that the EVM has a life of its own, and that more often than not it favoured the ruling party.

On the face of it, everything seemed like it always was. Central law enforcement agencies continued to function as they used to under earlier regimes, but keep track of their movement during the last eight years and the slip shows! The rules of engagement had changed. Also, the Enforcement Directorate had become the ‘go-to’ central agency, not the CBI.

Maybe this was because the rules say states can stop the CBI at the gates, like West Bengal did. And, if the state governments are to be believed, the rules of engagements have been twisted and distorted to target opposition ruled states, and opposition politicians with the ED, specifically, which has been used extensively to coerce opposition politicians to either fall in line, or take the fall!

Cases got slapped or “unslapped’ depending on whether targeted politicians succumbed, stalled or refused. There are enough jailed politicians to prove the thesis right or wrong. The rule about who is guilty and who is innocent has been changed in the last eight years.

Rules have also been changed for journalists. The whole thing about how the rule to fly with the Prime Minister on his foreign trips was changed is too petty to be of any consequence. No journalist grudges the Prime Minister his right to 100 percent occupancy of India’s version of ‘Air Force One’, what galls journalists is how rules have been changed with the sole purpose of  crimping his reporting style. From changing the rules of accreditation to changing rules that concern his access to ministries, and government departments.

The first rule for any government is that everything it does should be for the good of the nation, and for the greater good of the people? Is the Modi government measuring up to this requirement? To paraphrase, it is only in Alice’s Wonderland where the rules keep changing; where one rule makes you larger; another makes you small; and it is always teatime! (IPA Service)