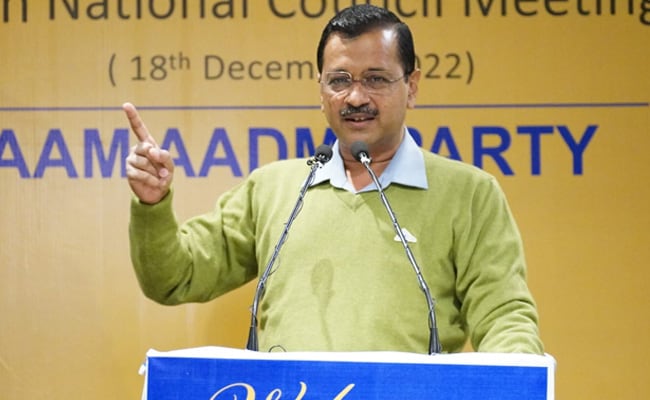 AAP National Convener Arvind Kejriwal on Sunday termed as “unprecedented success” his party’s foray into Gujarat, a BJP bastion for years, and said winning five seats there was as difficult as “milking an ox.” Addressing the party’s national executive and national council meeting, the Delhi Chief Minister also asserted that the AAP is sure it will dislodge the BJP from power in Gujarat and form its government there in 2027, as it did in Punjab earlier this year.

The Aam Aadmi Party had won five seats in its latest campaign in Gujarat with about 13 per cent vote share.

“Recently someone told me that I have retired milking ox from Gujarat. So difficult it was. Everyone can milk the cow, but we have indeed milked the ox by winning five seats and securing 14 per cent vote share in the assembly polls,” Kejriwal said, as he congratulated party workers on the “achievement.”

Kejriwal thanked the people of Gujarat too for reposing faith in his party’s “vision and ideology.” “The Aam Aadmi Party formed its government in Punjab in its second foray in the state. Don’t worry, we will certainly form our government in Gujarat also in 2027,” he added.

While the AAP had suffered a miserable defeat in Gujarat then with all its 29 candidates losing their deposits, the party had won 20 seats in Punjab to become the main opposition party in the state.

On the 2022 Gujarat assembly polls, Kejriwal said the biggest takeaway from the party’s foray into the BJP stronghold was that it became eligible for getting the national party status by the Election Commission.

“Perhaps AAP is the only party which came to power in Delhi within a year of its formation, formed the government in another state, Punjab, within 10 years, and now became a national party,” he said.

The AAP’s spectacular rise within such a short span of time is due to “our ideology and work,” he added.