Kejriwal Now The Front-Runner In The Opposition Ranks 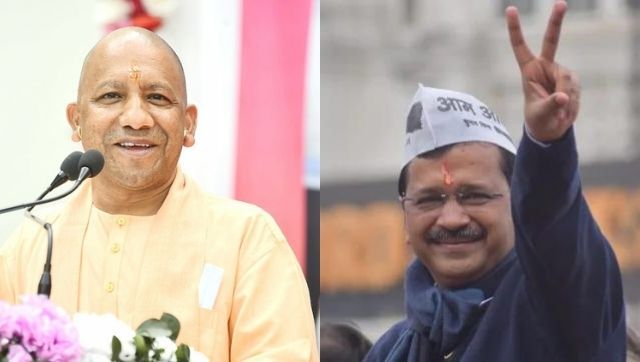 In the race to be the first among the opposition leaders for taking on the BJP at the national level, it appears that Arvind Kejriwal has edged ahead of Mamata Banerjee for the moment. The reason is not only the Aam Aadmi Party’s (AAP) impressive victory in Punjab, but also the violence in Birbhum which has tarnished the Trinamool Congress’s image.

Although the Trinamool has always carried this albatross round its neck, the latest outbreak is particularly horrifying because of the burning to death of women and children in their homes in retaliation for the murder of a local Trinamool leader. Aware of how the party’s name has been besmirched by the tragic incident, Mamata Banerjee hurriedly paid a visit to the scene of the crime and ordered police action against the culprits belonging to her party.

But the damage has been done. Like the assaults and intimidation directed at the Trinamool’s opponents in the panchayat polls of 2018 and the similar atrocities in the wake of the party’s victory in the last assembly election, the Birbhum tragedy has once again underlined the undercurrent of violence in West Bengal politics which can erupt at any moment. If anything, it shows that the state government is unable to keep a lid on the simmering tension because the police are not sure whether they should act against the anti-social elements with their political links to the ruling party.

Mamata Banerjee may now try to divert attention from the Birbhum episode by evincing a renewed interest in national politics with a call to all the opposition parties to decry the BJP’s “misuse” of the central agencies. But it will not be easy for her to recover the lost ground as a result of several setbacks apart from what happened in Birbhum. These include the Trinamool’s failure to make a mark in the Goa elections just as it had earlier come a cropper in Tripura.

In contrast, Kejriwal has matured considerably since the days when he observed a dharna in the open during a Delhi winter or sat for days in the Lt. Governor’s drawing room in protest against the latter’s conduct. Instead of these hangovers from the pushy Anna Hazare-style of politics, the Delhi chief minister has been concentrating more on governance. The AAP’s success in Punjab is the first sign outside Delhi of a popular acceptance of the party’s result-oriented approach. The AAP was helped, of course, by the Congress’s bungling, but it might still have fared well in Punjab if only because of the voters’ preference for fresh faces.

Kejriwal’s awareness that he may have moved ahead of both Mamata Banerjee and Rahul Gandhi has now apparently emboldened him to try his luck in Gujarat later this year. If he can run the BJP close in the latter’s stronghold, he will leave behind his competitors in the opposition camp. Up until now, his was an uneasy presence in the opposition ranks. In fact, he was left out of some of the meetings of the opposition parties. The reason perhaps was that he was not fully trusted because of his tendency to play the “soft” Hindutva card with “Bharat Mata ki jai” slogans and prayers to various Hindu deities.

But his stance on the film, The Kashmir Files, where he has said that the BJP would have done well to rehabilitate the pandits instead of making a film on their plight has shown that he is no longer the “chhota Modi”, as he was earlier alleged to be. Although Kejriwal has been less forthright than Sharad Pawar, who has said that the film should not have been made at all since it has “poisoned” the atmosphere by arousing hatred against the Muslims, both the AAP and the NCP leaders have been much bolder than the Congress which has been less outspoken presumably because of the fear of offending the Hindus. Instead of delving into sensitive topics, the Congress apparently finds it safer to talk about the fuel price hike or the cuts in the rural employment allocations. This timidity may be a reason why it is falling behind the AAP at the national level.

The AAP’s disadvantage is that it is still an untested entity at the national level. Its ideology and economic stance are unclear. It is also a one-person party, a trait it shares with Trinamool Congress. But the latter has a longer history in politics unlike the 10-year-old AAP. Having brought over the DMK’s M K Stalin to its side, the AAP will have to court the Congress, NCP, the Shiv Sena and the Trinamool to become a full-fledged member of the anti-BJP group. (IPA Service)

Punjab Government Has Every Right To Claim Inclusion Of Chandigarh In The State
Posting....