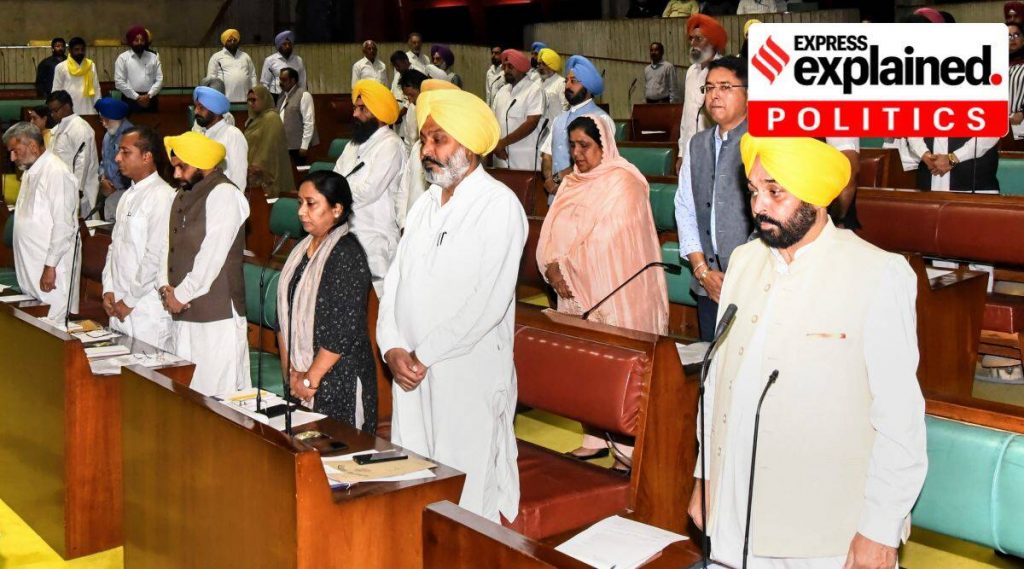 Even King Soloman wouldn’t succeed in breaking this stalemate. There is one baby, Chandigarh, and two states claiming to be mothers, Punjab and Haryana, both unwilling to sacrifice the baby or hand it over to the other. By right, Punjab is the “mother” and should get the ‘baby’. Everyone, from Indira Gandhi to Rajiv Gandhi, tried to do justice to Punjab, but Punjab remained cheated, and Haryana combative.

Chandigarh continues to be disputed territory, a la the “J&K dispute”. But the time when the Chandigarh dispute could have been “Solomanized”, i.e., cut into two parts, one for Punjab and the other for Haryana, is long gone.

The short history of the labour pain started in 1966 when the reorganisation of the State of Punjab was concluded and Punjab was divided into Punjab, Haryana and Himachal Pradesh. In 1970, when Indira Gandhi was Prime Minister, as per an agreement reached between the two states, Chandigarh was to go to Punjab.

Haryana in turn was to get in return Hindi-speaking areas of Punjab to build its own capital. But Punjab reneged and refused to part with its Hindi-speaking areas per the pact. Haryana, which had agreed to make Panchkula its capital, refused to vacate Chandigarh. Language apart, there wasn’t much of a difference between the two states. Both were willing to be disloyal to the agreement.

Now, nearly 60 years after Punjab’s trifurcation, Punjab has demanded that Chandigarh be handed over to it in toto and Haryana has reiterated that Punjab’s demand was unacceptable, and that Chandigarh remains common capital. Also, Haryana called a special session of its assembly to discuss the issue.

The fact, however, remains that Chandigarh “justifiably” belongs to Punjab. A stalemate has stood all these years, but the recent AAP electoral sweep of Punjab has rocked the status quo. AAP convener and Delhi Chief Minister Arvind Kejriwal, who has the knack of picking up contentious issues and turning them into tumultuous issues, wants Chandigarh for Punjab, right away!

This after AAP formed the government in Punjab by defeating the Congress. Even then Chandigarh would have remained in limbo but for the Modi Government ruling that Chandigarh would be governed by central service rules, which set the cat among the pigeons.

The Haryana government’s decision to hold a special assembly session to discuss Chandigarh will not soften stands. “We will not allow Punjab to take away Chandigarh from us,” Chief Minister Manoharlal Khattar declared, asking Kejriwal and Punjab Chief Minister Bhagwant Mann to sort out the Sutlej-Yamuna Link (SYL) canal stalemate first.

That’s the problem. There are too many loose ends tied to Chandigarh. Dig deep and the skeletons will tumble out. Chandigarh’s is a story of broken promises, empty promises, and abdicated responsibilities. The Centre, which hasn’t learned from history, is refusing to take responsibility.

January 30, 1970, the New York Times reported how the “Indian Government, in an effort to avert the self‐immolation of a Sikh leader, awarded the city of Chandigarh to Punjab State today (January 29, 1970), but sought to appease the rival claimant, Haryana State by giving it a fertile and prosperous piece of Punjab territory.”

The NYT story spoke of how “up to that time, Chandigarh—a modern, totally planned city whose construction began in 1951 under the direction of the French architect Le Corbusier—was the capital of the Punjab.” In November 1966, it was declared a Union Territory to serve as common capital of both Punjab and Haryana.

Any move to divide Chandigarh was rejected because the city was an “organic whole”, and “its layout, architecture and beauty” had acquired an “international reputation.” But this agreement was also allowed to lapse.

Then, a decade and a half later, the Rajiv Gandhi-Longowal Accord was reached, under which Chandigarh was to be transferred to Punjab by January 26, 1986. The accord was, however, “sabotaged by close friends” of Prime Minister Rajiv Gandhi. And Chandigarh remains chained to the Centre’s yoke to this day. (IPA Service)

Doubling Farmers Income In The Country By 2022 Is A Distant Dream
Posting....