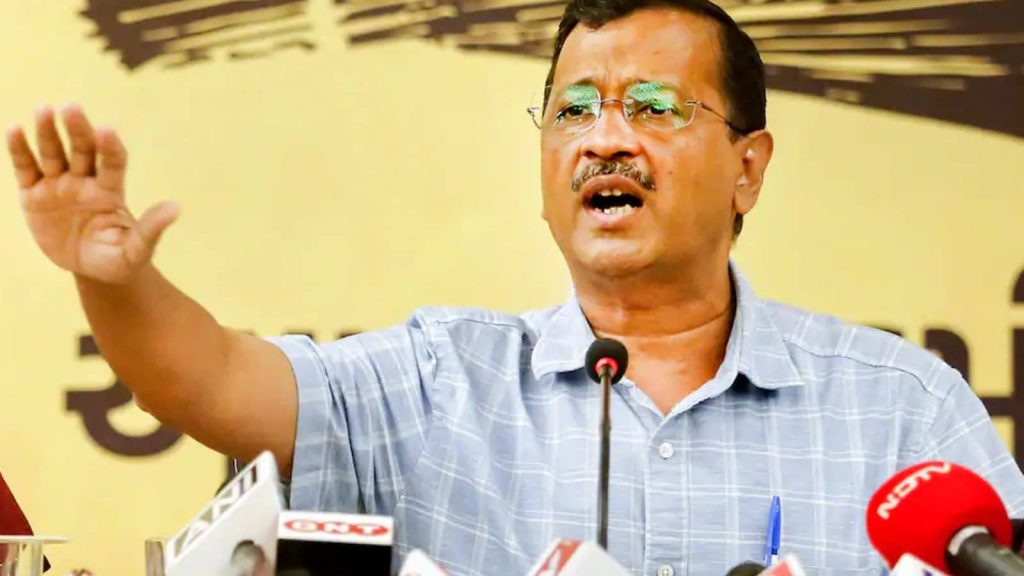 Another round of tussle between Aam Aadmi Party (AAP) and the Bharatiya Janata Party (BJP) ensued in Delhi on Tuesday over free yoga classes. Attacking the lieutenant governor VK Saxena and the BJP, Chief Minister Arvind Kejriwal said that “these people” have stopped yoga classes that benefitted more that 17,000 people, these included those struggling with post Covid complications.

“Who stops yoga classes? They stopped it due to ‘satta ka nasha‘ and petty politics. I want to declare that yoga classes will not stop, and will continue. I appeal to all teachers to continue. If needed, I am ready to beg and will pay for the same,” Kejriwal said.

Reports stated that the general council of Delhi Pharmaceutical Sciences and Research University (DPSRU), headed by the lieutenant governor, is yet to ratify the proposal sent by the board of governors to continue the classes.

Deputy CM Manish Sisodia Monday tweeted the yoga classes, run at 590 centres, will not be held from Tuesday. “The board of the university wants the Yogshala to be run for the common people of Delhi. The (Delhi) government has also provided the budget (to the university), but still the order has been issued to close ‘Dilli ki Yogshala’ by intimidating the officers. The 590 yoga classes held in Delhi’s parks will be suspended from tomorrow,” Sisodia tweeted.

The classes under ‘Dilli ki Yogshala’ scheme were started by Delhi government in December 2021. The government had established the Centre for Meditation and Yoga Sciences in collaboration with DPSRU, which enrolled about 650 students for diploma and certificate courses, who were trained to become yoga instructors.

Delhi government had earlier alleged officials were being pressured by BJP to stop the programme. Sisodia had last week served a notice to training and technical education secretary Alice Vaz to explain why the decision to discontinue classes was taken without discussing it with him. He had also met the L-G in this regard.

Lula’s Victory Over Bolsonaro Has Restored Hope For Democracy In Brazil
Posting....