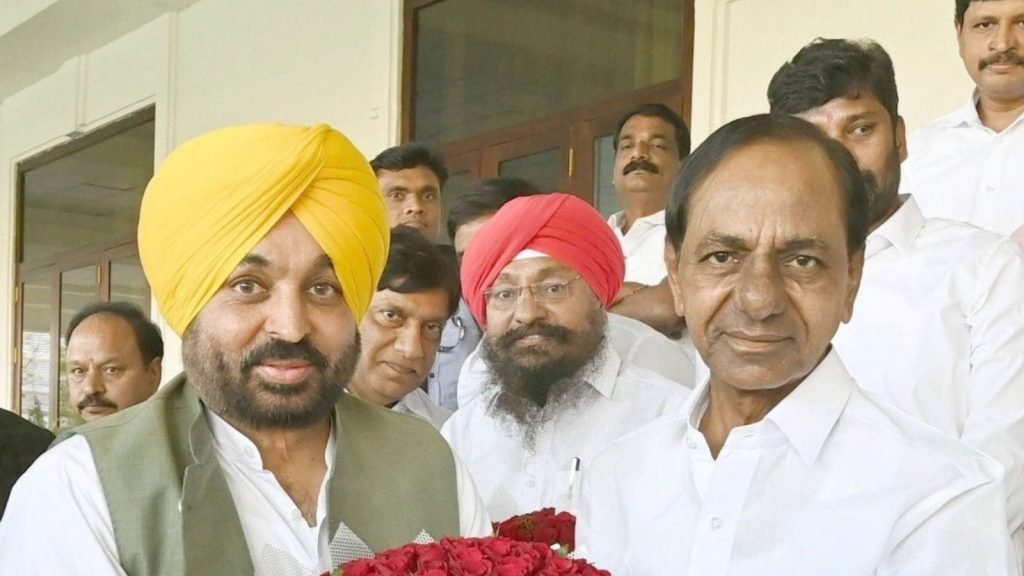 Around two lakh people are expected to attend and the Telangana CM has invited his counterparts from other states — Arvind Kejriwal from Delhi, Bhagwant Mann from Punjab, and Pinarayi Vijayan from Kerala. He has also extended an invite to Samajwadi Party leader Akhilesh Yadav and Janata Dal (Secular) leader HD Kumaraswamy. It is learnt that the leaders will have breakfast in Pragathi Bhavan and then leave for Khammam in charter planes from Begumpet airport.

The venue of the meeting has raised many eyebrows, with political analysts commenting on why KCR chose Khammam to have the first BRS meet. It might be due to the fact that the district shares borders with Andhra Pradesh and Chhattisgarh. A large number of people from Andhra Pradesh have also settled in Khammam. In one stroke, the CM may be trying to woo people from both Telangana and Andhra Pradesh, thus establishing BRS as a truly national party.

Khammam has traditionally been a stronghold of communists and the Congress. Just like the Munugode by-elections, the communists are extending support to the BRS for this mega meet. They have, however, ruled out any chance of an alliance at present.

Khammam has a significant place in KCR’s fight for a separate state. In 2009, when the agitation for splitting from then-undivided Andhra Pradesh was at its peak, he had launched an indefinite hunger strike at Siddipet. The police had arrested him and he was lodged in Khammam sub-jail. Refusing to be examined by doctors, KCR had continued his fast in jail. This arrest sparked agitations all over the state. Invoking that incident in a recent speech, the chief minister said that the people of Khammam saved him.

Reacting to the BRS chief’s public meeting, former union minister and Congress leader Renuka Chowdhury said that the people of Khammam will never trust KCR as it her party’s fort. She said that the chilli farmers in Khammam had not forgotten how they were handcuffed and produced in court. In 2017, 10 farmers were brought to court for allegedly vandalising a market yard.

KCR will inaugurate the second phase of the Kanti Velugu programme during his public meeting. It is a free eye screening scheme for poor patients in Telangana. Eyeglasses are provided free of cost. 1.5 crore patients will be screened in 100 days at a cost of almost Rs 200 crore.

With inputs from News18
IPA Special