Judicial Independence: An Area Where Pakistan Enjoys An Edge 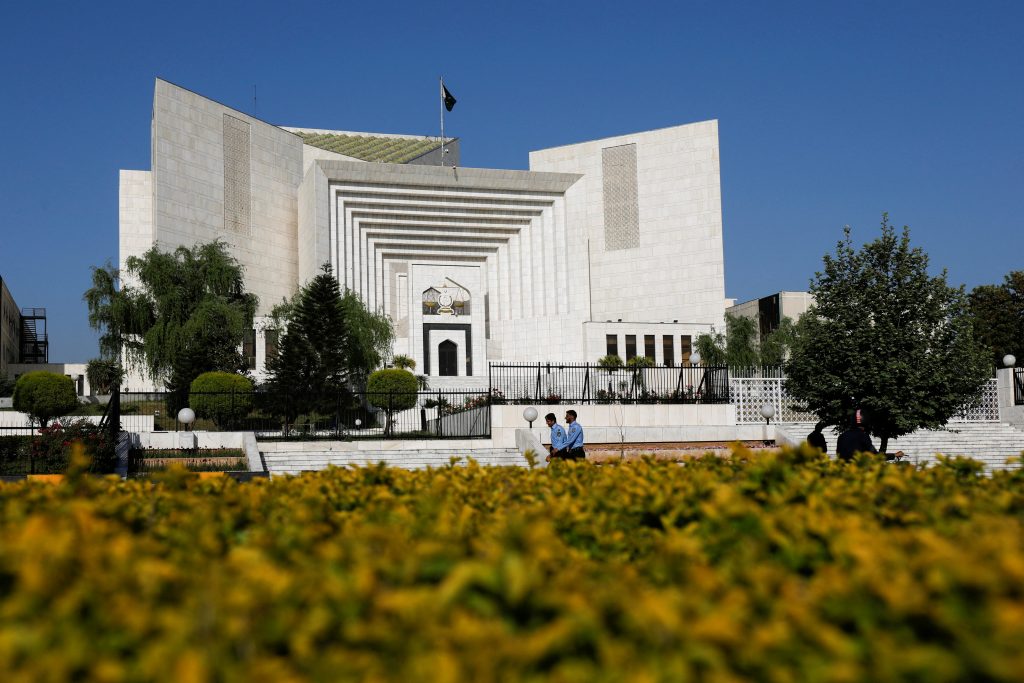 The Pakistan Supreme Court has virtually shown the door to another prime minister. Apparently, it might take longer for Imran Khan’s fate to be decided for good, but the action of a five-member bench of Pakistan’s apex court to strike down the controversial decision of deputy speaker of the national assembly to reject the opposition’s no-trust motion against Imran Khan’s premiership shows yet again that the Pak judiciary can assert itself to be independent if it elects to do so at the most critical time.

There is nothing that makes a comparison of India and Pakistan tenable. Pakistan is by all means a rogue state and Imran Khan is eminently suited to be its chief executive. It is a different matter that his performance as premier is far removed from his track record as captain of the Pak cricket team, for which there was probably no better choice.

We as Indians do not credit Pakistan much as a country. Its credentials as a modern nationwork out to almost zero. But when it comes to judiciary, the track record of Pakistan’s Supreme Court should make us somewhat envious. Despite all our strong credentials as the largest democracy of the world and other fancy attributes, some real and some alleged, we do not have a judiciary that is capable of delivering what the Pakistan supreme court has done consistently.

Imran Khan joins a line-up of Pak premiers or rulers who have had to go due to decisive intervention by the courts. His predecessor Nawaz Sharif was forced out, paving the way for Imran Khan to take the mantle of leading the apology of a nation that Pakistan has always been. Sharif’s unceremonious exit proceeded from the appearance of his name in the Panama Papers, which brought out his connection with a number of front companies that were floated to stash away illegitimate wealth. Sharif had told the court that he did not own any of those shell companies that were found to hold huge overseas assets on behalf of his children. He was found to be playing smart, by failing to declare that the companies were in the name of his children, playing on the technicality that he did not own anything.

A Pak court even awarded the death sentence to president Pervez Musharaff for treason for his action in 2007 under which he suspended the Islamic country’s constitution and declared emergency to extend his rule, which he had captured through a military coup in 1999. While Musharaff is still enjoying the fruits of his labour in Dubai, a safe haven for the world’s likes of him, but that should not take away credit from the Pakistani judiciary for its bold decision.

In another historical verdict in 2009, the Pak court had outlawed as unconstitutional an amnesty arrangement named the National Reconciliation Ordinance that prevented the persecution of the then president Asif Ali Zardari and other politicians for corruption.  Similarly, prime minister Yusuf Raza Gilani was forced out of office after the supreme court convicted him for contempt of court for failing to pursue a corruption case against president Zardari.

There is no comparable event in India’s judicial history and the closest case that can be cited to be of similar nature are the Allahabad High Court verdict in the election petition, upholding the charge of corrupt practices as alleged by Indira Gandhi’s rival candidate Raj Narain, leading to her unseating in parliament as well as the historical judgement by Justice V R Krishna Iyer, ‘partly’ upholding the verdict, which prompted the former prime minister to declare a national emergency, marking a dark phase in the history of independent India. It is an irony of history that Indira Gandhi was given a come-back term, thanks to the complete ineptitude that characterized the post-Emergency Janata government.

Unfortunately, Indians and all our institutions, including our courts, are more tolerant towards corruption and abuse of power. Tamil Nadu chief minister Jayalalithaa’s conviction for amassing disproportionate assets and the jail term for Lalu Prasad Yadav in the fodder scam are perhaps two rare cases in which the courts came down heavily against accumulation of illegal wealth. But Jayalalithaa, who was accused of acquiring properties worth more than Rs 66.65 crore as well as jewellery, cash deposits, investments and a fleet of luxury cars, becoming the first chief minister to be convicted for misusing her office and was jailed, soon came back to power after a high court overturned the conviction on the basis of certain technical calculations used to rework the size of the assets. Ultimately, the Supreme Court reversed that verdict later, but by the time the decision came she was dead and gone.

Just as In Jayalalithaa’s case, corruption cases in India linger for almost a lifetime, making even conviction a mockery.  The Central Vigilance Commissioner has reported the pendency of hundreds of cases related to corruption, pending for over 25 years in 80 courts across the country. And even if conviction comes in these cases, the accused would already have lived a king-size life. (IPA Service)

Presidential Elections In July Next Will Test Opposition Strength And Unity
Posting....