Jignesh Mevani Has Been A Consistent Fighter For Dalits In Gujarat 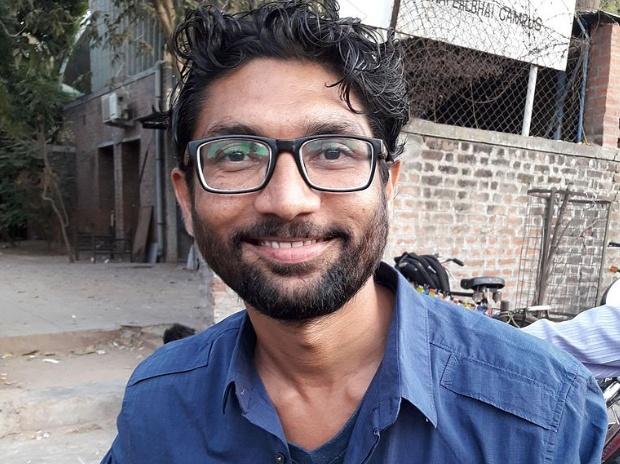 To Nartwar Bhai Parmar, 69, son Jingesh Mevani always seemed a bit too idealistic. “He would talk about bringing about a revolution and I would like to say such revolution happened only before 1947.” He would then say, “I am ready to go to jail. In a sense, he prepared   us for the worst”, says Parmar, talking about the case that landed Mevani in custody of the Assam police.

“If they can take him to Assam for such a small matter, I can’t imagine what they will do next. We are very scared of the BJP”, adds Parmar,

But many say Mevani’s arrest on April 20 over a purported tweet against the Prime Minister and subsequent re-arrest on charges of assaulting a woman police constable have only served to highlight the ruling BJP’s insecurities around the Dalit leader in an election year.

On Friday, while granting bail to Mevani, 42, Gujarat’s only independent MLA, a district court in Assam pulled up the state police for lodging a “a false FIR” and “abusing the process of the court and the law”.

Part of the youth triumvirate was defined by its strident anti-BJP politics. Mevani, along with former JNU student leader Kanhaiya Kumar and Patidar leader Hardik Patel, had briefly raised the hopes of the anti-BJP camp. While Kanhaiya and Hardik joined the Congress, Mevani couldn’t on technical grounds— as that would have meant losing his MLA seat from Badgam. The BJP’s storming back to power in 2019 general election, combined with the Congress’s internal politics, ensured that the fight back has since dampened. Mevani’s independent status has meant that he has no more manoeuvre room for his politics than the other two.

A source close to Mevani said, “Mevani follows Leftist ideologies to the core. He has no intention of joining the Congress, and it was tough persuading him, but agreed to align with the party only after Kanhaiya joined in Bihar.”

Hardik, who was instrumental in bringing Mevani into the Congress fold, however, says “The idea was to strengthen the party. As an independent legislator, he cannot do as much as he can with the backing of a party..he can become Congress’s national Dalit face”.

Born in 1980 as Jignesh Parmar in Ahmedabad, to where his father has moved from Meu in the mid-seventies, he later changed his surname to Mevani (derived from Meu village) to keep alive his link with his roots.

After the schooling in Asarwa areas of Ahmedabad, Mevani enrolled in the H K Arts College to graduate in English Literature where he was deeply influenced by educational—activist Professor– Sanjay Bhave and poet and theatre personality Saumya Joshi.

After a diploma in journalism, Mevani worked as a journalist in a Gujarat magazine in Mumbai for two years. It was around this time that he studied Gujarati poet Mareez, born Abdul Ali Vasi, often called ‘the Ghalib of Gujarat’. He spent much of his time researching the poet’s life and time, even visiting the places in Mumbai associate with him—the research is like fodder for a book in the works.

Back from Mumbai, Mevani joined Jan Sangarsh Manch, the civil rights organisation founded by the late trade unionist and lawyer-activist Mukul Sinha, who took up the cases for the 2002 riot victims. At Sinha’s persuasion, Mevani studied at Ahmedabad’s DT law college and practiced in the Gujarat High Court. As a lawyer, Mevani moved the court seeking surplus government land for Dalits under the Gujarat Agriculture Land Ceiling land.

Besides Sinha, Mevani had had as mentor’s constitutional expert the late Girish Patel and the late Gandhian Chunibhai Vaidya— personalities who strengthened his Leftist ideology.

“Some of his campaigns would scare us, as he would venture into areas where he would have to confront headstrong people”, says Mevani’s mother Chandraben, 68.

The activism took a decisive turn on July 11, 2016, when four members of a Dalit family from a village of the then Una taluka in Gir Somnath district, were flogged by cow vigilantes. Mevani until then a low-key activist-lawyer, launched a March to Una from Ahmedabad and unfurled the tricolour on Independence Day. His slogan, “you can keep the cow’s tail but give us back our land”, was the first open challenge to the BJP in the state.

Gujarat High court lawyer and former IPS officer Rahul Sharma, who has known Mevani since 2015-16 and was associated with Una agitation, recalls how events pitch- forked him on the national scene. (IPA Service)