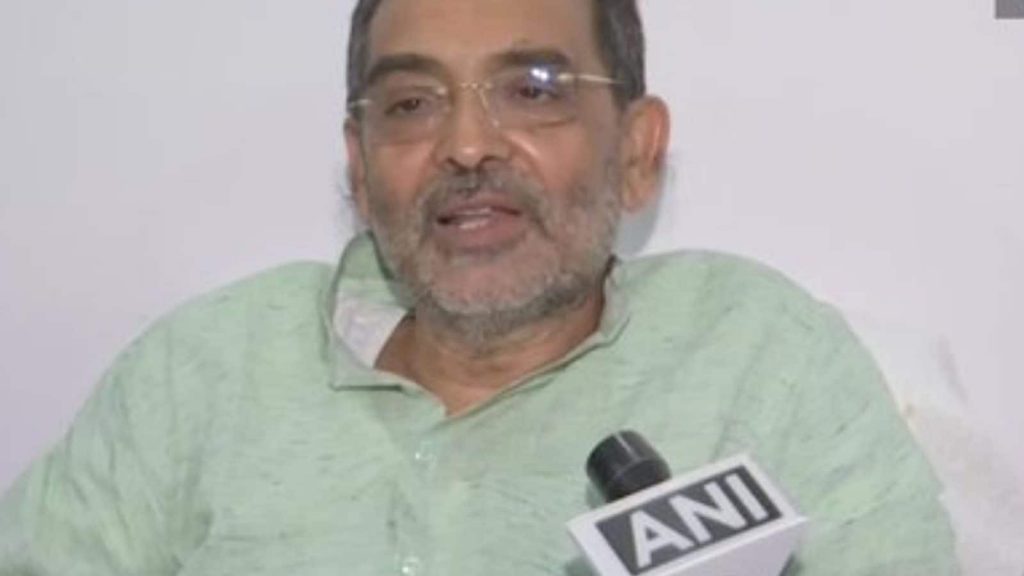 Two days after Bihar chief minister Nitish Kumar ordered the strict implementation of the prohibition law by cracking down on liquor suppliers, JD(U) national parliamentary board president Upendra Kushwaha caused him major embarrassment by saying prohibition had been unsuccessful in the state. Kushwaha also remarked on the role of the people in the state in enforcing prohibition, and said the liquor ban could never be a success just because the government envisioned it like that.

According to a report published by India Today, Kushwaha on Thursday said prohibition had not been successful in Bihar, giving political fodder to the opposition BJP with whom the party recently split.

But Kushwaha maintained that prohibition was of immense benefit to society at large even if it had not been as successful in Bihar. “If the sale of liquor is stopped in Bihar, its consumption will also stop. Prohibition will not be a success unless people of the state want it. Prohibition can never be a success just because the government wants it. Though the prohibition law has not been successful in Bihar, society has benefited immensely as fewer people consume liquor now and, as a result, there are fewer crimes,” Kushwaha was quoted as saying in the report, adding that prohibition will be more beneficial if implemented more strictly.

Almost gleeful over Kushwaha’s statement, the BJP said the JD(U) leader was a “more honest socialist than Nitish Kumar”. The saffron party pronounced the liquor ban to be a failure and said crime was only increasing every day.

“Janata Dal United leader Upendra Kushwaha is undoubtedly a more honest socialist than Nitish Kumar. Liquor ban is a failure and crime is increasing. People are suffering because of the parallel economy and crimes, which have increased because of prohibition,” BJP leader Nikhil Anand was quoted as saying.

On November 7, chief minister Nitish Kumar had chaired a meeting of top officials in his office and asked them to ensure strict implementation of the prohibition law, with focus on stemming the supply of liquor to the state. Kumar asked them to identify the routes being used to smuggle liquor to Bihar from other states.

The liquor ban was enforced in Bihar in April 2016. Shortly after the meeting, chief secretary Amir Subhani said, “The CM has made it clear that the focus of the police, prohibition and excise departments should be to break all liquor supply and distribution chains across the state. If those involved in the supply and distribution of liquor to Bihar are nabbed, the availability of liquor will automatically be checked.”

He added: “Therefore, the priority of officials should be to identify the routes through which liquor is being smuggled to Bihar from other states and nab those involved in this illegal trade.”

According to the law, a person caught the first time for consuming alcohol will be fined Rs 2,000 to Rs 5,000, Subhani said. “If the first-time offender fails to pay the fine, then he or she will be jailed for 30 days. Second-time offenders don’t get any relief as per the law, and he or she will have to serve a jail sentence of one year,” he said.

Close to 20,000 people were arrested in October for violating the prohibition law, said KK Pathak, the additional chief secretary of the Prohibition Excise and Registration Department.