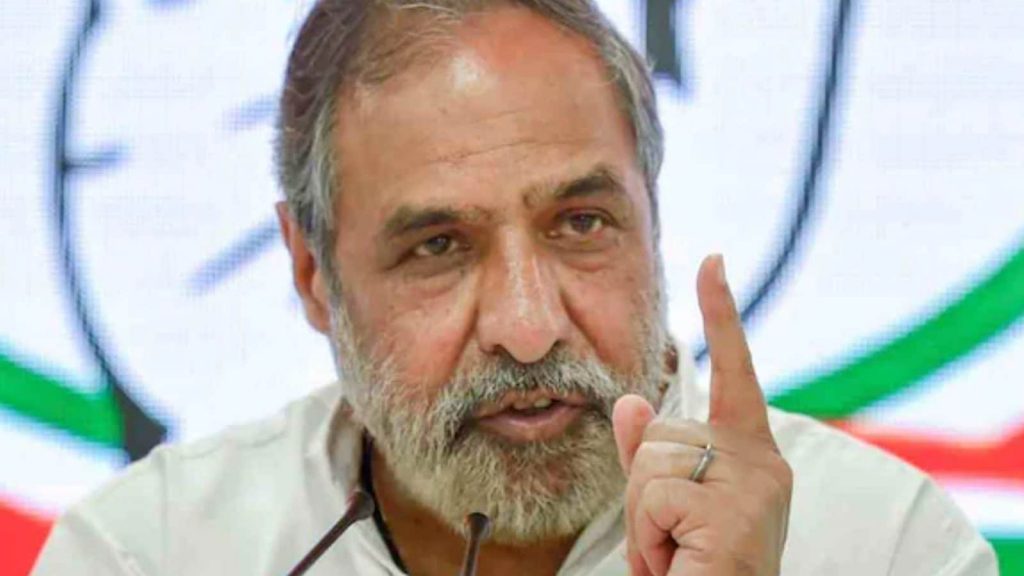 Senior Congress leader Anand Sharma on Thursday said the party’s campaign planning for the Himachal Pradesh Assembly polls could have been “much better” with the deployment of senior leaders, and rued that his services were not fully utilised.

However, Sharma said Congress general secretary Priyanka Gandhi Vadra has led a spirited campaign in the state and he was confident that the Congress would win the polls and get a “stable majority”.

He also said both the BJP and the Congress were “culpable” for not having assessed the implications of the new pension scheme and termed as an “error of judgment” the move to opt for it when Virbhadra Singh was the chief minister.

In an interview with PTI, the former Union minister said he had campaigned to the best of his ability in the polls wherever the Congress candidates invited him but there was no centralised planning for his campaign.

“We are better placed than 2017 because we have taken up issues which are of special concern to the masses whether it is unemployment, inflation, the old pension scheme or the Agnipath recruitment scheme,” the 69-year-old leader said.

Sharma, who is a member of the steering committee of the party set up by AICC president Mallikarjun Kharge till a new Congress Working Committee is formed, exuded confidence that his party would outperform the BJP despite the ruling party’s high voltage campaign involving Prime Minister Narendra Modi and several ministers “carpet bombing” with public meetings.

Asked about the Congress pitching its campaign on bringing back the old pension scheme (OPS) and the NPS introduction in the state after the OPS was discontinued in 2004, he said, “Both the BJP and Congress are culpable of not having assessed the implications of the new pension scheme”.

“It was perhaps an error of judgement to opt for it when we had Virbhadra Singh as CM. Unfortunately, we did not correct it when we returned to power in the state in 2012 and Mr. P Chidambaram was Finance Minister,” Sharma told PTI over phone.

It is a national issue and the Centre and the states must sit together to resolve the matter, he added.

Asked about the Congress going for a low-key campaign and Rahul Gandhi not addressing any public meeting in the run up to the polls, Sharma said Gandhi’s focus was on the Yatra and also it had been a conscious decision apparently that Priyanka Gandhi would be the main campaigner with others drafted in.

“Priyanka Gandhi has led a spirited campaign. But perhaps we could have coordinated this campaign better by utilising the available senior leaders,” the former Union minister said.

Sharma, who was among the Group of 23 leaders who wrote to Sonia Gandhi in 2020 seeking large-scale reforms, said the party had neither involved him in strategising the campaign nor taken his inputs in preparing the manifesto for the polls.

“I believed it was my duty as a Congressman to campaign for the party wherever the candidates invited me to campaign but no campaign was centrally coordinated for me,” he said.