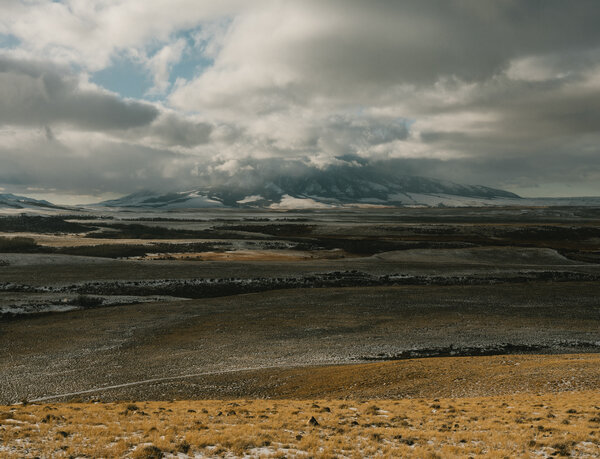 The West Bengal government’s latest decision to take over 395 acres of prime industrial land lying idle at Uttarpara, near Kolkata, under CK Birla-controlled Hindustan Motors Limited (HM), for gainful use is most welcome. The giant HM factory has been closed since 2014. It may be high time that the state, starved of good industrial land, also takes over lands held by several such closed units, including GKW, Dunlop and Metal Box, which are lying idle for years.

The long unutilised industrial lands may be handed over to willing entrepreneurs of repute to ensure their proper use. It’ll help raise the state’s industrial production, employment and government revenue. Other states should also take similar steps to unlock their unproductive industrial lands deserted by loss-making entrepreneurs and give them to willing investors to start enterprises or use them for expansion of their existing manufacturing facilities. In fact, there are thousands of large, medium and small-sized closed units across the country sitting on lakhs of acres of land procured almost for a song with assistance from state industrial development corporations or state governments.

HM’s Uttarpara complex was set up in 1948 after the Birla company shifted its base from Gujarat. The giant complex by the Grand Trunk Road, one of Asia’s oldest and longest (2,400 km) road arteries, and the river Hooghly, is among the country’s most attractive industrial locations. It housed India’s first and only integrated automobile plant that also manufactured automotive and forged components. The plant produced Ambassador cars (1500 and 2000 cc diesel, 1800 cc petrol, CNG and LPG variants) and light commercial vehicles with one-tonne payload mini-truck Winner (2000 cc diesel and CNG). It had facilities such as press shop, forge shop, foundry, machine shop, aggregate assembly units for engines, axles etc and a R&D wing. It produced the iconic passenger car Ambassador, the country’s No.1 car brand for nearly half a century until Maruti-Suzuki set up its first plant at Haryana and became the biggest passenger vehicle maker by the end of the last century.

Ideally, the West Bengal government should invite large automobile manufactures such as Maruti Suzuki, Hyundai Motors, Tata Motors, Mahindra & Mahindra, Kia Motors, Toyota Kirloskar, Skoda Auto, Honda Cars and Renault to have a look at the Uttarpara site and pick up any one of them willing to set up a production or assembly unit there. West Bengal is the only major industrial state, which does not have an automobile manufacturing unit for the present. Still regarded as an industrial power house of Eastern India, a new generation automobile factory will vastly improve Bengal’s image apart from generating a good number of jobs, directly or indirectly. Globally, automobile manufacturing is regarded as an engine of growth. Currently, Kolkata ranks ninth in annual passenger car sales, just below Chennai, which  accounts for 30 percent of the entire country’s car manufacturing activity. Normally, any automobile manufacturer would like to have a base in Bengal. This explains why the Tatas were keen to set up a plant in Bengal in 2010. Interestingly, national car sales had beaten all bumps to grow 27 percent last year. A record number of 3.8 million passenger cars and commercial vehicles were sold in India in 2021.

Coming back to the issue of lakhs of acres of idle industrial land held by closed units in the country and the need for unlocking these priceless immovable assets, every state government should find ways to take over such lands and hand them over to willing industrial investors. Several states are faced with the problem of industrial closure. Even the industrially fast growing Gujarat is not out of the ambit. In the state government’s own admission, 1,500 industrial units are shut down in the Gujarat Industrial Development Corporation (GIDC) estates alone. The industrial units in different estates in 21 Gujarat districts were shut due to “lack of demand and financial issues”, among other reasons, the state government said in written replies to questions from different MLAs during the earlier Assembly session.

In some of the states, industrial units are also forced to shut down for repeatedly flouting the pollution control norms. In Maharashtra, as many as 834 factories have been closed under the orders of the Maharashtra Pollution Control Board (MPCB). All of them were located in Maharashtra Industrial Development Corporation (MIDC) estates. These closed factories — mostly chemical or pharmaceutical units — included 49 in Pune, 380 in Ulhasnagar, 170 in Ambernath and Dombivli, 81 in Tarapur, 23 in Chiplun, seven in Taloja, and eight in Patalganga, Roha and Mahad each.

In addition, there are several medium and large units lying closed in Maharashtra, the country’s No.1 industrial state. It may be time to take stock of the land areas lying idle for more than five years due to closure of these factories.  In West Bengal, the state’s environment department revealed that 21,521 industrial units had shut down between 2016 and 2021. The highest number of industrial closures in the state was reported in South 24 Parganas followed by North 24 Parganas, East Midnapore, Kolkata, Murshidabad, and Jalpaiguri.

In fact, the number of closed companies in the country accounts for a whopping 36.07 percent of the total of nearly 19 lakh firms that were registered under the Registrar of Companies. A good number of them are not manufacturing firms. Out of the total 6,83,317 companies that have been shut down, over 1.42 lakh are in Maharashtra, more than 1.25 lakh are in Delhi, over 67,000 in West Bengal. Responding to a Lok Sabha query, Finance and Corporate Affairs Minister Nirmala Sitharaman had said the government has undertaken a special drive for identification and striking off of the registered companies which have not filed their financial statements or annual returns in two preceding financial years. However, a mere deregistration of companies may not solve the problem of idle lands under their occupation.

More than industrial closure, both the central and state governments should be concerned about the fate of the land masses occupied by the closed units, big or small. This is important since new factories are increasingly grabbing fertile farm lands at the cost of agricultural production in a country which needs to feed its 1.4-billion-plus population round the year. While most of the agricultural land can be easily converted for industrial use, the reverse would appear to be difficult, if not impossible, as the fate of the Tata Motors-surrendered farm land at Singur in the Hooghly district carrying industrial structures showed. If necessary, laws should be enacted by the centre and state governments to legally get hold of all idle industrial lands occupied by closed units or held by entrepreneurs who have failed to use the land assets within a period of time. Idle industrial lands held by closed units are a national waste.  (IPA Service)