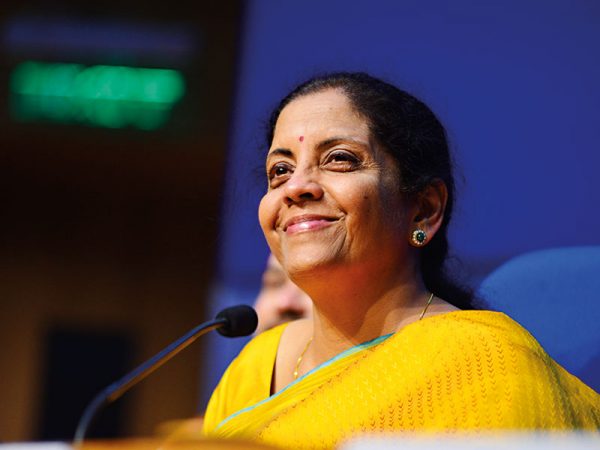 Finance Minister Nirmala Sitharaman is confident that Indian economy is in a comfort zone to weather the storm witnessed in the global economy, with some of the advanced economies heading towards recession. Winding up the debate on price rise in Rajya Sabha she quoted IMF and former Reserve Bank Governor Raghuram Rajan to say the economy is resilient and equipped to face the emerging challenges. Rajan had said India would not go the Sri Lanka way in view of the strong macroeconomic fundamentals and that India’s central bank is up to the task in dealing with inflation.

It is true that Raghuram Rajan did say that the Indian economy is not only on track but running at a fast pace. But he also had a rider in his comment recently in Raipur that “a lot of this growth is jobless. Jobs are essentially task one for the economy. We don’t need everybody to be a software programmer or consultant but we need decent jobs.” Rajan had also cautioned earlier that India needed to concentrate more on education and skilling people. If people are adequately skilled, the jobs will come automatically.

There was a warning too from Rajan on the Indian economy.  He pointed out that India is less of a liberal democracy now than it was 10 years ago – and that can have consequences. Tracing the economic troubles of Sri Lanka Rajan said part of the Island nation’s problems lie in the troubled history of minorities and their place in what once was quite a successful middle income economy. When they had problem of jobless growth politicians there found it easy to deflect some of the attention to the problems of minorities which subsequently led to a a civil war. It would be fool-hardy to ignore this observation.

There is always a tendency on the part of the government, whichever party in power, to selectively quote experts. In any economy there are always certain positives. Being an emerging economy that too a large economy like India, it is a case of glass half full- half empty. So there is a tendency to selectively quote statistics. India has come a long way in economic development particularly since economic reforms in 1991. But the growth story is not smooth and steady.

Indian government may also take comfort in the fact that India is still among the fastest growing economy that too at a time when other economies are slowing down. But there are warning bells and it would be dangerous if the policy makers adopt ostrich like approach in ignoring the signals.

It may not be alarming as RBI can tackle the situation with prudent policies. In the past during East Asian currency meltdown, many countries suffered balance of payment crisis within weeks and months in spite of having comfortable foreign exchange reserves. To cite a few examples, South East Asian tigers, Brazil and Argentina suffered currency meltdown. Even Russia was badly affected and all these countries had huge foreign exchange reserves at that time but they vanished in a very short time. Some of the countries had to borrow short-term to service their long term debts and this led to flight of capital. India which had prudent economic policies was very cautious in moving towards capital account convertibility and this helped in dealing with the situation then.

In the present scenario, India’s raising trade deficit and slowing down of exports growth in recent months are a matter of concern. The sliding rupee has not helped our exporters. Exports growth is slowing down after impressive growth in the last 12-15 month with the economic recovery after Covid. The geo-political situation arising out of Russia-Ukraine war and the recent Sino-Indian stan-off has certainly impacted the global trade. Coupled with it, the spike in global inflation and consequent recessionary trends in advanced economies paints gloomy picture for the world economy.

Indian economy may still be fastest growing economy but the fact is India’s growth rate has been revised downwards from over 9 per cent to 7 per cent in the current financial years by various multilateral agencies as well as RBI and Niti Aayog. There are forecasts to suggest India is expected to slow down further in the next financial year. With surging and sticky inflation predicted by many rating agencies, the poor, who are yet to recover after covid, suffer the most and more may be pushed below the poverty line. Crisil said India’s inflation is driven by surging food inflation and food prices are unlikely to cool down until next year. This will certainly impact the economy if not managed well.

India’s debt may be within limits at the moment but many states have serious debt problem. At least 10 states in the country spend over 80 per cent of their revenue on debt servicing, salaries and pension.  States like Punjab and Kerala it is 90 per cent. To win elections, political parties promise unsustainable freebies, which adds to the economic woes of those state economies. Giving away freebies without earning adequate revenue for it only retards development activities in the state.

The central government’s fiscal situation might be manageable now but if the situation is allowed to persist and states do not reform, it would start impacting the Indian economy as well. Disciplining states is not going to be easy in this polarized politics. Many states are in trouble because of fiscal profligacy. Also some states have huge and surplus staff in promote their political constituency. This has put a huge burden on the exchequer. Expenditure reform and Administrative reforms are never carried forward as it does not find favour with any party that is in power.

Following the Sino-US stand-off, many multinationals are looking at alternative locations for their manufacturing. They are looking at Vietnam, Bangladesh, India and South-East Asian economies. India should have been the automatic choice. But the divisive and polarized politics has made some of the foreign investors wary of going full throttle to shift their manufacturing base to India.

This is quite evident from the fact that shift is not happening at the pace it ought to have been. This is one of the reasons why India is not able to achieve double-digit growth like China on a sustained basis. The fact that growth rate was slowing down quarter by quarter even before Covid since 2016 indicated that foreign investments were not forthcoming commensurate to its potential. The government would do well to fix the inherent problems rather than thumping its chest. (IPA Service)