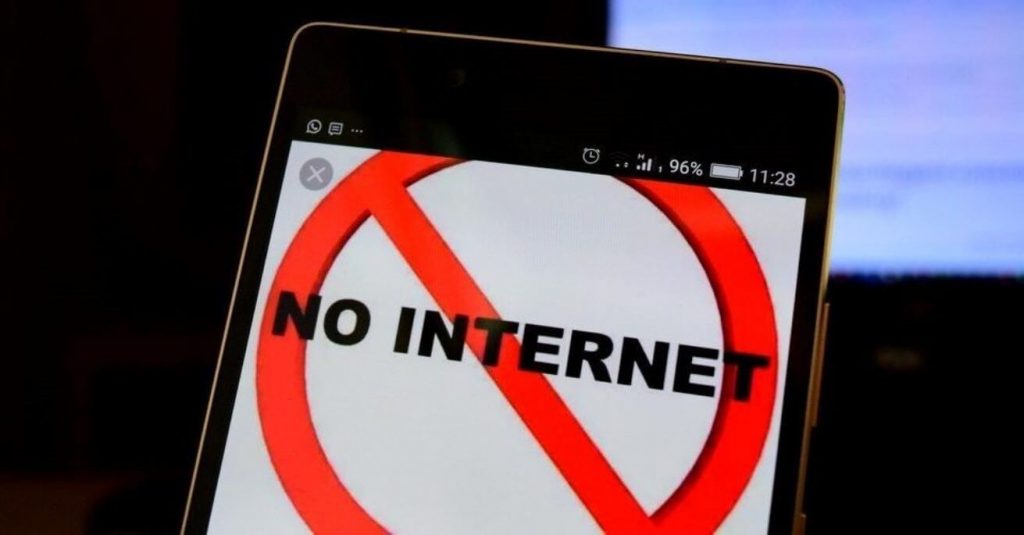 Modi government resorted to large scale shutdowns of internet connections to quell protests by people against its policies adopted between 2019 and 2021 is now well known, but what is little known is that the internet suspension was effected for 14,280 hours during this period which cost India about $4.7 billion, apart from human rights violations that the orders constituted due to which people suffered invaluable loss. The frequent internet suspensions have led to India even being referred to as the shutdown capital of the world. Only Myanmar and Nigeria did more economic damage with self-inflicted wounds which were to the tune of $2.8 billion and $1.5 billion respectively in 2021 while India lost $582.8 million.

Moreover, the government of India does not even maintain a database of instances of internet shutdowns, the “Input for OHCHR report on internet shutdowns and human rights” recently submitted by the Internet Freedom Foundation of India to the United Nations Office of the High Commissioner for human rights has mentioned. While mentioning this fact the report pointed out that the internet shutdowns were used by the Government of India to prevent individuals from collectivizing against decisions of the government as was evident when the internet was disrupted during protests against Citizenship Amendment Act or those against farm laws.

Modi government imposed more costly internet outages than almost any other nation, according to the Top VPN report. Some of the outages constituted election interference, while others violated people’s right to peaceful assembly and freedom of the press. The biggest economic setback was experienced from throttling internet speed in Kashmir, which was restored after 18 months, during which education and business greatly suffered apart from the disruption due to COVID-19 crisis. Delhi suffered localized internet blackout in late January 2021 in response to the farmers’ protest against the Modi’s three controversial farm laws. It may also surprise one that Rajasthan’s internet was shut down in September 2021 to prevent cheating in examinations.

The Foundation has said in its report that access to the internet must be seen as a right rather than a service, especially in a developing country like India, with a digital population of 560 million, and where a 10 per cent increase in internet connectivity can result in a 3.3 per cent increase in per capita GDP. Despite this, internet connectivity is limited and internet shutdowns are common in India, and legal remedies often prove inadequate.

The Connectivity Tracker report published in January 2022 has been quoted by the report which had found that despite the low cost of data in India, about $0.68 per GB, in 10 out of 28 states and 2 out of 8 Union Territories less than 40 per cent of women regularly use the internet. Moreover, only 1 out of 3 people access the internet in rural areas, while in urban areas people have, on an average, more than one internet connection. It is despite introduction of National Digital Communications Policy, 2018, Universal Service Obligation Fund, Bharatnet project and National Broadband Mission, which clearly shows the dismal performance of the government on promotion of internet connectivity.

While discussing the impact and injury from the internet shutdowns, the report made assessments of impacts on economic, social and political activities in the country. It mentioned as per Top 10 VPN, the internet was shut down in India for 1,157 hours in 2021, which cost the economy $582.8 million, which included 317.5 hours of total internet blackout and 840 hours of bandwidth throttling.

On social impact of internet shutdown, the report says, is felt as punishment by individuals, when they are stopped from communicating, learning, or even working or doing business. Large number of students and journalists were unnecessarily subjected to such punishments. It has even political implications because it prevents all political activities by using internet.

In the context of year long communication shutdown in Jammu & Kashmir during 2020-21, the Supreme Court of India had held that internet shutdowns are a ‘drastic measure’ which may be imposed only if it is lawful, necessary and proportionate, and only after publishing internet suspension orders. Moreover, the SC has ruled that the aggrieved by such shutdowns may seek remedies under the laws. However, in practice, getting remedy is too difficult for citizens. IFF filed RTIs with 24 States and 8 Union Territories but did not even able to get copies of the internet shutdown orders.  (IPA Service)