Inflation Is Being Controlled At The Expense Of Working Class 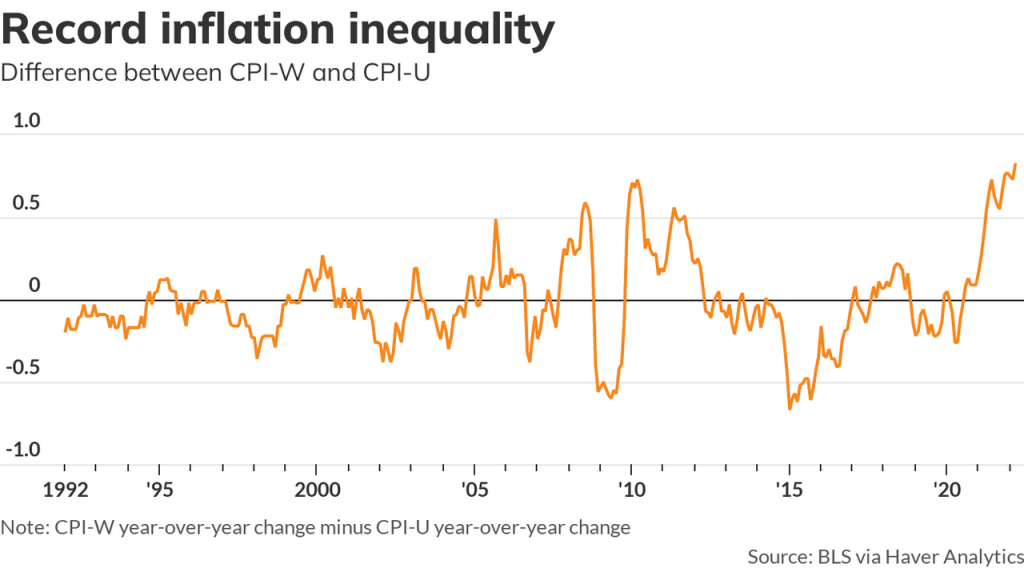 Economists distinguish between two kinds of inflation: “demand-pull” and “cost-push”. Demand-pull inflation is said to occur when there is excess demand in a situation where supply cannot be augmented, because full capacity output has been reached in one or more crucial sectors. Wartime inflation is a classic example. In India during the pre-neoliberal, dirigiste period, inflation was often the result of insufficient foodgrain output relative to demand, arising from a poor harvest.

Cost-push inflation on the other hand occurs when supplies can be augmented, as the economy is nowhere near full capacity in key sectors, but one of the classes tries to raise its share of output, by demanding a higher price for the input it provides, while other classes are unwilling to lower their shares, giving rise to a tug-of war, which manifests itself through inflation.

But no matter what kind of inflation we are talking about, it can always be controlled at the expense of the working class; and, what is more, under capitalism it is invariably controlled at the expense of the working class. If it is demand-pull inflation, then the excess demand when supplies cannot be augmented is eliminated by squeezing the consumption demand of the working class, that is, by ensuring that money wages do not rise in tandem with prices. And if it is cost-push, then reducing the share of wages, by taking steps to reduce the bargaining power of the workers, again provides a means of ending the tug-of-war. Thus, not allowing wages to rise in tandem with prices is capitalism’s cure for any inflationary upsurge.

The fact that inflation is sought to be controlled by squeezing the share of the working class, does not mean that the working class was responsible for starting the inflationary process. In fact the two phenomena have nothing to do with one another. Even when the cost-push gets started with an autonomous increase in the profit margin, as is the case with the current inflation in the US, this process can be, and is sought to be, ended by squeezing the share of wages, that is, by ensuring that money wages do not rise in tandem with prices. In the US the share of wages has clearly gone down because of inflation, as the inflation is profit-margin-push, but everybody from the Federal Reserve Board to even liberal economists, sees a further squeeze in the wage-share as the solution for inflation.

What is called “anti-inflationary policy” under capitalism is simply a way of ensuring that the share of wages goes down appropriately. Take for instance the rise in interest rates. It is supposed to reduce excess demand by discouraging borrowing from banks; but its effects are scarcely confined to reducing demand alone and not reducing capacity utilisation and employment. A rise in interest rates in short has an anti-inflationary effect even in a situation of shortages, including self-inflicted shortages as is the case now because of the sanctions against Russia, substantially through a reduction in the bargaining power of the workers by causing larger unemployment; and when there are no shortages but only cost-push causing inflation, the effect of a rise in interest rates is exclusively through the generation of unemployment and recession.

This however is not an easy process: there is no automaticity about the reduction in workers’ wage claims as unemployment increases. The resilience of the workers does get adversely affected by unemployment; but it also depends on a host of other factors. This means that their resistance to a reduction in their share may continue even when there is an increase in unemployment. In any case, the point to note here is that inflation invariably generates an upsurge in working class militancy and struggles.

This is exactly what we find today in many of the advanced capitalist countries, especially in Europe. Britain of course is the classic example. The inflation rate in Britain in the month of July reached 10.1 per cent compared to July the previous year, which is a 40-year high; and Britain is currently afflicted by a spate of strikes, by railway workers, postal workers and dock workers, demanding higher wages to offset the erosion of purchasing power because of inflation. Even lawyers and teachers are demanding higher pay as inflation soars and is expected to reach 13 percent later this year.

Likewise in Spain, Greece, and Belgium, workers are demanding higher wages to offset inflation, which in the Eurozone reached 8.9 per cent in July. Even Germany which has been less afflicted by strike action in the past compared to other European economies, is witnessing strikes demanding higher wages. Workers in the transport sector in both the Netherlands and in Germany have been on strike, the railways in the case of Netherlands and the airlines in Germany. This situation is going to become worse as winter approaches, since sanctions against Russia that reduce the flow of oil and natural gas to Europe will have their most devastating impact then.

Strikes by workers affect supplies of various goods and services, so that even if inflation originally was not caused by supply shortages, such shortages inevitably appear because of the strikes and carry forward the inflationary process.

Strikes on this scale had not appeared in the advanced capitalist world for decades. With the global adoption of the neo-liberal regime, capital had appeared supremely dominant; and even though the share of wages had declined over this period in most countries, workers’ resistance had dwindled because of greater competition among them induced by the free mobility of capital across the world. If European workers for instance went on strike demanding higher wages, then capital which was already relocating to the low-wage Asian economies, simply hastened this process of relocation, which moderated wage demands in the metropolis.

After the financial crisis of 2008, since the recovery in the advanced capitalist countries, especially in Europe, was slow and at best partial, a further constraint was introduced on workers’ militancy; unemployment greatly reduced the bargaining strength of the workers. Likewise, after the collapse of Eastern European socialism, cheaper labour became available in the Western part of the continent because of migration from the east to the west, which acted as a further stimulus to competition among workers and kept down wages in the European Union.

The current inflation therefore marks a sea-change in this scenario. Since inflation affects all workers, whether from the east or the west, whether with permanent jobs or partially-employed, whether belonging to the active army of labour or the reserve army, it tends to mute the contradictions that existed among different segments of workers earlier, and hence also the competition among them. The sheer desperation produced by rising costs of living increases the militancy among workers, whose manifestations are becoming visible in Europe. The process of controlling inflation at the expense of the working class therefore is proving to be a far more difficult job for capitalism.

The irony of the situation however lies in the fact that a good deal of this acceleration of inflation has occurred in the wake of the Ukraine war. Not that inflation was absent earlier, or was not accelerating, but this acceleration has got a strong boost from the war. The monthly inflation rate in the European Union(obtained through a comparison with the price-level of the corresponding month a year earlier), which had increased from 3.2 per cent in August 2021 to 5.6 per cent in January 2022,has reached 9.8 per cent in July 2022.The Ukraine war is not just a conflict between two neighbouring countries; it is the outcome of the desperation of imperialism in the face of its crumbling dominance. Imperialism in short is attempting to shore up its dominance by squeezing the working class in the metropolis; but this will only push the metropolis into greater difficulties. (IPA Service)