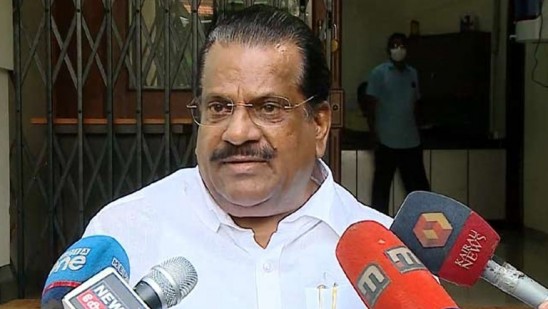 THIRUVANANTHAPURAM: The Indigo Airline’s three-week ban on CPI(M) leader E P Jayarajan from flying on the airline for his alleged unruly behaviour onboard a flight in which Chief Minister Pinarayi Vijayan was travelling from Kannur to Thiruvananthapuram, is grossly unfair and unacceptable.

A travel ban of two weeks has been slapped on Youth Congress workers, too, who protested against the Chief Minister aboard the aircraft when it landed at the Thiruvananthapuram airport.  In the incident which happened on June 13, two YC activists raised slogans and rushed towards the CM. The protest was against Pinarayi’s alleged role in the diplomatic baggage gold smuggling case.  Jayarajan, who was travelling with the Chief Minister, pushed back the advancing Kannur district Youth Congress secretary Naveen Kumar and Mattanur block president Farzeen Majeed.

An enraged CPI(M) has strongly criticised the IndiGo’s decision. The airline’s action was arbitrary and ill-thought out, said the CPI(M) state secretariat. It asked Indigo to re-examine the facts and revoke the embargo against Jayarajan.

The Congress has tried to gain political mileage out of the incident by claiming that Jayarajan had ‘wilfully’ assaulted the two YC workers who were ‘peacefully’ demonstrating aboard the aircraft! Neither the party nor the United Democratic Front led by it have so far condemned the attack against the Chief Minister inside the aircraft.  The Congress leaders have also been claiming that it was a spontaneous reaction on the part of the two YC activists!

But facts tell a different tale. Reports have it that the ‘peaceful’ protest was part of a  well-planned conspiracy to harm the CM.  Congress MLA K S Sabarinadhan was the brain behind the conspiracy, alleged CPI(M) leaders. In support of their argument, they cite a WhatsApp chat message purportedly showing   Sabarinadhan’s “involvement in the plot” to “imperil” the Chief Minister onboard the flight

Leader of the opposition V D Satheesan has accused the CPI(M) and the police of launching a political witch-hunt  against Sabarinadhan. But the facts mentioned above knock the stuffing out of the Congress stand that it was a spontaneous reaction.

The notice served on Majeed said the conduct of the YC workers amounted to unruly behaviour as per the Civil Aviation Requirements (CAR). An internal committee of the Indigo, which probed the incident, held that the actions of the respondents were acts of “level 1” unruly behaviour (physical gestures, verbal harassment, unruly inebriation, etc.)

The action of Jayarajan, the committee said, is a “Level 2” offence, which involves physically abusive behaviour like pushing, kicking, hitting, grabbing or inappropriate touching or sexual harassment, etc. The no-fly rule has a provision to ban an unruly passenger for a minimum of three months and a maximum of two years, depending on the severity of the incident.

CPI(M) leaders are, however, of the view that the ban was unfair and biased. Their contention is that Jayarajan’s timely intervention averted what could have resulted in an assault on the CM. Jayarajan himself said instead of being punished, the airline should have given him an award for saving its reputation. The airline was also wrong in giving tickets to the YC workers with a  criminal background, he opined.

Jayarajan, CPI(M) leaders said,  acted in self-defence. The first clause of Section 97 of the Indian Penal Code (IPC) provides that a person has the right to self-defence of body when his own life or that of any person is in danger. Moreover, Section 96 of the IPC also states nothing is an offence which is done in the exercise of the right of private defence. This being the legal position, CPI(M) leaders contend that Jayarajan has committed no offence to warrant a punishment. Hence their demand that the airline must revoke the ‘biased’ ban immediately.

Meanwhile, Jayarajan has declared that he and his wife, who were frequent Indigo travellers, would, hereafter, avoid travelling on the airline. EP said he would rather walk to Kannur and back should the need arise. “But I won’t board an IndiGo flight again,” he vowed. (IPA Service)