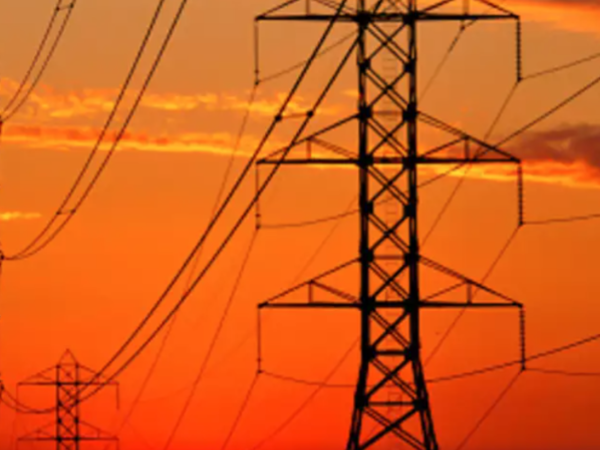 Nepal and Bangladesh are feeling the negative impact of the uncertainties plaguing power generation and related operations in India, in the wake of the Ukraine war. Neither Nepal, nor Bangladesh can expect much relief from long power cuts until more supplies can be sourced from India later this year. For the present, officials in Dhaka and Kathmandu are agreed on ensuring the immediate implementation of proposed 700 megawatt Hydropower project in Nepal, to be jointly financed with India.

The fledgling industrial sector has been hit hard in Bangladesh, a country that relies heavily on its exports especially in the garments sector. Prolonged power cuts all over the country have rendered sustained production as well as timely deliveries of items very difficult. As the beleaguered industry desperately seeks relief, there is little possibility of matters improving soon.

In both countries, the importance of setting up a strong domestic power generating system/distribution has been felt acutely. Critics allege that the official realisation comes too late. For the record, Bangladesh has the potential of producing around 22000 megawatts (MWs) daily at present — undoubtedly a big leap forward from 15/20 years ago.

Earlier this year, the Government celebrated with much fanfare a big achievement of the Energy Ministry: it succeeded in ensuring power supply to the last few unconnected villages in the remotest backwaters. But development of the transmission/distribution network had not kept pace with generation facilities. Only around 60% of the production could be effectively delivered, as pointed out by concerned experts.

Outcome: Continuing power cuts in many areas. The country imports over 1200 MWs of power daily from India and is pressing for more. But India, itself struggling with rising power demands and fighting off an exceptionally hot summer, is having trouble maintaining its own power generation from the running thermal units. Meetings even urgent demands from neighbours may not be easy for some time.

As for Nepal, given its naturally difficult terrain, generating enough power was always going to be problematic. As against a present peak demand of around 1700 megawatts, the country produces around 840 MWs maximum. Naturally Nepal has arranged for supplies from existing Indian powergrid operating within neighbouring Northern districts in Bihar and Uttar Pradesh, but it has not been possible to ensure a uniformly reliable supply all over the country as a whole.

Of late authorities in Nepal have given priority to hydropower generation, given the abundance of major rivers and springs in the Himalayan region. Major plans and programmes for generating hydropower have been worked out with India. A few small projects have already been implemented generating around 30/35 MWs.

Both countries also tried to ensure that the proposed expansion of the power sector did not contribute to increasing global warming or environmental pollution. Bangladesh has been at the forefront of countries spearheading the battle against global warming, being itself extremely vulnerable to rising of sea levels and problems of coastal/soil erosion and floods.

Nepal authorities, being dependant on the tourism sector as a major revenue earner for a landlocked country, were very worried about the increasing levels of pollution owing to trekking, climbing, rafting and other activities associated with Himalayan tourism. The priority accorded to hydro electric schemes was more a compulsion than a matter of choice, officials reasoned.

The stress on hydro projects was dictated by considerations of long term development and economic growth. Experts think the country has the potential to produce over 85,000 MWs of power, of which nearly half can be produced in the medium term with proper planning and a time bound execution of work.

While a beginning of sorts has been made since 2017 in hydropower generation, in terms of the distance that remains to be travelled, Nepali policymakers have a mountain to climb. At present generation remains well below 800 MWs!

This also means that by increasing the environment- friendly hydroelectric schemes, Nepal could easily become a relatively affluent country by selling its surplus power to neighbours like Bangladesh and India. Both countries are willing to purchase power from Nepal, setting up specially designed grids/transmission arrangements if necessary. Taking the regional power export route as an instrument of economic policy, Nepal, with its relatively smaller population of just over 25 million or so, could easily become an advanced emergent economy and be in an enviable position not unlike Sri Lanka about a decade or so ago!

Meanwhile, Bangladesh seems to be paying for its over-reliance on its declining natural gas production. The country generated about 60% of its daily production by using its own natural gas as the fuel. But over the last couple of years, supplies have been running low, as most fields have been used up.

Bangladesh currently relies on importing about 20/25% of its fuel needs by importing LNG (liquefied natural gas).

However, in recent weeks, the high consuming European Union countries have been buying up LNG especially from the US and other sources in large quantities, following their decision to stop importing Russian gas owing to Western sanctions imposed because of the Ukraine war. This has naturally pushed up LNG prices to unprecedented levels.

Bangladesh is one of the countries impacted severely by Ukraine war.. As against the earlier standard price of around $25 or so in the spot markets for LNG per MMBTu (Million British Thermal unit), the present prices are over $40 and rising . Despite its relatively stronger economy in the region, Bangladesh finds it hard to maintain existing domestic production/manufacturing levels, not to mention its exports, and faces severe economic strain.

No wonder Prime Minister Sheikh Hasina lashed out against the US recently, urging it to withdraw its anti-Russian sanctions immediately. Far from hurting Russia, the sanctions have hit the rest of the world hard. ‘We have to buy diesel, fertilizers, fuel and everything has become costlier,’ she said.

Unless things improve in the near future, hers is a cry that will find resonance among other leaders and may be heard in other countries as well. (IPA Service)