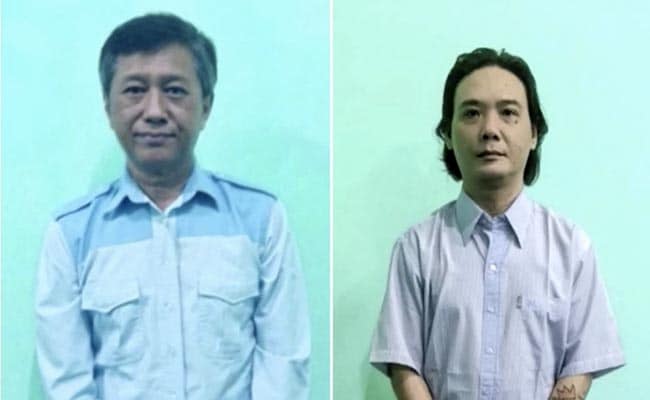 Myanmar’s military rulers on July 252 reported the execution of four pro-democracy activists — Phyo Zeya Thaw, Kyaw Min Yu, Hla Myo Aung, and Aung Thura Zaw. Ko Jimmy and Phyo Zeya Thaw were convicted under counter-terrorism laws in January while Hla Myo Aung and Aung Thura Zaw were convicted for allegedly killing a military informant in April. Ko Jimmy was a popular pro-democracy activist while Phyo Zeya was an opposition lawmaker and a close associate of former state counsellor Aung San Suu Kyi.  The convictions were awarded by military courts in closed-door trials. The bodies of the executed activists were cremated by the military authorities without informing their families. These were the first capital punishments in over 30 years in Myanmar.

As expected, the horrific news was received with shock and anguish by civil societies and governments across the world.

“The Myanmar junta’s execution of four men was an act of utter cruelty,” said Elaine Pearson, acting Asia director at Human Rights Watch. It aims to chill the anti-coup protest movement, she added. The UN Security Council has unanimously condemned the executions and called for an end to violence. The shadow National Unity Government (NUG) said, “The global community must punish their cruelty.” Calling the executions “reprehensive acts of violence that further exemplify the regime’s disregard for human rights and the rule of law”, the European Union, Australia, Canada, Japan, New Zealand, Norway, South Korea, Britain, and the United States came out with a joint statement to condemn the executions.

Separately, The White House condemned the “heinous execution” and US State Department spokesperson Ned Price said further measures are being considered and “all options” are on the table. US Senate Foreign Relations Committee Chairman Bob Menendez urged President Joe Biden to place Myanmar Oil Gas Enterprise, the Myanmar junta’s financial lifeline, under embargo. But the US response to the junta’s excesses so far has been one of wordplay and inaction. Even to the latest provocation, the US has said that China could influence Myanmar more than any other country so China needs to do more. But China has not only refrained from condemning the Myanmar military rulers for the executions, but it has also said that it doesn’t get involved in other countries’ internal matters.

This brings us to the Indian response, which came 3 days after the executions of four pro-democracy activists.

“We have noted these developments with deep concern. As a neighbouring country, we have always highlighted the need for a peaceful resolution to the issue. The rule of law and democratic process must be upheld,” External Affairs Ministry spokesperson Arindam Bagchi said.

Popular Phyo Zeya Thaw first appeared on the public scene in the early 2000s as a hip-hop pioneer. He would say prison is his second home and vowed to “never surrender”. His music videos would escape the military’s censorship as they were recorded in underground studios and played at private events. One of the songs of his band Acid went like this: “We will never change, never give up, never surrender. We will come out in full force every tomorrow.” He was jailed in 2008, where he became close to his “real life hero” Aung San Suu Kyi. In the 2015 elections, he was elected as a member of parliament on a ticket of the National League for Democracy led by Suu Kyi.

He was arrested by the Myanmar junta in November last year and convicted in January 2022 of leading several attacks on regime forces. “I am proud of him for giving his life for the country… If I could get his ashes or remains, I would like to make a tomb for him and then put an inscription on it,” his mother told Radio Free Asia.

The executions underscore the frustration of the military rulers as the flame of defiance has now become a raging inferno and has spread deep into Myanmar’s hinterland. It is a clear signal that the pro-democracy protests have turned extremely bitter and violent and it’s going to give the Myanmar military, which has been in power five out of the last six decades, a tough time ahead.

As per official estimates, over 2100 people have been killed and nearly 14,000 have been detained in the 18 months of the military coup. However, unofficial estimates have the number of death at 20,000, with a much bigger number of displaced and detained. To root out rebellion in the remote areas, the Myanmar junta has burned down at least 120 villages. It is accused of torture and massacres.

The Myanmar junta is not having the smooth rule that it might have envisaged at the time of the coup in February last year. After these executions, it will be difficult for powerful countries – the US, Japan, Australia, Singapore, and India – to continue the engagements with the Myanmar junta as business as usual. (IPA Service)