Amendment Of Forest Rights Act 2006 To Help Only Big Corporations 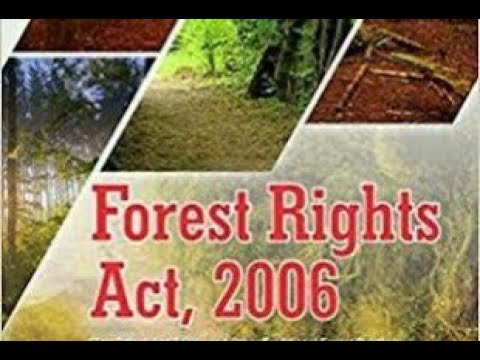 While nominating Smt Droupadi Murmu, the ruling BJP boasted as a saviour of tribal people. However, by proposing changes to Forest Rights Act, 2006, the Narendra Modi  government is doing quite the opposite by subverting the interests of tribal people to benefit big companies.

During the current monsoon session of Parliament new rules are proposed to the present Forest Rights Act 2006.These changes run against the interests of tribal people, conservation of forests and only serve large corporations. These amendments are being introduced to handover community-owned forests to private mining and pharmaceutical companies. The Union Environment ministry is introducing a bill to make amendments to the Forest Rights Act 2006. The Act was enacted in Parliament in 2006 by the then UPA government with active support from left parties to protect the interests of the tribal population. Indian forests are home to nearly 200 million people, who are directly dependent on forests for primary livelihood, while around 100 million people live on land classified as forest. In short, Adivasis living in forests are the true custodians of biological resources.

In the new 2022 Forest Conservation Rules, environment ministry introduced the rule 6(b)(ii) that liberalizes diversion of forest land to private parties with no compliance with the Forest Rights Act 2006. The changes empower the district collector overriding the approval of Gram Sabhas and transfer the forest land to private parties after charging from them a nominal fee per hectare. The acquired parties will have unlimited proprietary rights to fell trees, displace wildlife to develop the acquired land for uses that include underground mining and construction of buildings.

In British colonial times, the Indian Forest Act of 1878 was brought to regulate the movement and transit of forest produce, and duty leviable on timber and other forest produce to facilitate large scale tree felling and export of enormous forest wealth to England. Over the decades, the forest cover shrunk by nearly 40 per cent between 1810 and 1950, resulting changes in monsoon patterns, droughts and famines in Indian subcontinent. Many of the tribes, the centuries-old natural custodians of these forests lost many of their ancestral and cultural rights and were driven away from forests by colonial masters.

Primarily Forest Regulation Act 2006 was brought by the then UPA government to undo the historical injustice mooted to Adivasis from colonial British Indian Forest Act of 1878, and empower them. The 2006 Act recognizes the rights of the forest dwelling tribal communities and other traditional forest dwellers to forest resources, on which these communities were dependent for livelihood, habitation and other socio-cultural needs. Also the entities in section 6(1A) and (1B)proposed in the 2022 Forest Act Amendment Bill run against the spirit of United Nation’s Convention of Biological Diversity and the Nagoya Protocol on Access and Benefit Sharing (article 5) to which India is a party. The new 2022 Forest Conservation Rules affirm that “clear felling” is indeed “removal of all natural vegetation” from land of size up to 40 ha and above and that the present NDA government abdicating its Constitutional duties to protect the rights of STs and other traditional forest dwellers.

In the name of ‘Ease of doing business’ the ministry has now replaced Gram Sabhas, state governments, various (affected) people’s committees with a ‘lean machinery’ consisting of a few designated officers and an advisory committee at the ministry. In summary, the forest bureaucracy controls all the approvals for forest land diversification proposals. Also, the proposed amendments violate the 203 judgment of the Supreme Court mandating Gram Sabha’s approval for diversion of forestland.

Indian forests are home to about 17,000 species of flowering plants and wild animals. Opposing the amendments, biologists, conservationists and legal experts feel liberalizing the existing norms could be detrimental to ongoing forest conservation, biodiversity efforts and run against the principle of sharing commercial benefits with indigenous communities. Adivasis are custodians of biological resources, and the entities in section 6(1A)and (1B) proposed in the Amendment Bill are against the spirit of Convention of Biological Diversity and the Nagoya Protocol on Access and Benefit Sharing(article 5) to which India is a party.

The bill is being introduced in the forthcoming Monsoon session of Indian Parliament without seeking public comments, as required under the pre-legislative consultative policy in the country.

The forests are often referred as ‘lungs of the planet’ because they generally draw in carbon dioxide and breathe out oxygen. The rainforests generate over 40 per cent of the world’s oxygen. Thus, forest is defined as lungs of the Earth. Any legislative acts promoting deforestation accelerates present global warming today.

The government should immediately withdraw the proposed changes to FRA 2006 aimed to benefit large mining, pharma industries and safeguard the rights of tribals and avert further deforestation.  (IPA Service)