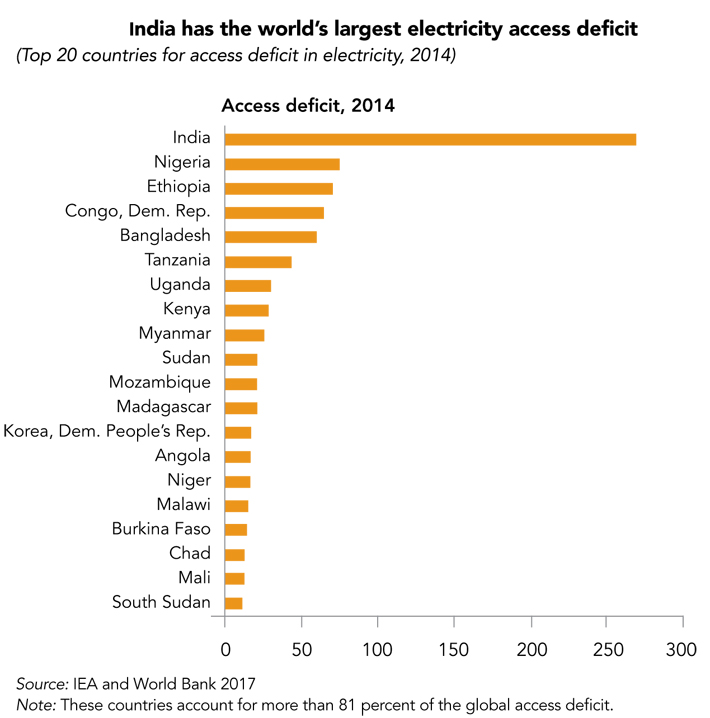 World is not yet on track to achieve the clean energy access for all by 2030, and at the current rate of progress, 670 million people will remain without electricity by 2030 – 10 million more than projected last year. Currently, 733 million people worldwide still do not have access to electricity, and 2.4 billion people still cook using fuels detrimental to their health and the environment. This household pollution caused 3.2 million deaths globally in 2019.

The 2022 edition of “Tracking SDG 7: The Energy Progress Report,” which monitors global efforts to achieve the Sustainable Development Goal (SDG7) of ensuring affordable modern energy supply for everyone by 2030 has found that advances in this direction have been impeded not only by the COVID-19 pandemic towards universal access to electricity and clean cooking fuels and technology but also as a fallout from the war in Ukraine which could result in further setbacks.

The report is a product of close collaboration among the five SDG 7 custodian agencies in the form of a specially constituted in a Steering Group:  International Energy Agency (IEA), International Renewable Energy Agency (IRENA), United Nations Statistics Division (UNSD), World Bank, and, World Health Organization (WHO).

This edition was prepared as the COVID-19 pandemic and its broad social and economic disruptions entered their third year. Some degree of economic recovery has taken place, but the pace of progress on the SDG 7 targets expected to slow down because of new challenges from evolving COVID variants and an energy crisis provoked by the Russian invasion of Ukraine, it says.

Recent progress in access to electricity was mixed, as is the outlook for 2030. The global electricity access rate rose markedly between 2010 and 2020, from 83percent to 91 percent. The number of unserved people fell from 1.2 billion in 2010 to 733 billion in 2020. The pace of annual access growth was faster than in previous years, as access infrastructure projects were finalized, but the annual rate of growth in access slowed from 0.8 percentage points in 2010–18 to 0.5 percentage points in 2018–20, because of the complexity of reaching the remaining unserved populations and the potential impacts of COVID-19. Meeting the 2030 target requires increasing the number of new connections to 100million a year. At current rates of progress, the world will reach only 92 percent electrification by 2030. As for India, it is still among the top 20 electricity access-deficit countries in the world where 14 million people still lack access though the fastest advances in electrification (about 2 percentage points) were gained between 2000 and 2020 in the Central and Sothern Asia region along with Bangladesh. India showed the largest annual drop in the access deficit about 28 million. Bangladesh exited the list of top 20 access deficit country, but India’s rank fell from third in 2018 to 17th in 2020.

From 2010 to 2020, global access to clean cooking fuels and technologies increased by 1 percentage point (0.5–1.8) a year. The increase was primarily driven by advances in large, populous countries in Asia. From 2016 to 2020, the top 20 countries with the largest populations lacking access to clean cooking fuels and technologies accounted for more than 80 percent of the global population without access. India is among these 20 countries, which accounted for the largest share of the access deficit of about 548 million people followed by China with about 352 million.

Electricity saw record shares of renewables in new capacity additions in 2021. However, rising commodity, energy and shipping prices, as well as restrictive trade measures, have increased the cost of producing and transporting solar photovoltaic (PV) modules, wind turbines, and biofuels worldwide, adding uncertainties for future renewable energy projects. Renewable shares would need to reach well over 30 percent of TFEC by 2030 to be on track for reaching net-zero energy emissions by 2050. Achieving this milestone would require strengthening policy support in all sectors and implementing effective tools to further mobilize private capital.

As for Energy efficiency, the aim was to double the annual global rate of improvement in primary energy intensity in 2010–30 versus 1990–2010 to 2.6 percent. However, in 2010–19, global annual improvements in energy intensity averaged around 1.9 percent, well below the levels needed. To make up for lost ground, the average annual rate of improvement now has to reach 3.2 percent to reach the target. This rate would need to be even higher—consistently over 4 percent for the rest of this decade—if the world is to reach net-zero emissions from the energy sector by 2050, as envisioned in the IEA’s Net Zero Emissions by 2050 Scenario.

Indicators show that international public financial flows to developing countries in support of clean energy decreased for the second year in a row, falling to USD 10.9 billion in 2019. This level represents a 23 percent decrease from the USD 14.0 billion provided in 2018, a 25 percent decline from the 2010–19 average, and a more than 50 percent drop from the peak of USD 24.7 billion in 2017. In 2019, 24 countries received 80 per cent of all commitments and India was among the top three recipients along with Nigeria and Guinea. (IPA Service)

BJP Much Ahead Of Political Rivals In Lok Sabha Poll Preparation
Posting....