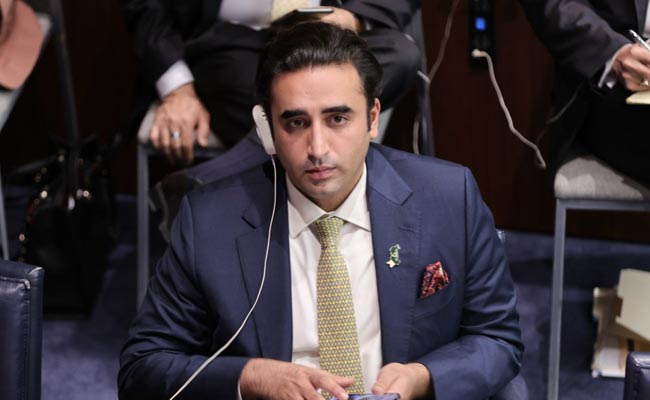 In a firm and unsparing condemnation of Bilawal Bhutto’s remarks at the UN, New Delhi said Pakistan lacks the credentials to cast aspersions on India and added that “Make in Pakistan terrorism” has to stop.

In a highly objectionable comment on Thursday, Bilawal Bhutto had said: “Osama bin Laden is dead, but the butcher of Gujarat lives and he is the Prime Minister of India.” He was reacting to Foreign Minister S Jaishankar calling Pakistan the “epicentre of terrorism” in a powerful takedown.

“These comments are a new low, even for Pakistan. The Foreign Minister of Pakistan has obviously forgotten this day in 1971, which was a direct result of the genocide unleashed by Pakistani rulers against ethnic Bengalis and Hindus. Unfortunately, Pakistan does not seem to have changed much in the treatment of its minorities. It certainly lacks credentials to cast aspersions at India,” the Foreign Ministry said in a statement.

The Pakistan Foreign Minister’s “uncivilised outburst” seemed to be a result of Pakistan’s “increasing inability to use terrorists and their proxies,” said the ministry.

“Cities like New York, Mumbai, Pulwama, Pathankot and London are among the many that bear the scars of Pakistan-sponsored, supported and instigated terrorism. This violence has emanated from their Special Terrorist Zones and exported to all parts of the world. ‘Make in Pakistan’ terrorism has to stop.”

“We wish that Pakistan Foreign Minister would have listened more sincerely yesterday at the UN Security Council to the testimony of Ms. Anjali Kulthe, a Mumbai nurse who saved the lives of 20 pregnant women from the bullets of the Pakistani terrorist Ajmal Kasab. Clearly, the Foreign Minister was more interested in whitewashing Pakistan’s role. Pakistan FM’s frustration would be better directed towards the masterminds of terrorist enterprises in his own country, who have made terrorism a part of their State policy. Pakistan needs to change its own mindset or remain a pariah,” the government said.

“The language used by the Foreign Minister of Pakistan shows that not only does he represent a bankrupt country, he is also mentally bankrupt,” said Meenakshi Lekhi, junior Foreign Minister.

“He is the representative of a failed state and is himself failed, so Pakistan is also failed. What can you expect from those who have a terror mindset?”

“Pakistan’s soil has been used to groom, shield and protect terrorism. Their nefarious plans have been exposed to the world,” Thakur said.

BJP accuses Rajiv Foundation of being on Chinese payroll