BJP accuses Rajiv Foundation of being on Chinese payroll 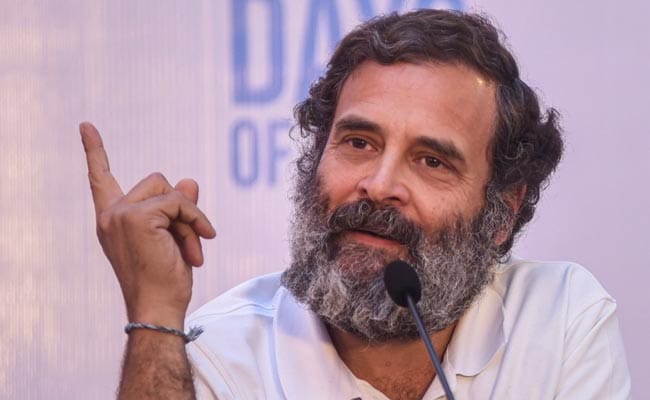 Hitting back at Congress leader Rahul Gandhi for claiming that India is ignoring the threat of war from China, the BJP on Friday accused him of trying to demoralise the military and took a swipe at his great-grandfather former Prime Minister Jawaharlal Nehru.

Speaking to journalists at a stopover during his Bharat Jodo Yatra earlier in the day, Mr Gandhi alleged that China is preparing for war and the Indian government is sleeping over it and ignoring the threat.

Responding to the comment, BJP spokesperson Rajyavardhan Singh Rathore said, “Rahul Gandhi feels there should be proximity with China. Now, he has developed so much proximity that he knows what China will do.”

“During his yatra, Rahul Gandhi has made comments about Indian security and border areas to spread confusion in the country and demoralise Indian soldiers. This is not the India of his great-grandfather Nehru, who lost 37,242 square km to China while sleeping,” he told a news conference in New Delhi, referring to the 1962 war between India and China.

He said Rahul Gandhi should not make “irresponsible remarks about national security” in a bid to “re-launch” himself.

Rathore, a former Union Minister, claimed there were numerous Chinese transgressions during the Congress-led UPA government at the Centre.

Whereas, there has been a three-time increase in spending on border infrastructure since the Narendra Modi government assumed office in 2014. The country is now firmly guarding its borders and territory, he added.

Earlier in the day, Rahul Gandhi said, “I can see the threat of China very clearly. I have been clear on this for the last two-three years, but the government is trying to hide it and ignore it. This threat can neither be hidden nor ignored. Going by their full offensive preparation that is on in Arunachal Pradesh and Ladakh, the Indian government is asleep.”

“The government does not want to hear this, but their (China’s) preparation is on. The preparation is for war. It is not for incursion, but for war. If you look at their weapon pattern, and what they are doing — they are preparing for war. Our government hides this and is not able to accept it,” the former Congress chief said.

He said this is happening because the Narendra Modi government does “event-based work” and “does not work strategically”.