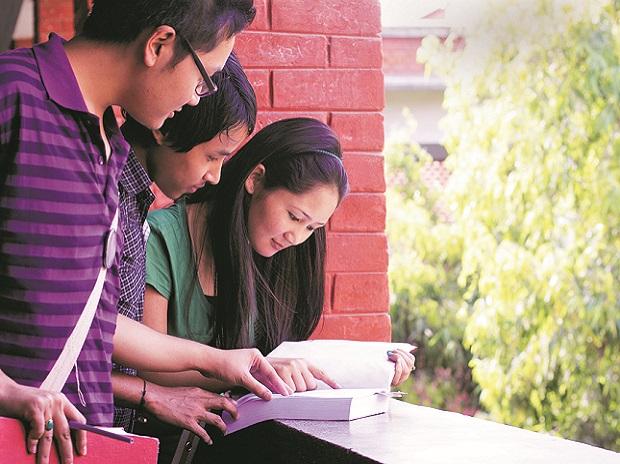 Indian students going abroad for studies cost approximately $80 billion foreign exchange, which broadly equals forex received by way of NRI remittances annually. This is a staggering figure spent by about 11 lakh students who go abroad for higher studies. This figure is only growing year after year and unlike in the past many students have started going abroad for studies even after their schooling. One of the reasons is said to be the rot that has set in the Indian educational system due to mushrooming of institutions and deteriorating standards

Very high cost of paid seats and corruption in professional colleges is yet another reason. Reservation too has contributed to the decaying of the educational system. Most of the private colleges are owned by politicians or their associates and hence fair play cannot be expected. India has almost 1000 universities, to be precise 993 — a record of the sorts. But a handful of them only are good like some IITS, IIMs, IISc, AIIMS and TIFR.

Since the demography has changed significantly.  Only scheduled castes and scheduled tribes census is part of the all India population census done every 10 years. There are 400 sub castes among Jats and 80 among Thevars in Tamil Nadu but they are clubbed as one for reservation purposes. Admission for other communities are throttled further by the rule that if backward communities get admission on the basis of merit, then his seat will not be included under reservation category. Also, if students from backward communities do not pass in a particular year, their seats cannot be set off against the quota for backward communities for that particular class.

As a result there is some dilution of standards in universities as students failing marginally are invariably passed so that the limited seats available under general category is not depleted further. The fact that sizeable percentage of the children of politicians and bureaucrats go abroad for higher education now, indicated that they themselves do not have faith in the standard of the Indian educational system, which is deteriorating year after year. Lately, many engineering college and some medical seats are not getting filled and this shows that people are losing faith in the country’s higher educational system. The Indian universities also lack facilities in spite of the fact they charge astronomical amount for paid seats. There is so much corruption in the system that even appointment of vice chancellor of a university is not on merit but on the basis of who pays the maximum amount to the political bosses. The rate is alleged to vary between Rs 2-20 crore depending upon the name and fame of the university.

Apart from brain drain with most of the good general category students prefer to go abroad. the majority of those studying abroad, do not want to return as retail corruption, unlike India, is much less in western countries. The retail corruption is where one has to bribe for getting mundane things like electricity or water connection, driving license, registration of sale and purchase of flats, land and so on. These are usually done by and large without paying bribe in western countries making life that much easy. In India retail corruption is so rampant in spite of digitization and it starts right from getting birth certificate, leave alone other things. Local, state and central administration are so corrupt that one global study had pointed out that $600 billion equivalent is lost in such corruption in India.  Some may call it speed money. This is not a small amount.  The rot is more rampant in educational system. Correcting this malice is next to impossible.

Prof R Vaidyanathan of IIM Bangalore, one of India’s best management minds said in a recent interview that the rot in the educational system is now virtually irreversible because of the political patronage it had got all the while and the only solution now is to do away with reservation and have only merit based admission for students as well as recruitment of faculty. Even B R Ambedkar, the architect of Indian constitution, was initially not in favour of reservation and reluctantly agreed to reservation for scheduled casts and tribes for first ten years as a temporary measure. Scheduled castes were given reservation of 15 per cent and scheduled tribe 7.5 per cent totalling 22.5 per cent and this was to be reviewed after 10 years. Unfortunately, the review, which takes place periodically only to be continued.

No one wants to bell the cat and any review even 70 years after independence is considered as suicidal by the political class, which keeps on adding more backward communities to for reservation. Ever since Mandal commission report was implemented by late Prime Minister V P Singh, the list of backward communities and reservation percentage has only grown. He might have failed to create a political niche for himself by playing Mandal politics, but reservation as come to stay as a policy of caste appeasement and vote bank politics so much so that talking against reservation has become dangerous and suicidal for politicians. Anything said against reservation is dubbed as anti-social reforms. But none realizes this has a serious consequences as it degenerates the entire society. (IPA Service)