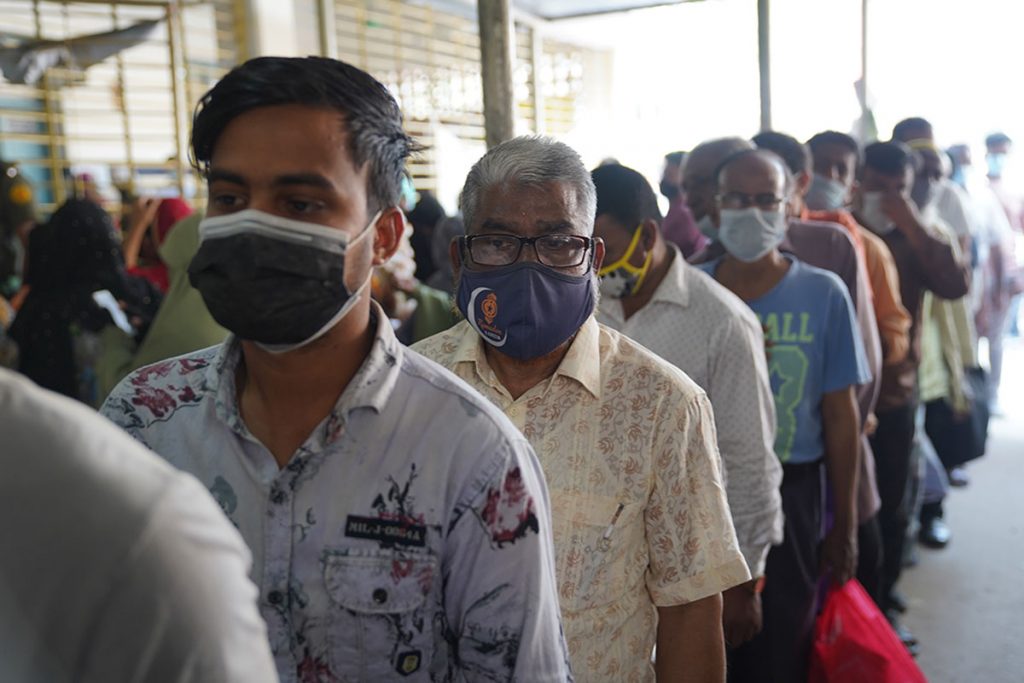 For the last two-three days, Indian media is running a story that says a Bangladeshi woman crossed the swampy Sundarban forests, also home to Royal Bengal Tigers, and then swam for an hour to cross a river and meet her Indian boyfriend. The 22-year-old Krishna Mandal had met her boyfriend Abhik Mandal on Facebook. The couple got married at Kolkata’s famous Kalighat temple before their love story got viral and the lady was arrested for illegally entering India. In her defense, she said she had no passport so she took the easier way to meet and marry her man.

Another similar story says a boy crossed over the river to buy his favourite chocolate from India but was caught by the Border Security Force on April 13 and was finally remanded to judicial custody. Earlier, the India-Bangladesh border was notorious for cattle smuggling where young calves would be herded from India into Bangladesh for slaughter. Before that, the illegal migration of refugees from Bangladesh into India kept the borders in news. Now, occasional incidents of gold smuggling and people crossing over for strange reasons make news.

The feat of Krishna Mandal in crossing the Sundarban forest and then swimming across the river to meet her love underscores the stamina and resilience of average Bangladeshis. In Delhi, a majority of rag-pickers and garbage collection people – men, women, and kids – are Bangladeshi. For decades, they have collected garbage from every neighbourhood in Delhi and lived amidst garbage heaps, sorting recyclable plastics and other wastes to create an economy that no Indian was interested in.

Delhi’s Jahangirpuri, which was recently in news for the use of bulldozers to raze down the homes of miscreants, is believed to be a major hub of Bangladeshi refugees who have been able to build their homes after decades of struggle. Bangladeshi refugees are believed to be in good numbers in India’s North Eastern states, particularly Assam, and West Bengal. Over the decades, their existence is more or less stabilized but they have not been able to escape being the pawns in the country’s politics.

Does the Bangladesh government have any stake or say in the matter? While Bangladeshi politicians and ministers have time to time reminded India that minorities should be given fair treatment, the country has not been ready to take illegal migrants back into the country. With over a million Rohingya refugees taking shelter in makeshift camps in Bangladesh, the plight of the larger Bengali community is a centrepiece agenda that no politician is ready to take up.

Against this backdrop, Krishna Mandal braving the swamps, tigers, forests, and the river makes for a stunning story of bravery and dare-devilry. It forces us to look back at the country that promised to be the home of all Bengalis.

The India-Bangladesh relations are at a critical stage and the apparent normalcy is thanks to the Sheikh Hasina regime that has been in power since 2009. Over the last decade, the Hasina government has come to represent stability in a nation of about 15 crore people with roughly 1.5 crore Hindus.

To battle the growing influence of Islamist militancy, it raised Rapid Action Battalion (RAB) with the help of the UK and US, but human rights watchdogs have put the force under the scanner for torture, killing, and forced disappearances mainly of political workers of the non-ruling parties. The US has imposed a sanction on RAB and it wants the cases brought to light to be investigated and people held accountable.

Besides, there are other irritants. Over the last few years, incidents of violence and discrimination against minority Hindus in Bangladesh have been more frequent. Recently, a video got viral where a Muslim woman was seen harassing a Hindu woman for not wearing the burqa. There have been quite a few incidents of vandalization of Hindu temples over the last year or so.

Reacting to the incident, famous Bangladeshi writer Taslima Nasreen who lives in exile in India tweeted, “Dear Muskan, In Bangladesh, a girl of your age was attacked, harassed, humiliated, insulted for wearing clothes of her choice, jeans and t-shirt. Would you defend her choice and say against those misogynist fanatics? If not, you are really not for choice, you are for Islamic clothing.”

Nasreen who had fled from Bangladesh in 1994 after Islamist fundamentalists issued a fatwa against her for highlighting violence, violation of rights, and discrimination against Hindus in Bangladesh has been barred from living in India’s West Bengal. In the last week of April, an incident in which a middle-aged minority leader was tied to a tree and beaten up by a mob of 30-40 people for not inviting another leader, a Muslim, to an Iftar party revealed the growing intolerance of the majority Muslims against the minorities in Bangladesh.

The bravery and resilience shown by Krishna Mandal have another face in the case of Bangladesh.  Both the Bangladesh and Indian Governments have to security- the former to the minority Hindus and the latter to the Bangladeshis living in different states leading normal  lives. (IPA Service)