Imran Khan’s Tenure: A Bunch Of Lies And Disappointments 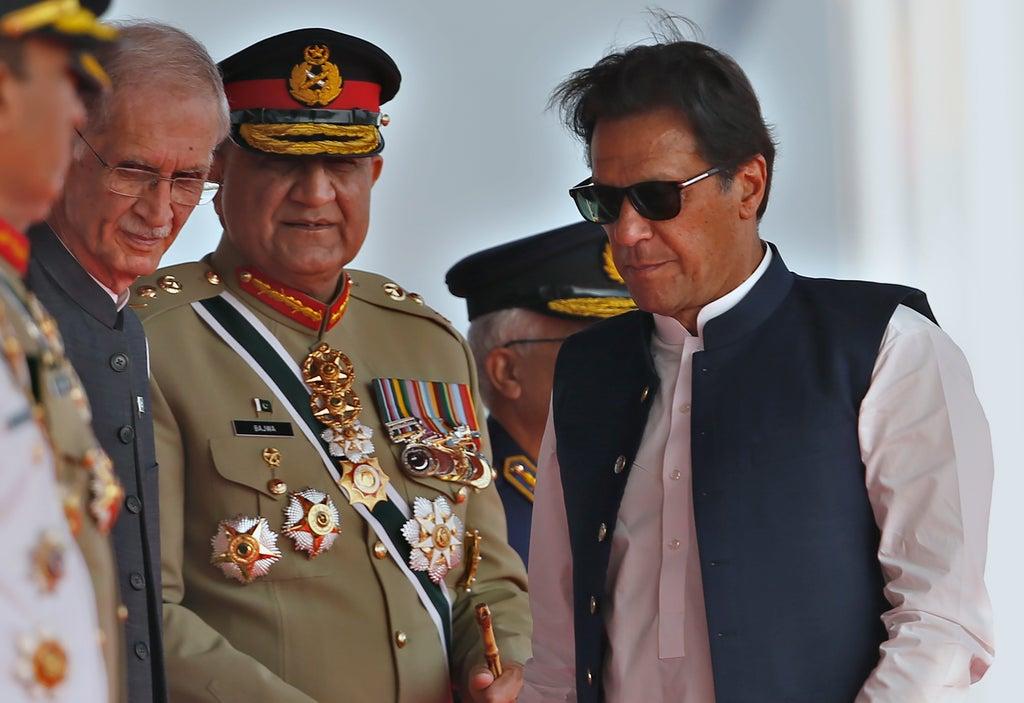 In 2018, Pakistan witnessed the rise of new celebrity Prime Minister Imran Khan, who vowed to halt dynastic politics, end corruption and boost the economy. Common Pakistanis, especially the youth, saw Khan as their only ray of hope. As before coming to power, Khan in his speeches pledged to root out corruption and lift people out of poverty. And he promised a new and prosperous Pakistan “Naya Pakistan” with the creation of 10 million jobs.

But nothing of this sort happened in his almost 4 years in power. Imran Khan just turned out to be the biggest disappointment for the masses. Pakistan was pushed into a constitutional crisis after Imran Khan avoided a no-confidence vote which was initiated jointly by various opposition parties. In response, Khan claimed that a “foreign conspiracy” was being hatched by the United States to overthrow his government over its “independent” foreign policy.  This claim of Khan is been disputed by the Pakistani military. To prove his point Imran Khan labelled a cable written by a Pakistani diplomat based in Washington, which is a routine matter as a threatening letter written by the US. Khan is just trying to portray himself as a martyr while deflecting people’s attention from his failures. Let’s have a look at the fronts where Imran Khan Niazi failed miserably.

Pakistan for quite some time has been seeing an economic meltdown with record inflation – the fourth highest in the world, ballooning foreign debt, rapidly depreciating Pakistani rupee. The increasing cost of living, unemployment and increase in utility charges make the life of ordinary people harder with each passing day. While depleted foreign exchange reserves put pressure on the rupee and eroded market confidence. Inflation became a politically explosive issue for Khan. The unrestrained subsidy schemes and Khan’s “give-away” populist schemes also contributed to the economic crisis. Both internal and external debt rose exponentially with public debt spiking to over 90% of GDP.

The running of a coalition government involves humility, consensus building, and addressing the grievances of allies. Instead, Imran Khan chose to govern without consensus, ignoring the country’s federal and parliamentary realities. This was compounded by the intensely personalized nature of his governance in which power was concentrated with one person, who took key decisions on his own rather than on the basis of well-considered advice. Personalized governance meant reliance on the instincts and ego of the leader rather than an institutional process of policy advice.

Khan has misused government institutions, especially National Accountability Bureau (NAB). To target the key Opposition leaders such as former PM Nawaz Sharif and former president Asif Ali Zardari. NAB cases against opposition figures were expected to destroy their reputation and political standing but the one-sided nature of accountability and lack of court convictions left the process in disrepute.

The PTI government damaged foreign relations of the country built over decades just for getting minor mileage in domestic politics. For example, Pakistan’s relations with France and European Union soured to an all-time low. The government signed a deal with the hardline Islamist group Tehrik-i-Labaik Pakistan (TLP), agreeing to endorse a boycott of French products and making a move in parliament to expel the French ambassador. In addition to this, relations with the Arab world are believed to be at a historic low. Khan’s new narrative is that there is a foreign conspiracy to oust him from power. His pointing the finger at the US has irked Washington and damaged relations with the US. In a real sense, Imran Khan has made a mess of the foreign relations of Pakistan.

After an initial period of cordial ties, civil-military relations have touched a new low. But Civil-Military relations became really uneasy last year over the appointment of the new Inter-Services Intelligence (ISI) chief and disagreements over governance and foreign policy issues. The rift between the government and the all-powerful army seems to be out in the open for quite some time now. The ‘one page’ is in tatters. Miranda Hussein a political analyst based in Lahore, said that the establishment and PM are not on the same page as it is illustrated by contradicting stand of the Army Chief and PM over the issue of the Ukraine war and relations with the US. It is quite evident that a tug of war is going on between the civilian government and its military benefactors.

Imran Khan continued to behave like a leader in opposition blaming all the mess on past regimes rather than a person in charge who can fix things. Imran’s government believes in running away from challenges and creating distractions to divert the attention of the masses. Rather than fixing the problems faced by the country the prime minister spent more time delivering morality lectures and religious sermons like a Mullah. Certainly, Khan knows that there is no conspiracy against him and no western power wants to throw him out. But he is trying to build this narrative to fuel his support base into believing he has been the victim of a foreign plot so that he can get some sympathy from people and also can portray himself as a martyr. (IPA Service)

BJP Leaders Demand For Ban On Meat Is Against The Indian Constitution
Posting....