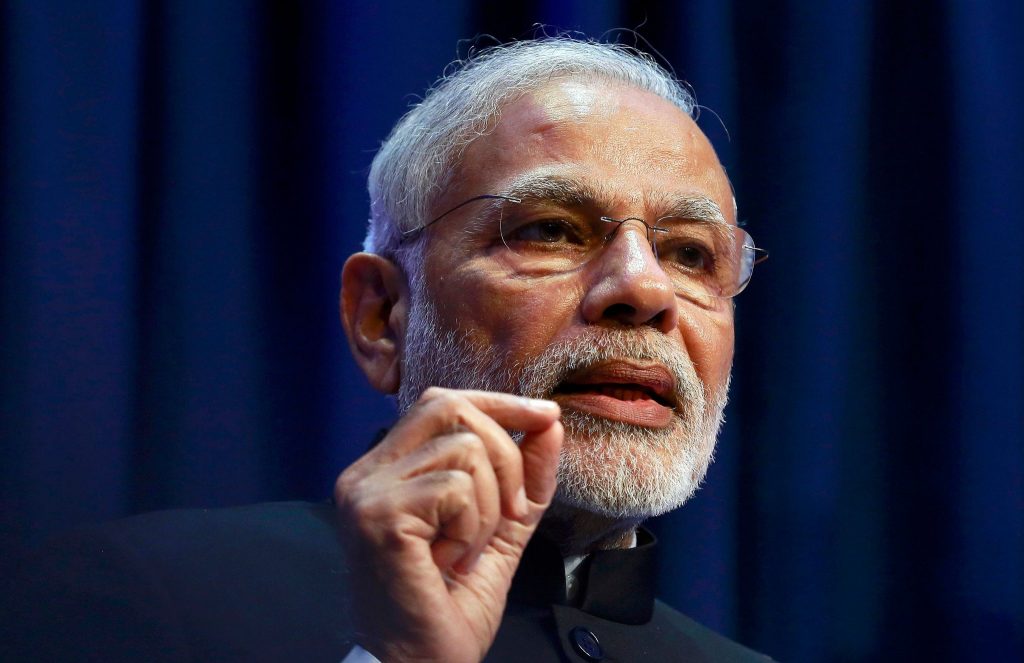 On April 5, the South Delhi Municipal Corporation [SDMC] Mayor Mukesh Suryan attracted criticism from the citizens when he wrote a letter to the SDMC Commissioner Gyanesh Bharti, requesting him to order the closure of meat shops under its jurisdiction during Navratri. Navratri is a nine-day Hindu festival, celebrated this year from April 2-11.

According to the letter, as reported by the Indian Express, Suryan wrote “During Navratri days, people visit temples to pay respect to the goddess and to seek blessings for themselves and their families. People forgo even the use of onion and garlic, and the sight of meat being sold in open or near temples makes them uncomfortable. Their religious beliefs and sentiments are also affected when they come across meat shops or when they have to bear the foul smell of meat on their way to offer daily prayers to the goddess”.

An appeal from SDMC’s counterpart, the East Delhi Mayor, came the next day. He appealed to the traders to close their shops on all nine-days or at least in the last three-days of Navratri. But no official order was published in this regard. Both Corporations are ruled by BJP.

In 2018, the SDMC also passed a resolution directing all restaurants and eateries to put up prominent boards, specifying if they were serving ‘halal’ or ‘jhatka meat‘ in their region. Halal and jhatka are two different forms of slaughters, wherein the former is permissible in Islam as it is claimed to have been designed in such a way that it reduces the pain suffered by the animal. Whereas, jhatka is killing the animal instantaneously.

Similar orders were also passed by the District Panchayat of Aligarh [DPA] and the Ghaziabad Nagar Nigam [GNN] for shutting down meat and fish shops during Navratri. The official directive issued by the DPA President Vijay Singh , as reported by Hindustan Times, gave an ultimatum to the traders that failure to comply with the same may also lead to cancellation of the licence without any prior notice. Whereas, GNN order issued by Mayor Asha Sharma, stated “It has been directed by the mayor to maintain cleanliness in temples, and to close meat shops during the period. It has been directed that cleanliness be maintained in respective zones, in temples and to ensure meat shops remain closed”, as reported by Indian Express.

The officials of the GNN claimed that such directions, which are applicable on five zones in the district, are routine orders issued every year during Navratri. The said order, which was issued on April 1, was reversed the next day stating that there is no official regulation from the government yet. However, these executive orders eventually led to ruckus between the traders, as they were ultimately forced to close shops under the fear of actions from the authorities.

Although the ban led to hue and cry between the communities, the nail in the coffin was the politically charged statements on this issue. BJP MP Parvesh Sahib, from West Delhi constituency, came in support of the ban and told the NDTV reporters, “I welcome the decision which was taken by South MCD. I want all three municipal corporations to implement this. Also, I want Delhi-NCR and the whole country to implement this”.

Loni MLA Nand Kishor Gurjar has a history of forcefully shutting down meat shops in his constituency. Last year, in October, the MLA went from shops to shops and ordered the owners to close it. According to the MP, as reported by TOI, all meat shops in Loni are illegal.

Yunus Idres Qureshi, Vice-President of the Delhi Meat Association, in response to the orders of the SDMC Mayor said, “The Mayor’s request is politically motivated”. On the other hand, Lok Sabha MP Mahua Moitra tweeted her criticism against the ban remarking “I live in South Delhi. The Constitution allows me to eat meat when I like and the shopkeeper the freedom to run his trade”.

National Conference Leader Omar Abdullah called out against the order of the SDMC Mayor and tweeted, “During Ramzan we don’t eat between sunrise & sunset. I suppose it’s OK if we ban every non-Muslim resident or tourist from eating in public, especially in the Muslim dominated areas. If majoritarianism is right for South Delhi, it has to be right for J&K.”

Essentially, 8 out of the 10 people consume meat in India including those from the majority religions. This survey can also be corroborated by the 2014 nationwide survey published by the Registrar General of India. The survey indicated that males above the age of 15 who ate meat, fish or eggs was 71.6%. Whereas, the proportion of females was marginally lower to 70.7%.

The ban started in Karnataka when various Hindu outfits including Bajrang Dal and Vishwa Hindu Parishad were found to have been running door-to-door campaigns asking people to not use halal meat, when a section of Hindus organised ‘Hosa Todaku’ after the Ugadi (New Year’s Day).

The Ugadi was celebrated on April 2, after which the Hosa Tadaku is celebrated in which those Hindus who consume non-vegetarian food, cook meat and offer it to gods.

These bans, especially the one on meat, comes down to two issues. First, are these bans necessary to maintain the sanctity of a religion? Second, if yes, how does that ban take place?

To answer the first, it is important to understand that the Constitution grants the fundamental right to carry out trade under Article 19(1)(g). The only permissible limitation of this fundamental right is through imposing reasonable restrictions under Article 19(2)-(6). However, any reasonable restriction under Article 19(2)-(6) must only be through a statutory ‘law’ as held in Bijoe Emmanuel & Ors. v. State of Kerala (1986). The orders by Mayors are executive orders and are not suffice to restrict the freedom of trade. The existence of law is a necessary requirement.

Second, even if these bans were backed by statutory law, it has to pass the tests of the golden triangle (Article 14, 19 and 21). To pass the test of Article 14, the law has to be tested through the parameters of reasonableness since the guarantee of equality is a guarantee against arbitrariness. Any law which is disproportionate or excessive, would be manifestly arbitrary as held in Sharaya Bano v. UOI (2017).

These laws prima facie fail the test of equality since the Constitution does not permit a blanket ban on meat. The only restriction, that too not without any statutory law, is the one on cow slaughter under Entry 15 of List II of the Seventh Schedule of the Constitution. The ban is not backed by a legitimate aim since it’s not just meat that people do not consume during Navratri. A blanket ban on meat whereas onion and garlic are also not consumed as even claimed by the SDMC Mayor, is unreasonable. Further, if the smell of the meat affects the sentiments and beliefs of a community, the same should be there throughout the year and not just on Navratri.

Second, if the state wants to restrict Article 19(1)(g), there must be a legitimate state interest since it will ensure that the law does not suffer from manifest arbitrariness. These bans are enforced on the grounds of respecting religious morality, in the absence of a statutory law to its effect. Morality, although a permissible ground of reasonable restriction on the right to carry out any trade, must not mean motivated by majoritarian sentiments. Constitutional morality, as observed in NCT Delhi v. UOI (2018), holds a balance against popular morality. The meat shops, that have been closed or led to forceful closure, are owned by individuals from different communities whose livelihood is dependent on it. Thus, even if the minuscule population is affected, which in this case is, the constitutional courts are bound to protect their rights as held in K.S Puttaswamy v. UOI (2017) and Navtej Singh Johar v. UOI (2018).

Moreover, it violates the right to freedom of choice of individuals under Article 21. The right to food as reiterated recently in In Re: Problems and Miseries of Migrant Labourers (2021) and the right to choose as observed in Soni Gerry v. Gerry Douglas (2018), is an intrinsic part of Article 21. Thus, it is understandable that the freedom to choose a particular food of choice would also be a matter of personal liberty and individual autonomy.

Lastly, Article 51(A)(e) of the Fundamental Duties promotes harmony and spirit of common brotherhood amongst all the people of India transcending religious, linguistic and regional or sectional diversities.

According to the Census of India, apart from the majority religions, more than 6 million people profess other religions and faith. Every religion and faith has its own custom and practice. An attempt to give these orders any legislative colour would infringe upon the secular feature of the Constitution because then it would lead to floodgates of different claims from different religious communities, shaking the very essence of Article 25. Article 25 of the Constitution allows to freely profess, practice and propagate religion.

Sans legitimacy, these bans only create societal unease leading to communal disharmony. While many communities do observe restraints on eating meat on certain occasions or eating certain types of meat, there is no logical corollary on putting a blanket ban on meat consumption for others when more than 70% of the people in India consume the same.

Thus, any political overreach, regulating from the choice of clothes to wear to the type of food to consume, is surely unwarranted and constitutionally unsound. (IPA Service)