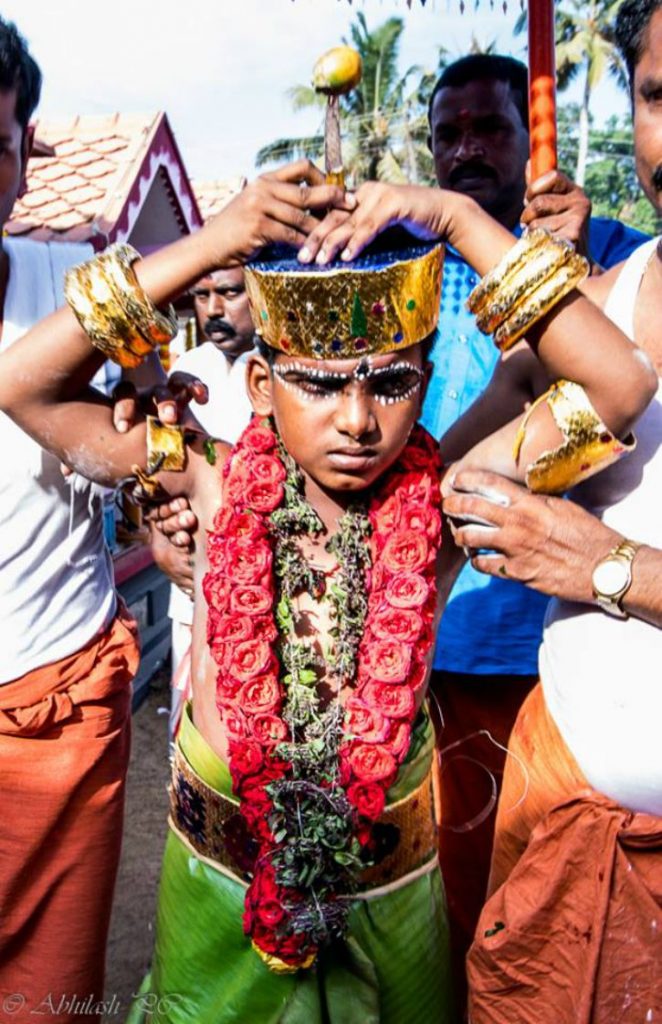 THIRUVANANTHAPURAM: A case of ‘human sacrifice’, in which two women were brutally killed, has shocked Kerala. It is difficult to believe that such an act of unspeakable barbarity should happen in a progressive state like Kerala. But that is the chilling reality to which traumatized Keralites must come to terms.

The gruesome murders, which represent a throwback to the mediavel times, happened at Elanthur in Pathanamthitta district. Insatiable greed for wealth and superstition snuffed out two precious lives. Three persons, including a couple, Bhagavan Singh, his wife Laila and Mohammed Shafi, a self-proclaimed sorcerer, have been arrested for the abduction and murder of Tamil Nadu native Padmam and Thrissur native Rosily.  The women, who lived in Ernakulam, had been missing for a long time. The trio have confessed to have murdered the two women.  Reports say it was Shafi who talked the couple into sacrificing the women, saying that the killing would bring them prosperity and wealth!

The State has witnessed as many as seven gruesome killings over the last few years.  Jolly Joseph, a native of Koodathayi in Kozhikode district, murdered six members of her family within 14 years by administering poison. The serial killings came to light in 2019.  Mysore-based traditional medical practitioner Shaba Sharif was murdered by a gang, which kept in him captivity for more than a year in Nilambur.  The killers had hacked his body into pieces and thrown them into Chaliyar river near Edavanna in Malappuram district.  In yet another incident, 25-year-old Uthara was killed by her husband Sooraj using a cobra he had bought from a snake charmer.

The shocking murders have underlined the urgent need for a legislative deterrent against superstitious beliefs and practices. Successive governments have failed to enact a law against such barbaric killings. It is not as if nothing has been done to address such gruesome killings. It was the tenure of the VS Achuthanandan-led Left Democratic Front(LDF) Government (2006-2011) that saw the first effort to tackle the problem.  Unfortunately, the move fell through for various reasons.  The next attempt was made when Ramesh Chennithala was the Home Minister in the Oommen Chandy-led United Democratic Front(UDF) Government, in 2014.  The then Additional Director General of Police(Intelligence) A Hemachandran had prepared a working draft of the Bill, Kerala Exploitation by Superstition(Prevention) Act.

Hemachandran said the three instances of killings through black magic in various parts of the State led to the drafting of the 2014 Bill. As ill luck would have it, that bill also failed to become a law.  The next effort came in 2019, when the Kerala Law Reforms Commission readied a draft Bill against superstition , sorcery and inhuman evil practices. The bill was submitted to the State Government, too. But nothing has come out of it so far. It may be mentioned that the late Congress MLA P T Thomas too had, in 2019, moved a private member’s bill demanding a ban on black magic and superstitious practices.

The draft bill prepared by the Law Reforms Commission is said to be under the consideration of the Home Department. The task was taken up by the Reforms Commission Chairman and former Supreme Court judge KT Thomas. What prompted Kerala to go in for legislation was the enactments in Karnataka and Maharashtra in the wake of the killings of social activists KK Kalburgi and Narendra Dabholkar.

The latest effort came through CPI(M) MLA K D Prasenan, who sought permission to introduce a bill to eradicate superstitious practices , in 2021.  The Government, however, did not clear it. SC and ST Welfare minister K Radhakrishnan told the Assembly that the Government had readied the draft of “Kerala Prevention and Eradication of Inhuman Evil Practices, Sorcery and Black Magic Bill and the same will be introduced in the State Assembly soon.