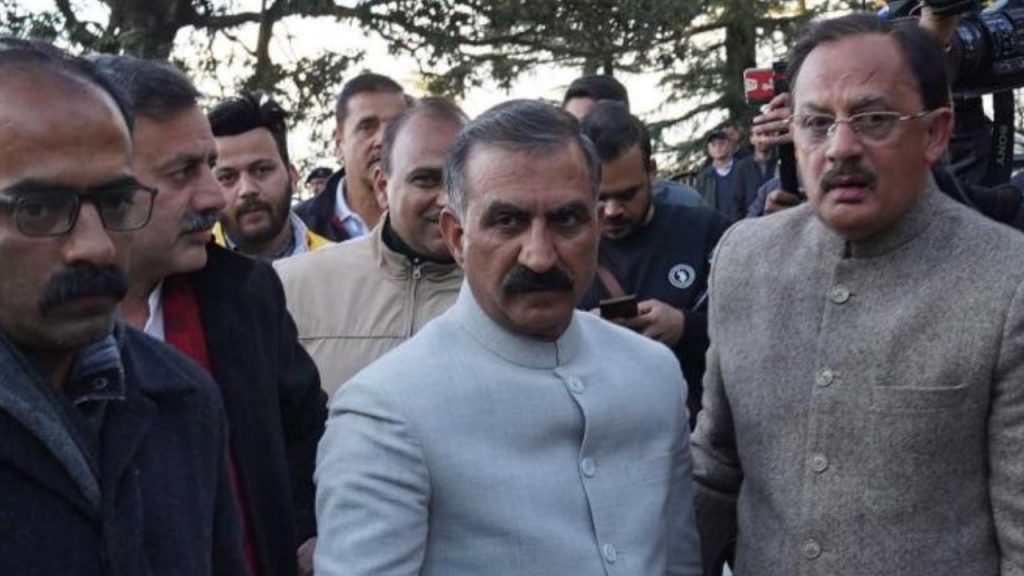 The newly formed Sukhvinder Singh Sukhu-led government in Himachal Pradesh will take up the restoration of Old Pension Scheme (OPS) in its first cabinet meeting on Friday. The promise of reviving OPS is believed to have played an important role in bringing the Congress to power in the hill state.

According to official sources, other than OPS, the cabinet will also take up the Rs 1,500 per month financial assistance to women aged between 18 and 60 — the two most important promises made by the Congress as a run-up to the assembly elections held last November.

Although the Congress-ruled Chhattisgarh and Aam Aadmi Party-led government in Punjab have already announced restoring the pension scheme, but there was no clarity on how they will financially be able to support the promise.

Himachal Pradesh CM Sukhu had announced at the victory rally in Dharamsala last week that the decision to implement OPS would be taken in the first full Cabinet meeting. A budgetary provision for the purpose had already been made, he announced, adding that the bureaucrats, who had earlier said no budget was allocated for the OPS, are now saying the scheme could be implemented.

“This shows the intent of the Congress government. A budgetary provision for giving Rs 1,500 per month to all women in the 18 to 60 years’ age group in the state has also been made. The decision to implement it will also be taken in the first full Cabinet meeting. The decision to provide 1 lakh jobs to the youth in the government and private sectors will also be announced in the meeting,” Sukhu announced.

Ahead of the Himachal Pradesh elections, the BJP was seen adopting a cautious stand on the issue. The BJP leaders had announced that they would move forward on the OPS on the basis of a report of a panel the state government had formed, with the party top brass’ approval. With the significant employee voters, the BJP’s stand seemed to have upset the section and became one of the main reasons for the drubbing.