Hate Campaign Against Minorities Is Being Normalised 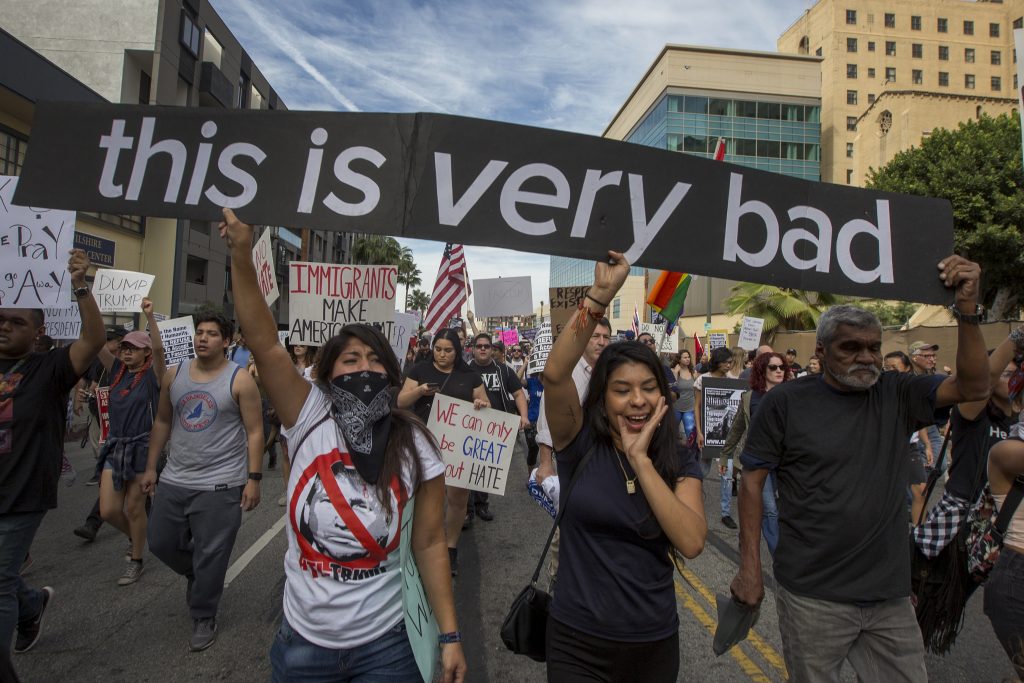 On November, 2020 The Uttar Pradesh Prohibition of Unlawful Conversion of Religion Ordinance, 2020 came into being, which was subsequently passed by the UP Legislative Assembly in 2021 as an Act. Under this Act, a person can’t change their religion without giving a prior notice to the district administration. In fact, a marriage where either of the parties have changed their religion without going through a thorough governmental scrutiny is void in the eyes of this law.

On January 1, six students from a government college in Udupi were not allowed to enter their classrooms, because they were wearing the hijab. Later on, it became a state-wide issue when the Karnataka government altogether banned the hijab inside the classrooms of Pre-University colleges. Aggrieved by this ban, Muslim students filed several petitions before the Karnataka High Court on January 31, where they sought the right to wear Hijabs inside their classrooms under Articles 14, 19 and 25 of the Constitution of India. Subsequently, on March 15, the Karnataka High Court upheld the hijab ban, and held that wearing the hijab is not a part of essential religious practices for Muslim women.

In the last few months, several hate speech assemblies have been conducted by Hindu clerics, where calls were given for boycotting Muslim businessmen, raping Muslim women and what not. Both State and non-State actors were involved in these incidents, where not only the rights to freedom of religion and belief were harmed, but an environment of hostility against people based on their religious identity was created.

When an individual’s freedom to follow or practise any religion is robbed against their wishes, it not only alienates them in the eyes of the State, but takes away their right to freedom of expression altogether. It becomes especially dangerous, when they belong to a religious minority, making it hard for them to express their needs in the face of a majority not understanding such needs under the garb of legality. So, how do these policies encompass a whole community even when in the face of it only  a few individual actors are harmed? And what does the International Human Rights Law say about this?

Article 18(1) of the International Covenant on Civil and Political Rights, 1966 (‘ICCPR’), Article 18 of the Universal Declaration of Human Rights, and Article 9(1) of the European Convention for The Protection of Human Rights (‘ECHR’) explicitly enable these, and not only protects theistic, non-theistic and theistic beliefs, but the right to not profess any religion or belief, altogether.

The freedom to manifest one’s religion or belief covers a broad range of acts across worship, observance, practise and teaching. It includes ritual and ceremonial acts giving a steady expression to such belief, practices which are integral to such acts, that is, the places of worship, display of symbols, following certain dietary habits, wearing distinctive clothing or head coverings, and so on.

Article 18(2) of the ICCPR bars coercion that would impair an individual’s right to have or adopt a religion or belief, including the use of threat or physical force or penal sanctions to compel believers or non-believers to adhere to their religious beliefs and congregations, to recant their religion or belief or to convert. Article 1 of United Nations (‘UN’) Declaration on the Elimination of All Forms of Intolerance and Discrimination based on Religion or Belief of 1981 also provides the same assurances of the freedom of religion and belief, which also includes the  “freedom to have a religion or whatever belief of his choice”, and further provides in Article 1(2) that no one will be subjected to any form of coercion which would result in an impairment of their freedom to have a religion or belief of their choice.

Under international human rights law, freedom of religion and belief has been categorised into two parts – the right to freedom of thought, conscience and religion, and the right to manifest one’s religion or belief. The right to freedom of thought, conscience and religion implies the right to hold or to change one’s religion, which is absolute in nature. It can’t be interfered with in any way. But Article 18(3) of the ICCPR and 9(2) of ECHR provide for restrictions on the right of manifestation of religion by an individual. Such restrictions can be imposed, when they are prescribed by law and are necessary in nature, for the protection of public safety, public health, or morals, or for the protection of the rights and freedoms of others.

According to the European Court of Human Rights, the term ‘necessary in a democratic society’ implies that such interference must fulfil a pressing social need and must be adequately proportionate to the aim pursued. Proportionality implies that the interests of all the stakeholders must be taken into consideration and balanced against each other. This involves a serious consideration on whether such restriction can be achieved with less discriminatory or restrictive means; a balancing of interests where nobody loses but rights come out as victorious in the end.

So, when a State without any consideration directly bans practices which are part of an individual’s religious belief or their right of manifestation, that action is not only contrary to the principle of proportionality, but shows a lack of intent on their part to accommodate the other person’s interest, especially when they belong to the minority community.

Discrimination on the basis of an individual’s religious belief, because that person belongs to a certain religion, is a common phenomenon. It is a type of violence inflicted on those people who, according to the religious majority, don’t fit into the part of the national fabric or culture. This type of narrative, in the long run, runs through various organs of the State. Many UN Special Rapporteurs have attested to this through their reports and investigations.

Some of such discriminations include disproportionate bureaucratic restrictions, structural discrimination, and exclusion on various sectors of a society such as education, labour market, housing market or healthcare system. In fact, social and economic boycotts of such communities are very much common in practice.

The 1992 Declaration on the Rights of Persons Belonging to National or Ethnic, Religious and Linguistic Minorities talks about these same rights for different categories of minorities, especially Articles 1(1) and 2(1). While religious discrimination in its entirety targets a particular religion, it can take adverse forms for linguistic, gendered, ethnic or caste groups across such a religion. For instance, in India, Bengali-speaking Muslims have been systematically harassed for decades now. They have been otherised in such a way, which not only endangers their identity but brings into question the authenticity of their citizenship in India. Bureaucratic exercises like the National Register of Citizens have categorically aided this narrative over the years for not only Bengali-speaking Muslims, but the Bengali-speaking population in general. In fact, in the cases of women of such minority groups, the danger is maximised.

There is no definite definition of the term ‘hate speech’. Different organisations and authors have defined it differently according to their own standards. Yet they all have one common aspect, that is, they all have linked hate speech to hatred for particular groups or communities, which has the capability of inciting violence. The UN defines ‘hate speech’ as any kind of communication which attacks, or uses pejorative or discriminatory language, with reference to a person or a group on the basis of their religion, race, colour, descent, gender or any other identity factor.

In the quest between free speech and hate speech, the two human rights are in conflict. On one hand, it is the freedom to convey distasteful opinion or false information, while on the other, the right to not be a victim of discrimination or prejudice, for free speech is not always about statements backed by factual accuracies and reason, but the freedom to speak whatever one wants to.

Under the framework of international human rights law, taking into consideration all the stakeholders’ issues, disputes relating to individual rights and State actions are resolved when the aim is to establish a broad framework of rights by establishing a delicate balance. It tries to bring the individual and the State on an equal footing, which domestic legislation and laws are often reluctant to do, where such reluctance leads to impunity, and a blatant disregard for the marginalised and oppressed.

Therefore, outright banning pieces of clothing and overlooking hatred for minorities does nothing but shake the balance between State actions and individual rights. It also, at some point, merges the majority and the State into one which, with the State’s already humongous power, dangerously tilts the balance precariously for the individual and their community. This balance is what the international human rights law maintains in a rights-based framework. (IPA Service)