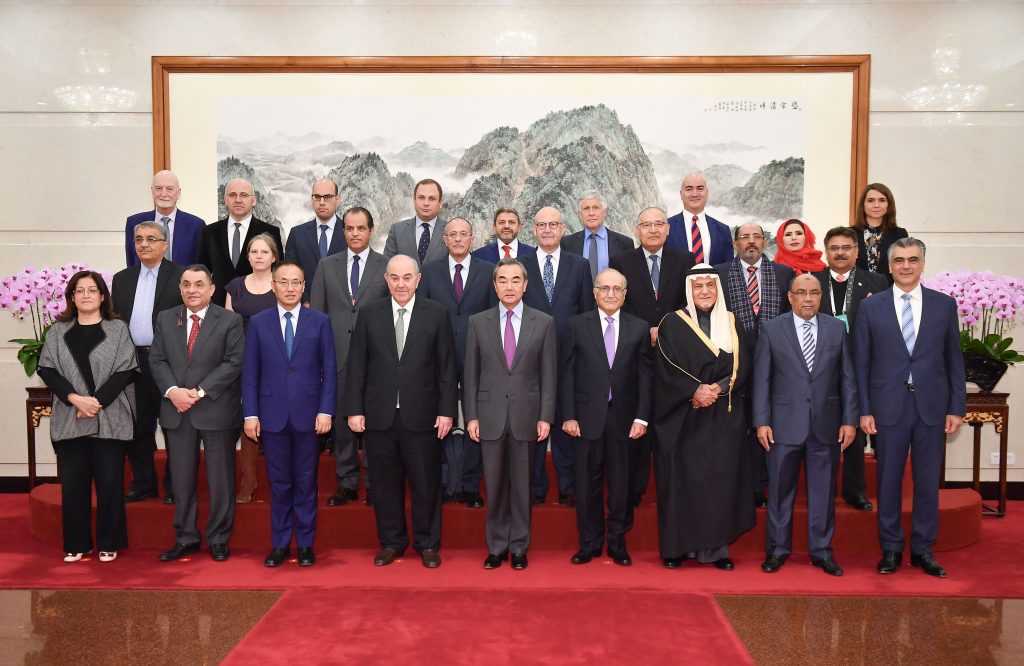 China could be entering choppy Middle Eastern waters. Multiple crises and conflicts will likely shape its relations with the region’s major powers, including Saudi Arabia, Iran, and Turkey.

The laundry list of pitfalls for China includes the fallout of the Ukraine war, strained US relations with Saudi Arabia and the United Arab Emirates, Turkish opposition to Finnish and Swedish NATO membership, the threat of a renewed Turkish anti-Kurdish incursion into northern Syria, and the fate of the Joint Comprehensive Plan of Action (JCPOA), the 2015 international agreement that curbed Iran’s nuclear program.

Drowning out the noise, one thing that becomes evident is that neither the Gulf states nor Turkey have any intention of fundamentally altering their security relationships with the United States, even if the dynamics in the cases of Saudi Arabia, the UAE, and Turkey are very different.

Saudi Arabia recognizes that there is no alternative to the US security umbrella, whatever doubts the kingdom may have about the United States’ commitment to its security. With next month’s visit to Saudi Arabia by President Joe Biden, the question is not how US-Saudi differences will be papered over but at what price and who will pay the bill.

Meanwhile, China has made clear that it is not willing and not yet able to replace the United States. It has also made clear that for China to engage in regional security, Middle Eastern states would first have to get a grip on their disputes so that conflicts don’t spin out of control. Moves to lower the tensions between Turkey, Saudi Arabia, the UAE, and Egypt by focusing on economics are a step in that direction. Still, they remain fragile, with no issue that sparked the differences being resolved.

A potential failure of negotiations in Vienna to revive the Iran nuclear deal could upset the apple cart. It would likely push Israel, the UAE, Bahrain, and Saudi Arabia to tighten their security cooperation but could threaten rapprochement with Turkey. It could also heighten tensions in Syria, Lebanon, Yemen, and Iraq, where Iran supports a variety of political actors and militias. None of this is good news for China, which like other major players in the Middle East, prefers to remain focused on economics.

The dynamics with Turkey and Iran are of a different order. China may gleefully watch Turkish obstruction in NATO, but as much as Turkey seeks to forge an independent path, it does not want to break its umbilical cord with the West anchored in its membership in NATO.

NATO needs Turkey even if its centre of gravity, for now, has moved to Eastern Europe. By the same token, Turkey needs NATO, even if it is in a better position to defend itself than the Gulf states are. Ultimately, horse-trading will resolve NATO’s most immediate problems because of Turkish objections to Swedish and Finnish NATO membership.

Turkey’s threatened anti-Kurdish incursion into northern Syria would constitute an escalation that no party, including China, wants. Not because it underwrites Turkish opposition to Swedish and Finnish NATO membership but because with Syrian Kurds seeking support from the regime of President Bashar al-Assad, Turkish and Iranian-backed forces could find themselves on opposite sides.

Finally, Iran. Despite the hot air over Iran’s 25-year US$400 million deal with China, relations between Tehran and Beijing are unlikely to fully blossom as long as Iran is subject to US sanctions. A failure to revive the nuclear agreement guarantees that sanctions will remain. China has made clear that it is willing to push the envelope in violating or circumventing sanctions but not to the degree that would make Iran one more major friction point in the already fraught US-China relationship.

In a world in which bifurcation has been accelerated by the Ukraine war and the Middle East threatened by potentially heightened tensions in the absence of a nuclear agreement, Gulf states may find that increasingly the principle of ‘you are with us or against us’ becomes the norm. The Gulf states hedged their bets in the initial months of the Ukraine war, but their ability to do so may be coming to an end.

Already Saudi Arabia and the UAE are starting to concede on the issue of oil production, while Qatar is engaging with Europe on gas. Bifurcation would not rupture relations with China but would likely restrain technological cooperation and contain Gulf hedging strategies, including notions of granting China military facilities.

Over and beyond the immediate geopolitical and security issues, there are multiple other potentially problematic issues and powder kegs.

China’s balancing act, particularly between Saud Arabia and Iran, could become more fraught. A failure to revive the nuclear agreement will complicate already difficult Saudi Iranian talks aimed at dialling down tensions. It could also fuel a nuclear, missiles, and drone arms race accelerated by a more aggressive US-backed Israeli strategy in confronting Iran by striking at targets in the Islamic republic rather than with US backing in, for example, Syria.

While Chinese willingness to sell arms may get a boost, China could find that both Saudi Arabia and Iran become more demanding in their expectations from Beijing, particularly if tensions escalate.

A joker in the pack is China’s repression of Turkic Muslims in its north-western province of Xinjiang. A majority of the Muslim world has looked the other way, with a few, like Saudi Arabia, openly endorsing the crackdown.

The interest in doing so goes beyond Muslim-majority states not wanting to risk their relations with a China that responds harshly and aggressively to public criticism. Moreover, the crackdown in Xinjiang and Muslim acquiescence legitimises a shared opposition to any political expression of Islam.

The problem for Muslim-majority states, particularly those in the Middle East, is that the era in which the United States and others could get away with the application of double standards and apparent hypocrisy in adhering to values may be drawing to a close.

China and, for that matter, Russia is happy to benefit from the global South’s reluctance to join condemnation of the invasion of Ukraine and sanctions against Russia because the West refuses to apply the principle universally, for example, in the case of Israel or multiple infractions of international and human rights law elsewhere.

However, China and Middle Eastern states sit in similar glasshouses. Irrespective of how one judges recent controversial statements made by spokespeople of India’s ruling BJP party regarding the Prophet Mohammed and Muslim worship, criticism by Muslim states rings hollow as long as they do not also stand up to the repression of Muslims in Xinjiang. (IPA Service)

Rahul Gandhi Has Turned 52 : He Is Still Young As A Politician But What Next?
Posting....