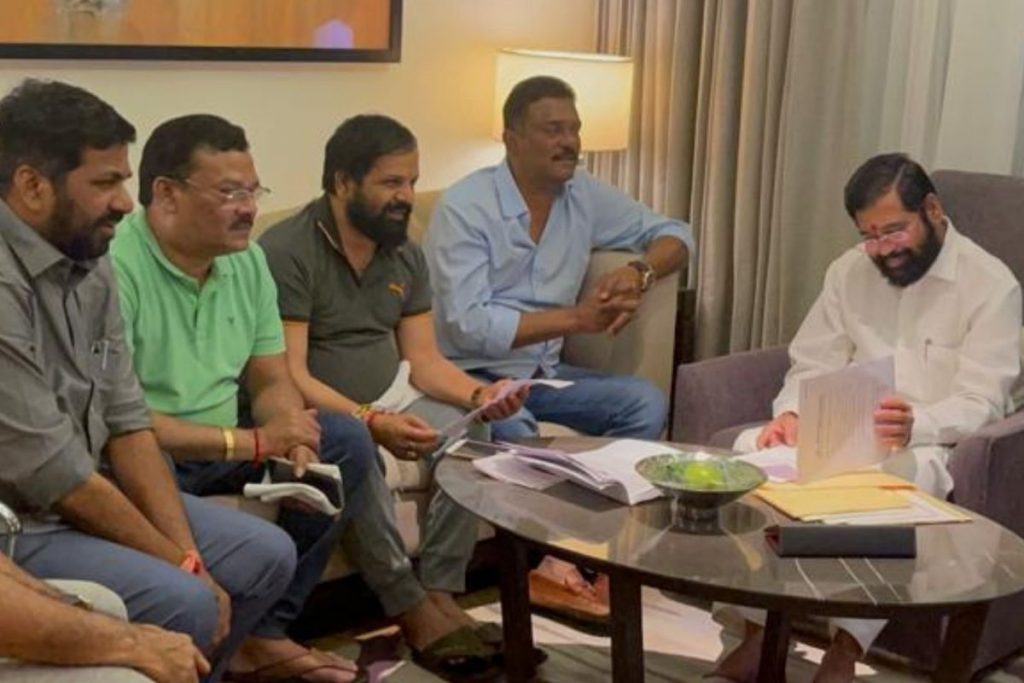 While Maharashtra Chief Minister Uddhav Thackeray was urging the rebels in a Facebook live to come face-to-face or call him and express what they want, Guwahati’s Radisson Blu was witness to different scenes with the Eknath Shinde camp strategising and calculating next move.

Shiv Sena strongman Eknath Shinde flew from Gujarat’s Surat to Guwahati in Assam in the wee hours of Wednesday and claimed to have the support of over 40 MLAs.

The Guwahati hotel where Eknath Shinde and the MLAs were holed up turned into a fortress with posse of hawk-eyed security personnel standing guard outside the luxury hotel.

Entry of common people into Radisson Blu hotel was almost barred, with the Guwahati police taking over the security from its private guards.

“We have never seen something like this , we are checking every single person. Nobody should go inside that’s it, we are looking into everything,” one hotel staff said on conditions of anonymity.

Heavy police presence is likely to continue at the hotel till the Shinde camp is lodged there, sources said.

On Thursday, after 8 pm, four more MLAs entered the hotel. As numbers grew on the Shinde camp, it showed the same off by releasing photos and videos. Sources say Shinde will take the next step once he is super confident about total number.