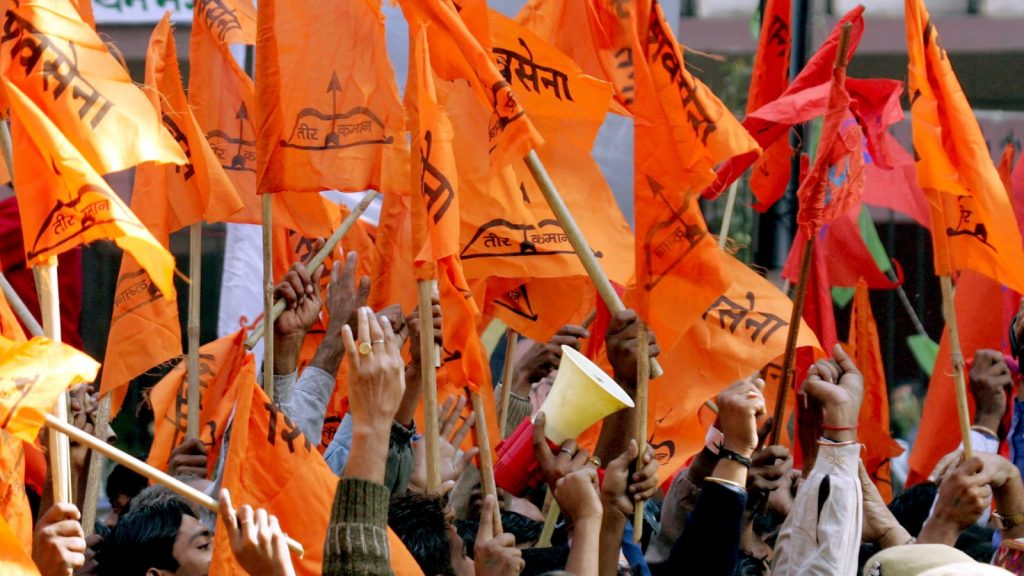 The possibility of a vertical split in the Shiv Sena seems to be getting stronger with three more MLAs heading to Assam to join the rebel camp led by Maharashtra minister Eknath Shinde who has so far claimed the support of more than 40 legislators and some Independents.

Upping the ante against the Thackerays, Shinde has even given a letter to the Maharashtra Legislative Assembly’s deputy speaker, signed by 35 Sena MLAs, replacing the chief whip of the Shiv Sena legislature party.

Stunned by the banner of revolt, Chief Minister Uddhav Thackeray vacated his official residence on Wednesday night, hours after reaching out to Shiv Sena dissidents with an emotional appeal and offering to quit. But Shinde remains defiant that the party should walk out of the “unnatural” alliance with the Congress and NCP, a demand Thackeray hasn’t responded favourably to.

The Eknath Shinde camp is now said to be preparing to lay claim to the Shiv Sena’s ‘bow and arrow’ symbol. Sources said  the faction is claiming the support of 41 MLAs to demand the use of the party’s symbol.