Gujarat Is A Favourite Of Centre When Mega Projects Are Involved 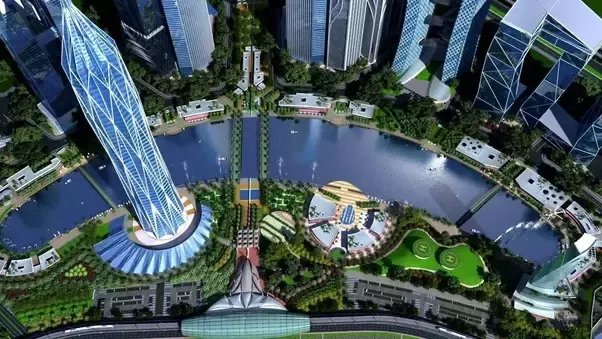 Some of the headlines make it sound like there was a fair bidding between Maharashtra and Gujarat for the Foxconn-Vedanta semiconductor project and Gujarat won the project, as well as the fair-play trophy, fair and square! Far from the truth! The fact is, Maharashtra never stood a chance, not when Gujarat is Prime Minister Narendra Modi‘s home-state with Home Minister Amit Shah an unmoving stumbling block by Modi’s side.

Modi-Shah is the unbeatable combination in current-day India. The Vedanta-Foxconn project didn’t move to Gujarat on its own volition. There was push, and there was subtle pressure. This, despite the far better offer from the previous Uddhav Thackeray Government. The reality is, Maharashtra’s chances dimmed the minute Uddhav Thackeray left the official CM residence Varsha for homestead Matoshree.

Now, it emerges Uddhav‘s successor Eknath Shinde had held a meeting with Foxconn-Vedanta officials and had urged that the JV be set up in Maharashtra. But Foxconn-Vedanta sought “central alignment”, i.e., Shinde was advised to get the Modi government on his side; meaning the Centre was the hurdle, and the Centre was favouring Gujarat over Maharashtra, so correct it, please!

There could be only one reason why the Centre wanted the project to go to Gujarat as opposed to the better-placed Maharashtra, the unspoken “Gujarat is Modi’s home-state” pressure that wouldn’t go away unless Narendra Modi was suddenly to go, which wasn’t going to happen! So, Dholera in Gujarat bagged the project, and Talegaon near Pune in Maharashtra lost despite its many advantages over the “inconvenient” Dholera.

Imagine what the Taiwanese must have thought of these shenanigans. Taiwan must by far have more commercial and industrial tie-ups with China compared to with India, but it is unlikely Chairman Xi Jinping’s home province would have been a factor in deciding venues to set up industrial projects.

Now, after the project has gone to Dholera, there is consternation in Maharashtra; and disappointment at the “missed opportunity”.

Prime Minister Narendra Modi called it an “important step”, but he rubbed Gujarat salt to Maharashtra injury when he spoke of the project’s “impact” on boosting the economy, coolly ignoring the fact that but for him and his home state, the project would have gone to Maharashtra, boosted Maharashtra’s economy, created jobs in Maharashtra along with, in Modi’s own words, the “huge ecosystem for ancillary industries and MSMEs.”

In Vedanta’s words, “history has been made” but the fact remains that but for the “central alignment” in Gujarat’s favour, Maharashtra would not have been on the wrong side of history. The alleged favouritism will remain a blot on Modi’s record as prime minister, one more reason why history will not judge him favourably.

The fact that Foxconn-Vedanta mentioned the need for “central alignment” was an indictment that there was central interference, and central pressure on the joint venture promoters. There is no other explanation for the demand to secure “central alignment”. Why should the Prime Minister’s “vision of creating a robust manufacturing base in India” favour Gujarat, and not Maharashtra?

Also, Modi thanking and expressing “deep gratitude” to the “Gujarat government and the Union IT Minister” for “helping tie things up so quickly” couldn’t have been more paradoxical. It conveniently covered up the Centre’s role in the switch. The blame-game that has now erupted between the states, and between the Maha Vikas Aghadi and the BJP, cannot have a salutary effect on the body politic, and the industrial climate in the country.

Maharashtra Chief Minister Eknath Shinde will forever carry the “missed opportunity” tag. Talegaon is not far from his home-base Thane. The MVA government had offered “capital subsidy of up to 30 percent” but the project was decided in favour of Gujarat despite the meeting between Shinde-Fadnavis and Foxconn-Vedanta.

Current Maharashtra Industries Minister Uday Samant questioned the MVA government for the “missed opportunity”, which is hogwash because the Shinde meeting with Foxconn-Vedanta took place two months before the deal was closed in favour of Gujarat; and Foxconn-Vedanta had already given CM Shinde and Deputy CM Fadnavis a last chance, asking for “central alignment” to set up the project in Maharashtra.

There is doubt if the Shinde-Fadnavis government even wrote to the Modi government seeking “central alignment”; such courage would be alien to Devendra Fadnavis, and Eknath Shinde wouldn’t make a move without Fadnavis making the first move. The fact is, if Gujarat gave to India the ‘Father of the Nation’, Gujarat has also given to India, the ‘Stepfather of the Nation’. And for obvious reasons, Gujarat is favourite child.  (IPA Service)