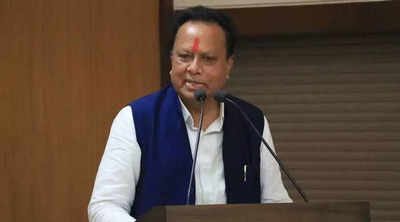 Ahead of the Gujarat Assembly polls due later this year, former BJP MLA Balkrishna Patel joined the opposition Congress on Sunday, claiming he was sidelined in the ruling fold despite his hard work and commitment. Gujarat Congress president Jagdish Thakor and former president Siddharth Patel welcomed Balkrishna Patel (66) into the Congress at the party headquarters here.

Balkrishna Patel represented Dabhoi seat in Vadodara district between 2012 and 2017 as the BJP MLA. He had defeated Congress’ Siddharth Patel in 2012 to become the legislator.

“I had worked hard for strengthening the BJP at the district and taluka level for many years. I was not given a ticket for the 2017 elections though I was then a sitting MLA. Even my son was denied a ticket for the not-so-important district panchayat polls. I left the BJP because I was being constantly neglected and sidelined,” the former legislator told reporters.

In 2017, BJP’s Shailesh Mehta was elected from Dabhoi seat after defeating Congress’s Siddharth Patel. Balkrishna Patel said he joined the Congress without any expectation of a ticket for himself or his son in the Gujarat Assembly elections due this year-end.