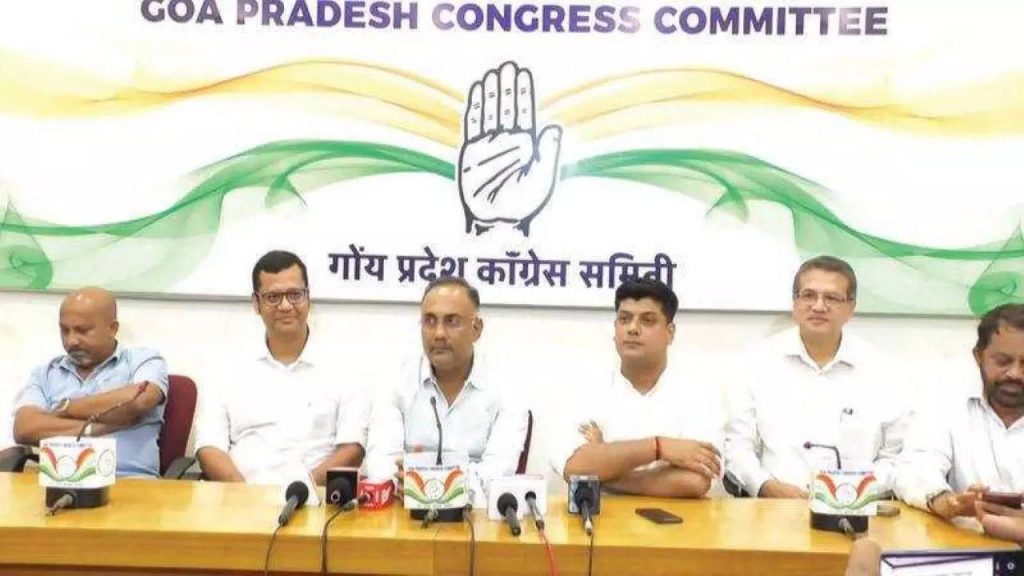 One, the Bharatiya Janata Party does not need the current kerfuffle in Goa. It is already in power there. But the fact that Goa is a neighbouring state to Maharashtra does betray that the disease is contagious. If Maharashtra was engineered to overturn a post-poll “unnatural” alliance, Goa is a straightforward attempt to annihilate the Congress (like with the Shiv Sena in Maharashtra), bringing Prime Minister Narendra Modi’s ‘Mission Congress Mukt’ closer to culmination, the voting public’s preferences be damned.

The attempt to embarrass the Congress smells, but the Congress high command has its nostrils plugged. The Congress leadership’s unnatural dependence on powerful Delhi satraps and the likes of Dinesh Gundu Rao is a symptom of the disease. These Congress leaders are no different from their “boss” Rahul Gandhi, all of them content in their squared out comfort zones.

Now, those who have witnessed the good old days of the grand old party and had partaken from the spoils of Congress success, are in panic mode, hyperventilating at the euthanasia-hit Congress. It is not as if the BJP is poaching Congress MLAs to grab power; in the case of Goa there’s no need for an Eknath Shinde.

Several “political analysts” are convinced that after the Congress is rendered ineffective, the regional parties will not escape the BJP’s voracious maw. These analysts cannot take it that the Congress is disintegrating, bit by bit, piece by piece in states across India. And they are asking how, and why? In Maharashtra, there is ‘ED-rule’, could it be that the ‘ED’ is working its unholy magic in Goa, too?

Dinesh Gundu Rao is Congress leader in-charge of Goa. He is adamant there is nothing to worry despite doubting the intentions of state leaders like Michael Lobo and Digambar Kamat. This even as “five to six MLAs” went incommunicado in a replay of Eknath Shinde playbook. For Rao, it’s as if there is no Lobo, or Kamat, only speculation that Congress MLAs were “in talks with the BJP”.

Gundu Rao is among those who appear unaware of recent happenings in the Goa Congress. When people think of Goa, they picture golden beaches and fun-loving Goans enjoying their pork vindaloo. Oops! Underneath the sand, there’s the ugly truth of spineless politics, defections followed by more defections.

The Congress has been hit by a spate of defections to the BJP. In 2017, the Congress was the second largest party in the Goa assembly with 17 MLAs. On the eve of the 2022 assembly elections, that number had been whittled down by 15. In 2019, 10 Congress MLAs joined the Bharatiya Janata Party.

That said, the Congress was like the rock of Gibraltar, nothing seemed to shake it out of its reverie. But then, isn’t it the same Congress which has steadfastly refused to address the G-23 dissent? For Dinesh Gundu Rao, the Goa developments are canard and speculation, but for those who are diehard Congress supporters, they’re an extension of the death wish that has gotten hold of the Congress.

At this rate, there wouldn’t be much left of the Congress in 2024, when Narendra Modi and Amit Shah will mount a second attempt at staying in power. And Modi & Shah are replacing the Congress in the electorate’s mind with their own brand of minority appeasement. Confident that the BJP’s Hindu vote bank is brainwashed with TINA, Modi is making a concerted bid to win over the ‘Pasmanda Muslims’ to his side.

The ‘Pasmanda’ make up 80 percent of the total Muslims in India and they have their own aspirations as opposed to that of the ‘Ashrafi Muslims’. Modi and the BJP with their newly coined slogan “Fulfilment of All” is aiming for the moon, the crescent moon! And the Congress will be the biggest loser in the constellation of opposition political parties.

The BJP will go to any extent to cement its hold on the Centre, retain power in Delhi. It is not for nothing that Modi works 18/24. The man has gotten used to being Prime Minister, and he isn’t going anywhere; least of all join the stalwarts in the Marg Darshan Mandal. In any case, Amit Shah stands between Modi and any challenge to Modi from within.

The recent Hyderabad national executive of the BJP laid out a blueprint. If the Pasmanda Muslims are being wooed in Uttar Pradesh and Bihar with blatant appeasement, keeping the main opposition Congress unsettled in states like Goa raises the confidence level of the party’s rank and file. Last heard 5/6 Goa Congress MLAs had gone incommunicado, exactly like Eknath Shinde and his rebels. The Congress has 11 MLAs in the assembly and if eight of them leave, the anti-defection law will rest in peace! (IPA Service)

Boris Johnson Is Determined To Prevent Rishi Sunak From Occupying His Place
Posting....