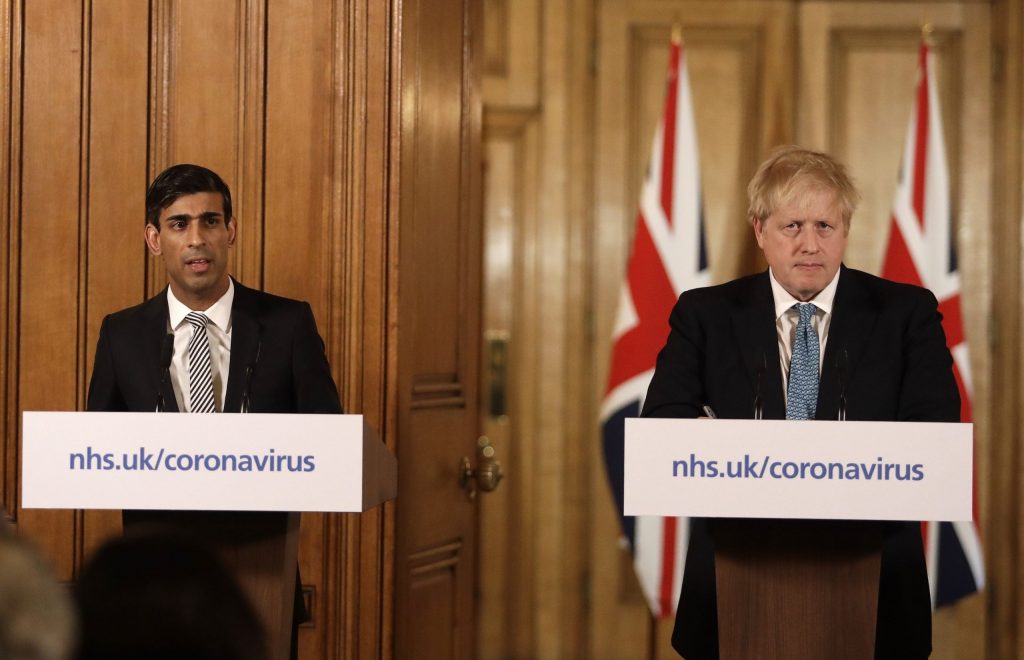 Number of the claimants for the office of the prime minister in Britain is quite alarming. Every fourth law maker of UK is striving to grab the post. If the present trend is any indication, it can safely be said that Conservative leadership election is quite open with candidates from almost every ideological wing of the party in the race. But one aspect of the election is quite significant and it is the trial of strength between the Brexiters and Remainers.

Apparently the ministers resigned at being frustrated with Boris Jhonson’s inability to run the government and cope with the economic crisis that stared at the nation, but the leaders are not too willing to speak out the real reason. Boris is accused of creating economic mess. But it was his lies, if the concerned persons are to be believed, he lied at least 33000 times during his tenure, and utter failure to gain from the Brexit that made his ministerial colleagues to revolt. It is said that the country might not have been put in such a precarious situation if he had listened to his ministers. Inflation in the country has reached an annual rate of 9.1 per cent, the highest in four decades, driven by supply chain disruptions from pandemic lockdowns and the war in Ukraine.

Besides other aspirants, there are at least eleven prominent faces in the run. But the main contenders are Rishi Sunak, Sajid Javid, Tom Tugendhat, Mordaunt and Jeremy hunt. But Sunak and Sajjid are heading the list. Nonetheless Sunak is facing the worst kind of resistance from Boris.

Rishi Sunak, former Chancellor of the Exchequer (finance minister) has promised to rebuild the economy and restore trust in the Conservative Party. Johnson is angry with him for the reason that instead of standing by his side he was the first to lead the revolt followed by Sajjid. Sunak’s promises have attracted the attention of the Britons, but the question is being raised how far he  would succeed in his endeavour. He also said he wanted to give everyone the opportunities the U.K. gave to his immigrant grandmother. Some hardline Tories do not welcome this broadly pro-immigrant message. But he has succeeded in attracting wider audience. Sunak’s politics are very dry on tax and spending: like Philip Hammond and George Osborne before him. He favours getting the public finances under control, in his case even where it has meant raising taxes in the face of an economic downturn.

Long seen as Johnson’s most likely successor, ironically it is supporters of Boris who are out for his blood. A fresh bogy has been has started raising questions over his private wealth and family’s tax arrangements. Nevertheless a recent poll of Conservative members who will eventually vote to elect new leader put him on top. Sunak, 42, has a high profile on social media — launching his bid in a slick video posted to Twitter — and won plaudits for shoring up the economy during the pandemic. But his apparent reluctance to embrace the immediate tax cuts being promised by rivals could harm his prospects.

Most of other candidates swear by Brexit. They are aware that the key to success is with the Brexit. Launching his candidacy Tugendhat struck a unifying note, promising to “bridge the Brexit divide”, but he also called for the immediate reversal of the recent national insurance increase – which Labour also opposed.

An ardent Brexiter, Mordaunt infuriated remainers during the 2016 referendum campaign by wrongly claiming the UK would not have a veto on Turkey joining the EU. On economic policy she is towards the Tory left. She is also a keen advocate of LGBT rights.

The new chancellor Nadhim Zahawi is dependent on the support of Boris. It is widely speculated in the political circle that Boris may throw his weight behind him as he is described as the chum of Boris. The second richest MP in parliament behind Sunak the new chancellor has already hinted he would like to see business taxes cut. Though Johnson has pledged to save major fiscal decisions until a new leader is in place, he has suggested other tax cuts could be in the pipeline,

Of all the candidates Kemi Badenoch has been most candid. The former equalities minister, who is known for her willingness to embrace controversy over culture war issues, said she was putting herself forward because she wanted to “tell the truth”. The MP for Saffron Walden also hit out at “identity politics” and said Johnson was “a symptom of the problems we face, not the cause of them”. She added she supported lower taxes “to boost growth and productivity, and accompanied by a tight spending discipline”.

Foreign Secretary Elizabeth Truss, 46, who has been at the forefront of the British response to Russia’s invasion of Ukraine, is a favourite of grassroots Conservatives. At first, she opposed Brexit but later, after a 2016 referendum on the move, said she had decided to support leaving the European Union.

Sajid Javid who also quit as health secretary along with Sunak on Tuesday and had previously resigned as finance minister in 2020, is also a major contender. The 52-year-old son of a Pakistani immigrant bus driver was previously a high-flying banker. Like Sunak, he also faces questions about his personal wealth and tax affairs but tried to brush them off in media interviews promising a raft of tax cuts. Javid is a believer in free-market capitalism, individualism, and small-state government. He is also a fan of former UK PM Margaret Thatcher. He rose from modest beginnings. His father worked as a bus conductor. He pursued a successful career in the City before becoming a Tory MP in 2010. As health secretary, Javid shifted the government’s COVID-19 policy away from mass restrictions and towards individual responsibility.

Tom Tugendhat, the prominent backbencher who is the chairperson of parliament’s Foreign Affairs Committee was the first to launch his bid. A former army officer who served in the Middle East, is also a hawk on China and has been critical of the government’s handling of the troop withdrawal from Afghanistan. The 49-year-old is pitching himself as a “clean start” after Johnson’s turbulent period.

The change in the UK leadership has raised questions in India as to whether the two sides will be able to conclude a free trade deal by the target date of October 2022, which was announced by Johnson during a visit to New Delhi in March. Many in Johnson’s camp see his departure from 10 Downing Street as being precipitated by Sunak’s resignation and are therefore determined to block his campaign. (IPA Service)