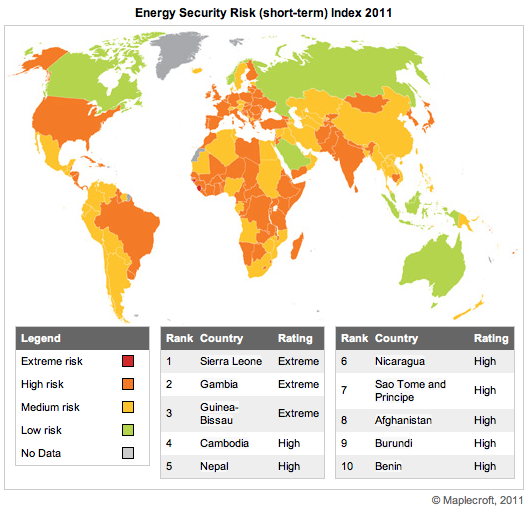 The next eight years of the present decade would be decisive not only for Net Zero by 2050, but also to ensure energy security. The world is already not on track to achieve SDG target of providing universal access to affordable, reliable, sustainable, and modern energy by 2030, which may fall short by a wide margin. Climate change has further threatened the energy security, that the world can overcome only by a complete transformation of the energy sector, which is responsible for around 75 per cent of global greenhouse gas emissions.

The new report of the World Meteorological Organization (WMO) has said that the energy sector needs to double electricity form clean energy sources by 2030. It is urgent in order to limit the global temperature rise which threatens the global energy security. The report titled “2022 State of Climate Services”, which includes input from 26 different organisations, has zeroed in on energy, since it has been a key factor in climate change, the demand of which has jumped 30 per cent over the last ten years. “We need a complete transformation of the global energy system,” says WMO Secretary General Prof Petteri Taalas.

If supply of electricity from clean energy sources is not doubled within the next eight years, there is a risk that climate change, more extreme weather and water stress will undermine our energy security and even jeopardize renewable energy supplies, the report warned.

The past seven years have been the warmest on record causing dangerous and widespread disruption in nature and affecting the lives of billions of people around the world. Energy sectors, as it is now, contributes almost three quarters of GHG emissions, and hence major transitions are required in this sector.

In 2020, about 87 per cent of global electricity generated from thermal, nuclear and hydroelectric systems directly depended on water availability. Meanwhile, 33 per cent of the thermal power plants that rely on freshwater availability for cooling are already located in high water stress areas. This is also the case for 15 per cent existing nuclear power plants, a share expected to increase to 25 per cent in the next 20 years. About 11 per cent of hydroelectric capacity is also located in highly water-stressed areas. Approximately 26 per cent of existing hydropower dams and 23 per cent of projected dams are within river basis that currently have a medium to very high risk of water scarcity.

The report warns that most countries are likely to experience more frequent or intense extreme weather, water, and climate events. This also affects nuclear power plants, which not only depend on water for cooling but are also often located in low-lying coastal areas and hence are vulnerable to sea-level rise and weather-related flooding.

Despite these risks, energy security is a low priority for adaptation. Just 40 per cent of nationally determined contributions (NDCs) submitted to UNFCCC prioritize adaptation in the energy sector, the report pointed out. The lac of recognition of the importance of climate services has led to a lack of demand and finance. Climate adaptation-focused investments in the energy sector remain very low, at just over US$ 300 million, during 2019-2020.

Since CO₂ concentration in 2020 reached 149 per cent of pre-industrial levels, all countries need concentrated efforts to transition to low-carbon energy. Such a transition is all the more important in respect of water-energy nexus, which will contribute substantially in alleviating water stresses. However, the current pledges made by countries fall well short of what is needed to meet the objective set by the Paris Agreement – limiting global warming to well below 2⁰C – leaving a 70 per cent gap by 2030.

The 3.7 TW from renewables in 2030 pledged in the 56 per cent of NDCs with quantified renewable power targets, if implemented, represent less than half of what is needed to keep the 2⁰C goal alive. The pathway to reach the Paris Agreement long-term global goal on temperature requires 7.1 TW of clean energy capacity to be installed by 2030. Moreover, the recognition of the need for services to support renewable energy is particularly low – just 6 per cent of NDCs mention climate services for energy for mitigation.

Climate services are needed to ensure the resilience of energy systems to climate-related shocks and to inform measured to increase energy efficiency. However, specialized services for renewable energy are sub-optimal. Just 25 per cent of WMO members maintain a dedicated observing network for energy services, and only 18 have access to observational or simulated data.

The radical transformation of the global energy system requires a significant increase in annual investment in energy from just over UD$ 2 trillion to almost US$ 5 trillion by 2030. Current levels of investment in renewable energy need to at least triple to put the world on a net zero trajectory by 2050, according to the Climate Policy Initiatives.

However, internationals public financial flows to developing countries in support of clean energy decreased in 2019 for the second year in a row, falling to US$ 10.9 billion. This level of support was 23 per cent lower than the US$ 14.2 billion provided in 2018, 25 per cent lower than the 2010-19 average, and less than half of the peak of US$ 24.7 billion in 2017. (IPA Service)

Unilateral Imposition Of Hindi Will Lead To Disunity And Discord In India
Posting....