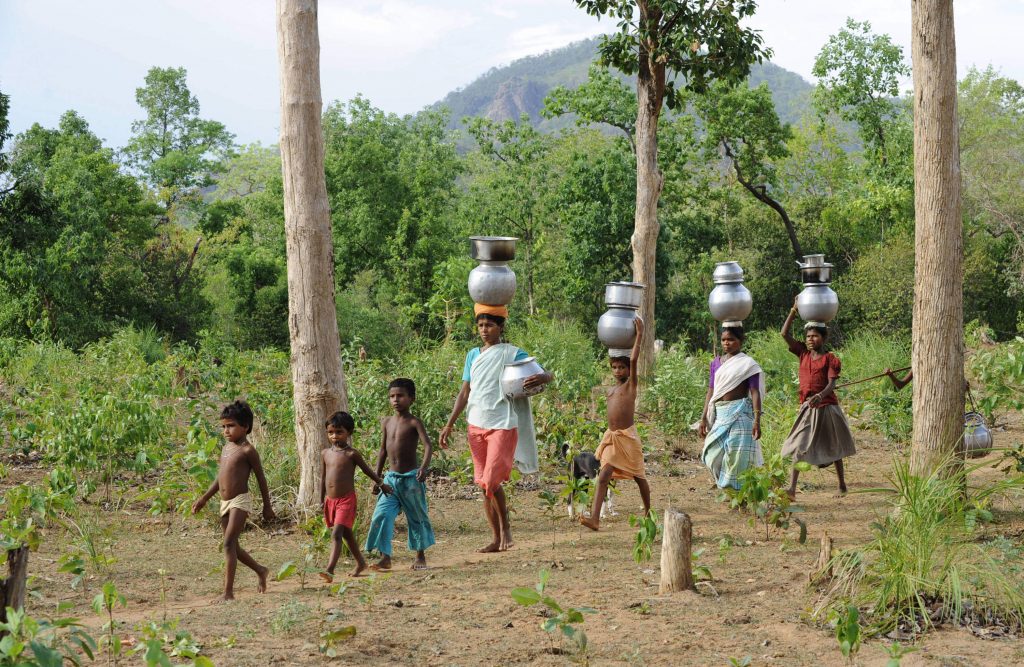 In West Bengal, the administrative deadlock with the centre over the mandatory provision of 100 days work for unskilled rural people under the MNREGA scheme drags on, adding to the political concerns of the ruling Trinamool Congress(TMC) Government. This project, suspended since last December in the state, is the centrepiece of the Central government-aided social welfare schemes.

At present, Bengal remains the only state in India where the centre has stopped financing the scheme, on grounds of major corruption and mismanagement. The NDA Government ordered a halt in the works in West Bengal following an official inquiry into repeated allegations from local people and political parties in many areas

During the last few months, the centre had sent several official teams to the state on a fact-finding mission to assess the situation. Earlier the state government had routinely dismissed all complaints of corruption and other misdemeanours in the conduct of welfare projects as’ baseless’.

Mostly, opposition leaders and others accused the ruling TMC government of siphoning off money, materials and related material assistance mostly to its own supporters/activists in different districts.

The Central teams visited 12/13 out of 20-odd districts on their own, over a few weeks, without interacting much with state officials. The idea was to avoid, as is mostly usual during such official visits, a conducted tour programme arranged by the state government..

TMC leaders, sensing trouble, had taken a series of evasive steps to make sure that matters did not go out of control. Complainants alleged that the state government, even while implementing centrally financed schemes, had changed the name and at times the format of the projects, in many districts. The schemes were presented to the local people as state Government –aided projects and pushed through under different names.

This was the most serious allegation, as far as the BJP-run NDA Government was concerned, given the unconcealed political hostility that exists between the BJP and the TMC.

It needs stressing that centre took the matter more seriously than before largely through the initiative of BJP leader of the opposition in the state Assembly, the influential Mr Suvendu Adhikary. As Mr. Adhikary, (who had the unique satisfaction of defeating Chief Minister Mamata Banerjee in the 2021 state elections, causing major embarrassment to the TMC) claimed, he had supplied to ‘Delhi authorities’ many details of the ruling party’s corruptions and its alleged misdeeds in public welfare projects.

There were widely reported incidents of TMC workers frantically arranging fresh signboards and other items in interior district offices, proclaiming correctly this time that local road building, pond digging, tree planting works etc were being carried out by the centre, not by the state. There were reports too, of TMC activists ‘working’ beyond midnight in some district offices to draw up ‘fresh’ documents relating to payments etc made in connection with the projects.

The TMC’s contention, expounded by Chief Minister Banerjee herself and other state Ministers on several occasions, was that most welfare schemes were carried out on a 60;40 basis in terms of official expenditure, with the Centre as the major partner. There was no reason therefore why rural house-building programmes, for instance, should be described as the Prime Minister’s project, with no mention of the state Chief Minister. She had ordered state officials to put up the state’s own signboards/banners etc, with no mention of the centre, in the districts.

While the visiting officials sent from the national capital avoided briefing the Bengal-based press, they did meet state officials after completing their work. They drew attention of state officials of the various irregularities they had found and suggested that the state take corrective measures immediately. Further, they confirmed finding evidence of major financial corruption in some areas involving officials as well as locally elected Panchayat leaders, mostly belonging to the TMC.

They made it clear that their negative report about the state of affairs in West Bengal would lead to an immediate halt in the works. But the centre would resume its financial assistance and other support as soon as the state filed its own compliance report after having taken its own corrective measures in several areas.

The major business entrusted to state authorities, explained central officials, was to help recover the official monies misused through corruption/defalcation etc. Central team members said they were shocked to find concrete instances of corruption: there were no trees in areas where afforestation work was supposedly done, nor water bodies where new ponds were shown to have been created on paper, in some areas.

Accordingly, state officials, now having taken some corrective measures in some areas, and recovered official money to the tune of around Rs 2 crore , reported back to the NDA Government( to Union Minister for Rural Development, Mr. Giriraj Singh) that by and large order had been restored. The centre should now resume the 100 days’ rural work scheme.

Unfortunately, Delhi-based officials were not impressed by the results as reported by Bengal officials. They insisted that the state must work harder to (a) recover much larger sums that were apparently misused/ defalcated and (b) duly affix the responsibility for such corruption, identifying the persons and their reasons for misusing official funds; and (c) finally to confirm/report the official action taken by the state Government against those responsible for such a major scam that led to the misuse of the taxpayers’ money sent to help the poor vulnerable sections of the rural population.

Official sources connected with these developments said that the Bengal Government failed to deliver much to the centre regarding the demands outlined in sections (b) and (c) in the foregoing para .

However, with the deadlock currently expected to continue, political pressures on the ruling TMC Government, already reeling under massive charges of corruption and flagrant dishonesty among senior Ministers and leaders, have mounted. Panchayat elections are scheduled to be held in early 2023. There is not much time left for the parties to begin campaigning.

Once more, taking the lead from the Chief Minister herself, most TMC leaders/Ministers are attacking the BJP leadership in Delhi for ‘discriminating against Bengalis by stopping the 100 days Rural Employment guarantee scheme for the poor ‘ to cripple a non- BJP ruling party in a single state . Bengal’s Panchayat Minister Pradip Majumdar maintains that from Kolkata, the state officials had sent a detailed account of corrective steps already taken to check any further corruption in welfare schemes, but still the centre did not respond —a clear instance of the in-built bias in Delhi against the TMC Government! Mamata government is partially true as the BJP is pressing on the centre not to release funds now  so that the rural areas are starved of funds before the crucial panchayat polls in January/February next. (IPA Service)