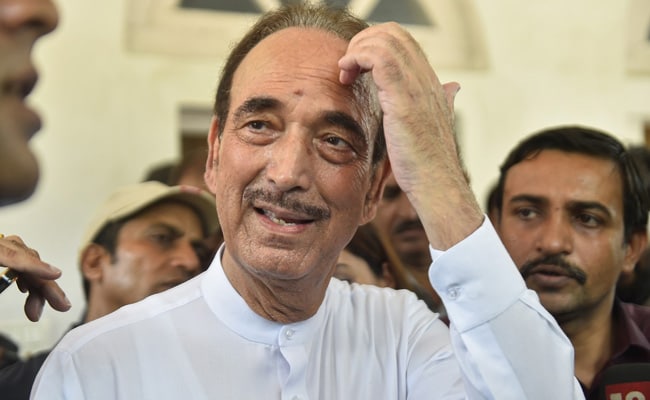 Senior politician and chief of the newly-formed Democratic Progressive Azad Party Ghulam Nabi Azad  said there was no move to return to Congress with which he had snapped his 52-year-old association earlier this year.

Talking to PTI, the veteran politician who has been former Union minister and chief minister of Jammu and Kashmir, said reports suggesting his return to the grand old party are planted by some vested leaders in the Congress and there was no truth in them.

“I have never spoken to any Congress leader and neither has anyone called me. So I wonder why these kinds of stories are planted in the media,” Mr Azad said.

Azad said these attempts were made by the Congress leaders to create a sense of uncertainty within his party cadres and to demoralise them.

“Come whatever may, we will emerge stronger,” he said.

Azad, who has served as leader of opposition in Rajya Sabha, said “I have not indulged in any mudslinging with anyone. Whatever I had to say, I made it clear in my resignation letter. After this I am on my own path to serve the people who have given me their trust.”

Asked whether he would be joining the Rahul Gandhi-led Bharat Jodo Yatra when it enters Jammu and Kashmir next month, Azad said “I have no such plan. My hands are full with my own work.”

Sena backs off on UT status for Karnataka border areas