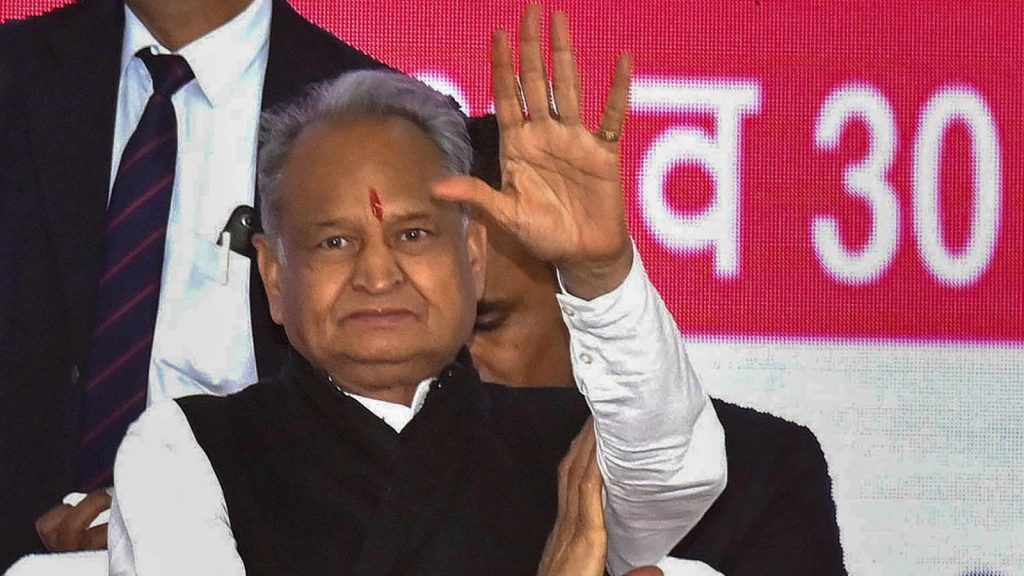 There is a clear anti-incumbency wave against the BJP government in Gujarat due to which Prime Minister Narendra Modi campaigned aggressively in the state, Rajasthan Chief minister Ashok Gehlot said on Friday.

Gehlot took stock of preparations at Chanwali village in Jhalawar district ahead of the Bharat Jodo Yatra led by Rahul Gandhi entering the state on Sunday evening.

He held discussion with ministers, senior party leaders and administrative officials and also visited entry point of the yatra on the Rajasthan–Madhya Pradesh border.

“The anti-government wave is very strong there (in Gujarat) and this is why Modi ji is visiting so many places across the state… Recently, he held a mega 50-km-long roadshow. One needs to think why is the situation such,” Gehlot told reporters in Kota.

What is the reason behind the prime minister camping in Gujarat and neglecting issues of national and international importance. It only means that Modi fears losing the election, Gehlot further said.

Earlier in the day while speaking to media in Jhalawar, Gehlot said the Congress party has made several sacrifices for the unity and integrity of the country and Gandhi, through the Bharat Jodo Yatra, is marching across the country to take that message to the people.