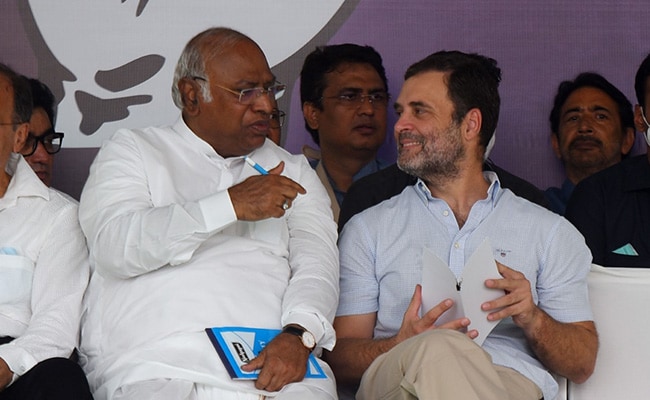 New Congress chief Mallikarjun Kharge has formed a steering committee with 47 members including Sonia Gandhi, Manmohan Singh and Rahul Gandhi. The committee will function in place of the Congress’s Working Committee, the highest decision-making body of the party, till the plenary session is held. New members of the Working Committee will be chosen at the next AICC (All-India Congress Committee) session.

This morning, the members of the Congress Working Committee stepped down. This is part of the convention when a new chief is elected, to enable him to choose his team.

Special invitees like Sachin Pilot and Deependra Hooda, however, have not been included in the steering committee.

Kharge has maintained that he believes in collective leadership and will consult Sonia Gandhi and Rahul Gandhi if needed.

“They have done good for this country. Their advice will benefit the party… so I will definitely seek their advice and support. There is no shame in it,” he had said ahead of the party’s internal polls.

Elected earlier this month after a contest with senior party leader and Thiruvananthapuram MP Shashi Tharoor, Kharge had said he would implement the party’s Udaipur Declaration, and try to address problems of youth, farmers, women and small traders.

The Congress internal elections were held after multiple calls for change and hiccups over finding a candidate against Shashi Tharoor.

Kharge was a last-minute entry, persuaded to contest by a section of Central leaders when Rajasthan Chief Minister Ashok Gehlot dropped out of the race even before it started.

Seen initially as the front-runner, Gehlot’s candidature went sideways after his loyalist MLAs launched an open revolt in Rajasthan to keep his arch-rival Sachin Pilot from succeeding him as the Chief Minister.

Legal Position On Moonlighting In Indian Workplaces Is Unclear
Posting....