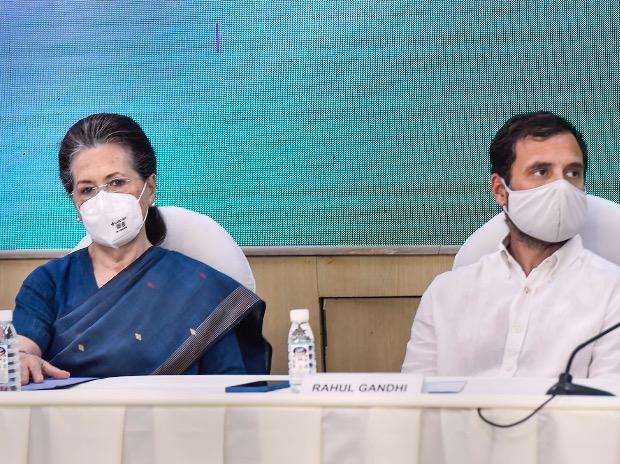 The Congress’s Group of 23 had an interaction at the residence of former Leader of Opposition, Ghulam Nabi Azad, over dinner on Wednesday to formulate future strategy, as well as to discuss the party’s poll debacle in the just-concluded assembly elections. While Congress interim president Sonia Gandhi  discussed  in detail with Azad and a meeting between Sonia and some of the G-23 leaders was on the cards, but then the G-23 leaders suggested that the only way forward  for the party was to adopt a model of collective and inclusive leadership to ensure decision-making at all levels. There are now three new entrants in the G-23: veteran leader Mani Shankar Aiyer, Lok Sabha MP and former Punjab CM Amarinder Singh’s wife, Preneet Kaur, and Gujarat leader Shankarsinh Vaghela, who quit the Congress in 2017. Vaghela, joined the NCP in 2019 but left last year. He is reported to be keen on returning to the Congress fold. Among the senior leaders who attended the meeting, the prominent names included that of Anand Sharma, Kapil Sibal, Manish Tewari, Shashi Tharoor, Bhupinder Singh Hooda, Rajinder Kaur Bhattal, Vivek Thankha, Kuldeep Sharma, P J Kurien, MA Khan, Akhilesh Prasad Singh, Prithviraj Chavan, Raj Babbar and Sandeep Dikshit. The sources said invitations were also extended to the Congressmen who don’t constitute the bloc but feel changes are required, including at the leadership level, to revive its electoral fortunes. However, senior Congress leader Kapil Sibal, in his latest salvo targeting the leadership has categorically said that the Gandhis should step aside and give some other leader a chance to helm the party. He also said: “Leadership is in cuckoo land…I want a ‘Sab ki Congress’. Some want a ‘Ghar ki Congress’.” Meanwhile, Congress leaders who back the Gandhis stepped up their attack on Sibal. Leader of the Opposition in RS Mallikarjun Kharge accused the G-23 leaders of trying to break the party by continuing to hold meetings even after the CWC discussed all the issues at its recent gathering. On the other hand, former Congress president Rahul Gandhi on Thursday met Bhupinder Singh Hooda and is learnt to have discussed revamping the party and the way forward following its loss in five Assembly elections. After the meeting, Hooda also visited Ghulam Nabi Azad at the latter’s residence.

DESPITE VICTORY, BJP CONFUSED OVER CM FACE IN UTTARAKHAND

Uncertainty continues in Uttarakhand as the BJP central command seems to be confused about the state where the party has won a clear majority, bagging 47 out of 70 seats. However, in an ironical twist, the Chief Minister Pushkar Singh Dhami, who took over in July, lost his Khatima seat. According to BJP sources, the party is in dilemma as it does not want to create a new precedence by appointing a leader who lost mandate in his constituency, especially because the BJP had denied the top post to Prem Kumar Dhumal in Himachal Pradesh in 2017, when he lost his seat despite the party’s victory. The central leadership picked Jai Ram Thakur to lead the party government. However, state leaders have put forth their strong inclination towards Dhami and some of the newly elected MLAs, who think that they won because of his hard work in the last six months.

The results of the recently concluded panchayat elections in Odisha have once again underscored the political mobilization and complete control exercised by CM Naveen Patnaik. The BJD won 766 out of 852 seats, and will form the zila parishad in all 30 district. Sources close to the chief minister pointed out that his popularity can be attributed to his ability to protect the interests of the people of Odisha irrespective of the government in power at the centre. He was able to get the best out of the UPA government led by Manmohan Singh and is on good terms with Prime Minister Narendra Modi. This is primarily because the BJD has presence in both the Lok Sabha, with 12 members, and the Rajya Sabha, with nine members, and no government at the centre can afford to ignore its demands.

The biggest decimation of Congress in the politically crucial Uttar Pradesh assembly elections has led the Congress general secretary Priyanka Gandhi Vadra to review the humiliating outcome. In that regard, she has held a meeting for serious discussions with party leaders from the state to ascertain the reasons for the party’s dismal show in the state polls. She also discussed the party’s strategy for the 2024 Lok Sabha elections. Priyanka Gandhi met several state leaders individually and sought their views on why the Congress failed to win people’s confidence. Sources said she held discussions with former UP president Ajay Kumar Lallu, Pramod Tewari, Acharya Pramod Krishnan, Satish Ajmani, Ajay Rai and Veerenda Chaudhary. The Congress contested in all 403 assembly seats in Uttar Pradesh but managed to win only two and garner a vote-share of 2.33 per cent, with 97 per cent of its candidates losing their security deposits.

In the wake of the unparalleled victory of the BJP in the recent assembly elections held in four of five states, an upbeat Chief Minister of Karnataka, Basavaraj Bommai, declared that Karnataka would be the next Congress-mukt state. Bommai has been walking a tightrope ever since he assumed office in July 2021. A surprise choice to replace BS Yeddyurappa, it is Bommai’s background as a socialist and being once a part of the undivided Janata Dal that has been haunting him for long. But the hijab row which led to massive protests in the state, but has now been backed up by a controversial judgment from the Karnataka High Court, has become the administration’s litmus test that Bommai must pass with flying colours. After pushing through an anti-conversion bill, CM Bommai is trying his best to show his hardcore Hindutva side. Bommai’s best chance to retain the top office would be to lead the party to an electoral victory. (IPA Service)