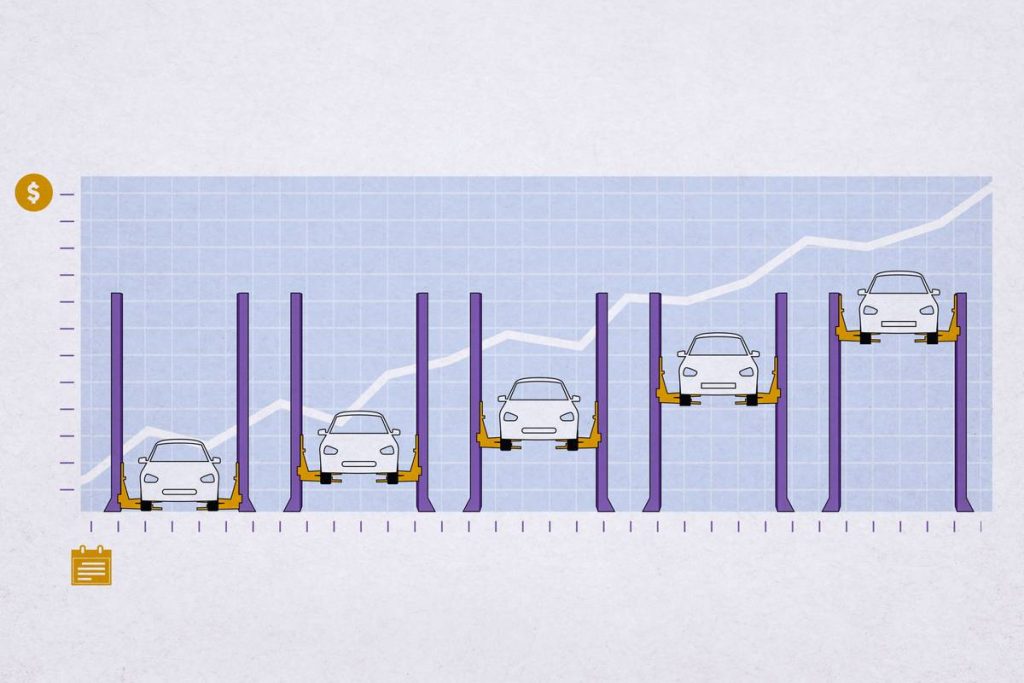 The gap between time of booking and delivery of new cars is changing from months to years, which is causing frustration to buyers of new vehicles. During the pandemic, the industry was down in the dumps as demand dried up completely dried up. But as the industry rode out of the pandemic, demand surged in the wake of strong pent-up demand and the manufacturers are unable to honour delivery commitments.

For certain models, the waiting time is fast approaching a couple of years, which is similar to what had been the case when the country had only a couple of models being produced as far as passenger cars were concerned. The opening up of the sector in the latter years saw an unprecedented boom, with all the leading global brands setting up shop and the Indian auto industry becoming comparable to that anywhere in the world. So, the current experience becomes all the more frustrating to buyers. Prospective buyers are therefore booking vehicles with multiple brands and agencies in the hope of cutting the delay.

All the more worrisome is the fact that the situation is expected to worsen further rather than show any improvement in the days to come, the reason being that it is a global phenomenon and there is no solution at the individual country level.  A global shortage of automotive semiconductors is forcing OEMs to close production lines or remove some popular features, such as heated or conditioned seats, from their offerings.

According to a McKinsey report, the global semiconductor shortage that began in the first quarter of 2021 has slowed production of everything from smartphones and home appliances to driver-assistance systems. Major carmakers, including a US-based OEMs, have already announced significant rollbacks in their production, lowering expected revenue by billions of dollars.

The effects of the semiconductor shortage have extended beyond the auto sector, with other industrial players struggling to secure chips. That highlights the fragility of those supply chains, which largely rely on Asia as a hub of semiconductor manufacturing. Many automakers are now operating in crisis mode, and few expect a rapid resolution. Auto manufacturers and chipmakers alike will need to work together to tackle the imbalance in demand, according to McKinsey.

The situation has worsened since then, and OEMs and tier 1 suppliers are unable to procure sufficient quantities of chips, forcing them to delay vehicle production. While manufacturers of laptops, white goods, and other devices have also cut production because of semiconductor shortages, the repercussions in the automotive industry have been more severe. Some premium OEMs were able to safeguard profits with selective manufacturing and sales strategies designed to optimize margins.

This strategy, however, may result in a shortage of lower-margin vehicles and could cause extreme fluctuations in demand for automotive chips.

Russia’s invasion of Ukraine has introduced further uncertainties to both the semiconductor supply chain and automotive demand. For instance, Ukraine supplies 25 to 35 percent of the world’s purified neon gas, and Russia supplies 25 to 30 percent of palladium, a rare metal used for semiconductors. Another problem is the higher cost of transportation, on the one hand, and the lower availability of shipping volumes, on the other. As a result , manufacturers have been unable to obtain critical vehicle components, such as wiring harnesses, and have reduced their production volumes in response, which has added even more uncertainty by decreasing demand for some semiconductor-based components.

More than two years into the pandemic, the gap between chip supply and demand has widened across all semiconductor-enabled products. While sales of all consumer goods plummeted in the first half of 2020, and automotive sales dropped by up to 80 percent in some locations, demand rebounded more than expected later in the year, continued to grow in 2021, and remains strong today. The high-tech sector, in particular, has seen sales volumes increase, partly because of changes wrought by the pandemic. The growth in working from home, for instance, has contributed to a greater demand for wireless connectivity and PCs. These market shifts have rippled back to affect demand for semiconductors and other components. Across almost all industries, the demand for semiconductors in 2020 and 2021 exceeded pre-pandemic forecasts.

According to McKinsey, although the chip shortage is affecting many industries, the automotive sector has some unique characteristics that exacerbate the problem. For instance, many OEMs and suppliers follow a ‘just in time’ manufacturing strategy in which they order semiconductors and other vehicle components close to production to optimize inventory costs. When vehicle sales fell in early 2020, OEMs reduced their chip orders, leaving them low on inventory when demand began to recover. (IPA Service)

Time Is Running Out Of Congress For Reinventing Itself Before 2024 Polls
Posting....