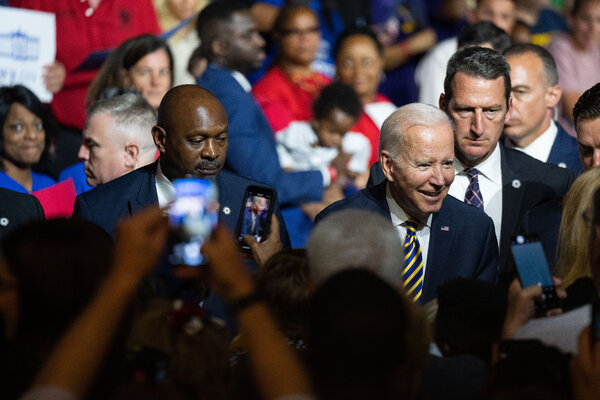 Congress has seen the exit of many heavy weights over the decades— and survived. It lost socialists in 1948, with Acharya Narendra Dev, Jayaprakash Narayan, and Ram Manohar Lohia walking out to form the socialist party. It saw vertical split in 1969 when Indira Gandhi got the better of the “syndicate” and in 1978 when she worsted the old guards—but it remained the real Congress. However, more recently when Mamata Banerjee broke away to form the  Trinamool Congress in 1998, and Jaganmohan Reddy his YSR Congress in 2010 — replacing Congress in West Bengal   and  Andhra  Pradesh respectively — the party was hugely weakened. In the last few years, many more have left the Congress for greener pastors to Join the BJP—Himanta Biswa Sarma, Jyotiraditya Scindia, RPN Singh and Jitin Prasad, among others.

Since the resignation of leaders is not new to the Congress, some hope the party will also weather Ghulam Nabi Azad’s resignation. Though Azad may have had a 50—year innings along with Indira Gandhi, Sanjay Gandhi, Rajiv Gandhi, P V Narasimha Rao, and Manmohan Singh—Sonia Gandhi , he  is  after all,  not a mass leader. And the party leadership may feel his exit—and earlier, of those like Kapil Sibal — may ease the situation by weakening the dissidents in the party (G-23) who have been particularly critical of Rahul Gandhi’s leadership,

But Azad’s exit is different. For he has shown the mirror to the party, choosing his time carefully to inflict the maximum possible damage to the Congress— before Rahul Gandhi’s Bharat Jodo Yatra. His exit has pushed the party to, finally, announce the dates for the election of the new Congress President.

It is also possible that Azad may not have to quit the Congress if he has been brought into Rajya Sabha again: Surely there is nothing wrong with a politician aspiring to retain a seat in the upper house. It’s not as if he is going to get a Rajya Sabha berth on the other side. He is set to launch a new party and if it takes off—though it is early days—he could come to be supported by Farooq Abdullah and the BJP to lead a government. The journey is littered with improbable, but he has chosen to walk that path.

Azad’s exit is not just about Rajya Sabha seat: it is also about “izzat” that was shown to him.  He was a member of the national political affairs committee but later was made a mere member of the state committee.

Congressmen are leaving the party because the Gandhis are no longer able to win elections, and Azad has pointed out, the party has lost 39 out of 49 assembly elections in last eight years. Though Rahul Gandhi has spoken forthrightly on issues—Rafale, demonization, inflation, joblessness, lockouts—the party has not been able to slow down the Modu juggernaut., Undoubtedly   this  has given the control   of the  institutions to the BJP But the Congress attitude Jis ko hai jaye, rehna hai rahe (those who want to leave may leave, those who wish to remain may do so) remains.

The question that can no longer be wished away is this: Is the Congress is on the verge of disintegrating as an enemy? Today an Azad is set to form his regional party. Will Bhupender Singh Hooda, who still has mass following in Haryana, do likewise, nearer election time if he gets a sense that he is not going to get his way in the ticket distribution? What about Siddaramaiah in Karnataka where elections are due in 2023? And what will Sachin Pilot do?

Rahul is a boon to Narendra Modi not only because he is no match for PM as communicator. He is Modi’s   best bet because more than anyone else, he epitomizes entitlement today. And an aspirational India is moving in the opposition direction.

For the Grand old Party not to have a fulltime president for three and quarter years—remember, it is not three and a quarter months—when the opposition is as formidable as Modi   is unthinkable in a democracy. Whatever the reasons trotted out publicly for delay in holding organizational election, the truth is that the party has usually been waiting for Rahul Gandhi to decide whether he wants to take over as Congress president again. Nothing illustrates entitlement more than this.

When Narendra Modi declared from the Red Fort this year that his party will flag two issues—corruption and dynastic rule—he put his finger on the people’s pulse over the growing aversion to the right by birth.

If push comes to shove, there are regional parties which can survive without a member of the family to lead them. Not so the Congress. It will break up without the Gandhi family. And, as things today, it will disintegrate with the family at its helm—unless family willingly relinquishes power to someone else.

Rahul Gandhi has also put forward a new political model—he takes all decisions, but without taking responsibility for them. By all accounts, he is not going to contest for the party presidency. If Ashok Gehlot, Meira Kumar, Mallikarjun Kharge or Mukul Wasnik take over as Congress chief he or she will be filling in for the role that Sonia Gandhi has been playing as a “nominal figure head”.

Azad’s going, then is not to the exit of yet another individual leader from Congress. It is symbolic of wider and worrying process at work to move India towards one –party—rule— and grand old party, representing the only counter force nationally, is willing to take the steps it should. Unless there is a dramatic turnaround, Congress will be reduced to a mere symbol—and the owners of properties—and cease to be a party. (IPA Service)