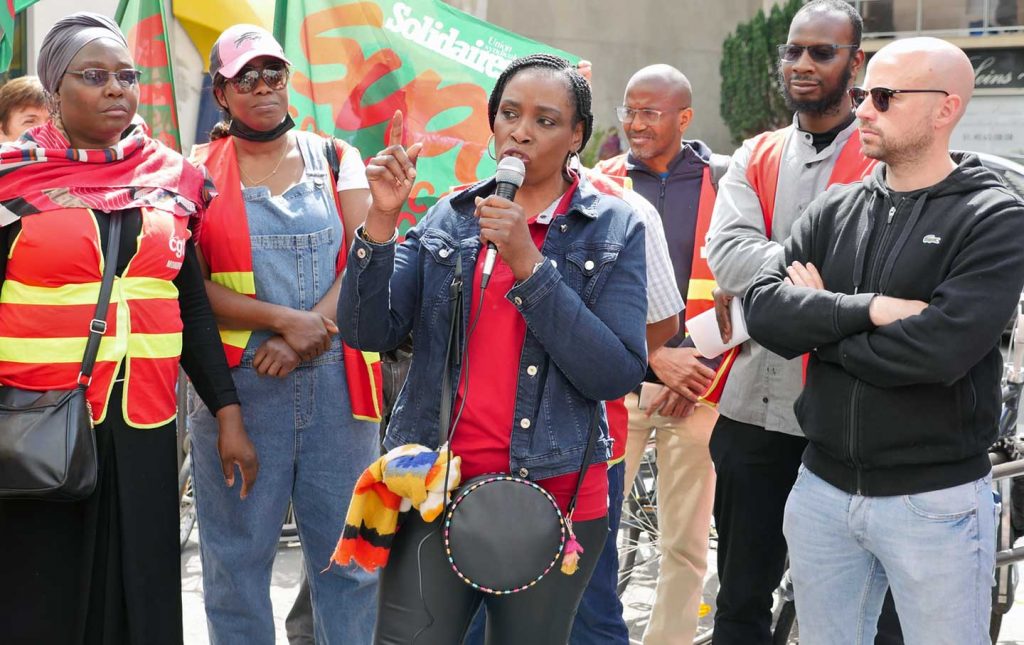 French voters in their first round elections to the National Assembly of Parliamentarians on Sunday gave a clear signal to the incumbent President Emanuel Macron that the people are ready for change. The opening round saw Macron’s Ensemble coalition take a slight lead with 25.75 per cent of the popular vote as against 25.66 per cent for the NUPES Left block led by Jean Luc Melenchon.

As per the French electoral rules, the candidates for the 577 seats who could not get more than 50 per cent of the votes, will have to contest in the runoff where simple majority will decide the winning candidate. That way, the final results depend on the voting behaviour of the huge stay away electorate who will be under tremendous pressure by both blocks for support in the runoff.

President Macron’s supporters are saying that his coalition is set to victory by getting around 290 to 300 seats in the new National assembly as against the required 289 seats while the Melenchon front will not be able to exceed 200 seats. Even if the Macronites prove correct, the result will be a big boost to the Left since in the recent April presidential elections, Melenchon could not qualify for run off as he was slightly behind the far right Le Pen who was defeated by Macron in the final round.

What is most satisfying for the French Left is that after a long period, Left has emerged as the real alternative to President Macron’s bloc and the French voters have relegated the far right party of Le Pen to the distant third position at 18.68 per cent of the votes. This is a great relief    for the Left and Jean Melenchon has called upon the absentee voters numbering more than 52 per cent to come out in large numbers on June 19 and vote for his coalition candidates who have offered an alternative programme. The French Communist Party which is an important member of the NUPES bloc has activised its unions to visit the absentee voters who were earlier not sure of the left revival.

Rassemblement National led by Le Pen currently has eight seats in the National Assembly, short of the 15 needed to form a parliamentary group. However, that could change next Sunday, with the party projected to win anywhere from 20 to 45 seats, according to some polls.

One notable loser on Sunday was far-right pundit Eric Zemmour, who attracted strong media attention in the presidential race earlier this year but has failed to turn that into electoral success. Zemmour failed to reach the second round in his bid for a seat representing Saint Tropez.  Thus the poor show of Le Pen’s party   and the dismal failure of another social media savvy conservative Eric Zemmour give enough signs  that the French people are finally    looking at a bipolar politics between the centre right Macron and Left bloc leader Melenchon

From the creation of the Left Party in 2009, through the Left Front campaign in 2012 and France Insoumise in 2017, the  pro   left  forces have worked with the aim of finally reaching the heights of the state apparatus. Yet along the way, they have faced a hard task confronting a well-established force ready to do anything to maintain its hegemony: namely, neoliberalized social democracy. Represented by the Socialist Party and the presidency of François Hollande from 2012 to 2017, it has always sought to retain the left-wing parties as junior and subordinate allies, as it has more or less successfully done with both the Communists and Greens.

Even if the coalition of Left parties fails to get its numbers in June 19 runoff and its leader does not become the Prime Minister, the resurgence of the left and the alternative programme will steer a new wave in the coming French politics after the run off.

After the defeat in the French presidential polls, the socialists and the left-wingers of all hues in France arrived at a historic compromise on May 4 to form an alliance for the legislative elections in June this year to meet the dual challenge of both President Emmanuel Macron’s party and the powerful far-right party led by Marine Le Pen. This total unity was not possible before the presidential election’s first round on April 10 this year even though the French communists have been sounding warning bells for long saying that the “noose is tightening around democracy”.

With a staunchly anti-neoliberal vision, the radical legislative programme of the joint Left union includes the declaration of a Sixth Republic, a minimum wage of €1,400 (£1,180) a month, restoring the wealth tax removed by Macron’s government, raising corporation tax and committing to “disobedience to the rules of the European Union” whenever these conflict with its redistributive programme. In addition, price regulation of essential commodities, lowering the retirement age, among others, feature in the joint programme. However, there are nodes of disagreement on nuclear power — the Greens and La France Insoumise oppose it while the Communists support it — on which they would be permitted to vote different ways.

For the left, building a third pole in opposition to both Macron’s neoliberal economic policies and Le Pen’s racist offensive is crucial to find the common ground, and bring back many working class voters who embraced Le Pen after being thoroughly disenchanted with Macron’s anti-worker policies, to the left fold. Fabien Roussel, leader of the Communists, says the left must build a “coalition of the alternative majority”, the 66% of the French people who want a legislature that will put a check on Macron’s reckless deregulations, a legislature to rein in both Macron and the Le Pen brigade. Next few days before June 19 runoff are crucial    for French people, especially those who  stayed away on June12, as at long last, the hope of  building a   new France,  has been raised and the French people can realise that through right choice. (IPA Service)

Food Prices Have Gone Up To Unbearable Levels For Common People