Food Prices Have Gone Up To Unbearable Levels For Common People 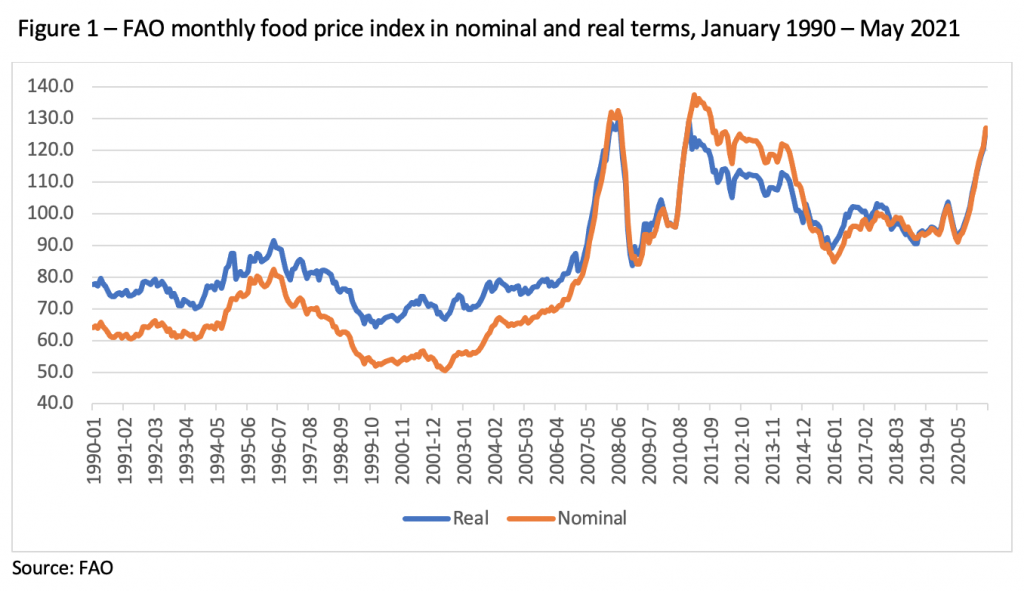 Unabated rises in food and fuel prices have kept India’s retail inflation at elevated levels. Even without getting into the nitty-gritty of detailed figures, the price trend are hurting and needs to be tamed if only for maintaining overall stability.

Several questions are now cropping up: first of all, how defiant are the price rises now or these can be tamed with some monetary interventions; what instruments are best suited for such interventions and to what extent can the anti-inflationary measures be pursued; are the prices mainly the th collateral effects of the current Ukraine war.

The union government’s statistical arms released the latest inflation print which indicated Consumer Price Index, which counts the retail prices, at 7.04 per cent for May, a tad lower than 7.79 per cent rise in April. The small backsliding in inflation level is insignificant and should be carefully watched. At leas, this should not give any sense of complacency.

Significantly, at this level, CPI inflation is over one percentage point higher than the tolerable ceiling rate of Reserve Bank.

Reserve Bank had been tasked by the government to maintain stable price regime. In pursuit of this fundamental objective, the Monetary Policy Committee of the Reserve Bank, which primarily suggests the tone of its credit policy, set 4 per cent inflation target, plus-minus another 2 per cent as the inflation band for the Indian economy.

The CP measure of inflation, as proposed to the wholesale price index or WPI— is very heavily weighted with food articles’ prices. Nearly half the total weight is on food prices. On that count, fluctuations in food prices critically influences the course of CPI.

While, previously the food grins prices used to be the critical factor, now a days vegetables, dairy and meat and protein prices tend to be volatile. This is because, these items count for a great share of the overall food basket than for grains as such. So, the composition of the price hike is a pointer to its nature and how fast or easily could volatility be contained.

Technical points of a price index and its structural dynamics apart, for the common man this level of food price rises are too hard to ignore. It may be noted, weeks back, it is the price of tomatoes which had put the country on its feet.

Generally, prices of food items —more particularly those of vegetables—rise in the summer and monsoon months when their supplies run low. Besides, transport bottlenecks during monsoon months also disrupt normal market functioning.

It is likely that the vegetable prices should show strong upward pressures in the period from now to October, when the new harvest comes to market. The food prices show some falling trends after October in the winter season. There are often instances when the new crop arrivals are so large in production centres, their prices drop to the bottom. It is not unknown that in protest farmers dump their produce on the roads.

So, the solution is to hold stable price line and also ensure adequate return to the farmers, it is not that the financial parameters should be anchored to levels that balance the competing forces. That is conventional monetary theory and practice.

But for India, stable prices call for creation of certain physical facilities in the farming areas which help maintain smooth supplies. That is, what is called, the rural supply chains and infantry facilities. It is only when the farm to the table supply lines are working smoothly that the prices could be adequate for the farmers and not at some stratospheric levels for the consumers.

Anyway for now, the Reserve Bank has demonstrated its commitment to hold the stable prices. There are contradictory claims on the central bank. It is not only tasked with maintaining a stable price environment, it should also make sure that the economy grows.

Coming out of a huge blow from the pandemic which crippled the economy for a while, the Indian economy is now on a path to recovery. IT is like tending a person who has had a major illness recently and is just about to step out. You cannot possibly starve him of vital nutrients now. A draconian move against inflation by RBI, involving seriously restrictive credit policy could crimp on growth triggers.

At its monetary policy announcement last week, the RBI governor, Shaktikanta Das, has struck a middle path for now. The Reserve Bank has raised its basic policy interest rate twice to 4.90 per cent currently.

Twice over earlier, RBI had increased rates to discourage any inflationary expectations.  RBI can thus be expected to continue with its restrictive monetary policy until the inflation rate comes within its tolerance band.

Price rise is an extremely sensitive issue as it affect the poor hardest. Besides, the middle classes are quite agog with the current price trends as their pockets are pinched when incomes are not rising.

A general price rise is an acutely a political issue. Atal Behari Vajpayee, had turned inflation as one of the most potent political weapon. His puns about prices of onions had regaled generations of voters.

If the prices keep rising at this rate, one can be sure that the government will face serious political onslaught from opposition parties. (IPA Service)

Sharad Pawar Can Be More Useful To Opposition For 2024 Lok Sabha Polls
Posting....