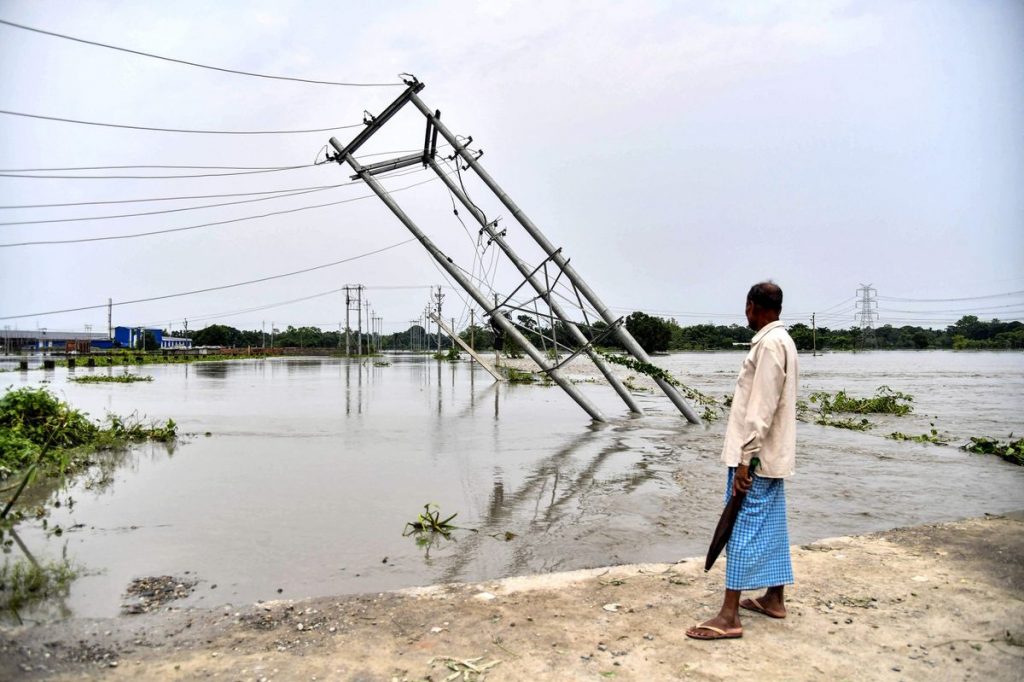 India is making news of rains and floods. It seems the entire country from Kerala to the North-East and from Kashmir to Gujarat, India is wet and inundated. Visuals of the roaring flow of rivers and inundated farm and city areas have swarmed social media platforms. Neighbouring countries Pakistan and Bangladesh are also witnessing heavy rainfalls and floods.

On Wednesday, the metrological department issued a warning of heavy rains in eight states – Andhra Pradesh, Bihar, Chhattisgarh, Telangana, Maharashtra, Assam, and Uttar Pradesh. And, at least, 31 dams and barrages have received inflow forecasts in these states besides Tamil Nadu and Karnataka.

In Telangana, the Godavari River is witnessing a flood situation that has been termed “as once -in-500-year phenomenon.” A red alert has been sounded for the Kaddem project in Nirmal district as the Godavari at Bhadrachalam is receiving an inflow of 5 lakh cusecs while the outflow is only 3 lakh cusecs.

Telangana has received about 455% more rainfall than normal in the last five days and twelve districts have been placed under red alert while 7 under orange alert. For capital Hyderabad, the warning level is yellow.

In Andhra Pradesh, the Godavari is witnessing an inflow of over 15 lakh cusecs at Dowleshwaram, for the first time in 100 years. And, the Tungabhadra dam has reached its capacity and an overflow the heritage sites of Hampi are at the risk of getting inundated in case of an overflow.

In Maharashtra, a man and his daughter died in a landslide in Palghar district on Wednesday while four persons were swept away in Gondia district. In Gujarat, Rajkot, Gir, Somnath, Jamnagar, Kutch, Bharuch, and Navsari have received heavy rainfalls while a red alert has been issued for Saurashtra and North Gujarat regions until Thursday.

Releasing the second stage forecast in early June, the India Meteorological Department (IMD) had predicted the southwest monsoon to be 103% of the Long Period Average (LPA), from 99% of LPA predicted in April. It said the La Niña conditions are expected to prevail for all four months of the monsoon.

According to economic experts, a higher rainfall could ease retail inflation which was at a 95-month high in April at 7.8%. If the rains match the forecasts, it will be the fourth straight year for the southwest monsoon to be normal or above normal for the entire country. This should be good news at a time when the global economy is witnessing a slowdown and recession in the wake of the pandemic and the Russia-Ukraine war.

The higher amount of rainfall in the core rain-fed agricultural regions will help the Kharif crop, particularly pulses and oil seeds. India spends a good deal of foreign exchange on the import of these two commodities. Higher production of these crops in India will help ease the prices and inflation.

There are many faces of monsoon for the Indian subcontinent. Floods and landslides endangering life and property are one aspect of it. Another very important facet of the monsoon is its significant role in Indian agriculture.

For city people, monsoon is a different experience. In Mumbai, it has been raining heavily and low-lying areas have been inundated, causing some disruptions in city traffic. Office-goers are affected but Mumbai’s “mad” monsoon is one of its charms. Delhi is in the grips of extreme humidity as North India witnesses long dry spells between the rains during the monsoon.

Monsoon is a great time for nature lovers who like travelling. Taking a cue from this, Goa Tourism has introduced monsoon hinterland tracking packages. Besides its world-famous beach tourism, Goa is now trying to market its lesser-known attractions. The entire region from Mumbai to Goa comes alive in the monsoon with the Western Ghats wearing a soft lush green and the sea on the side of this narrow but long stretch.

The beauty of Goa’s hinterland during the monsoon is yet to hit the tourism mainstream. But tourists can have an idea of the beauty and charm of the monsoon in this region from a visit to Malvan or one of the many villages near Goa. It’s the season when the coastal life comes to a grinding halt. Fishing boats and trawlers are docked and fishermen are finally at home. There is no chase-and-catch and the trappings of life are finally behind the folks. It’s time relax, do some farming, and look forward to festivals a few months down the line. The spirit of Feni, the aroma of local cuisine, and the music, and dances are all lined up! (IPA Service)

Latest Chart Of ‘Unparliamentary Words’ Will Make A Mockery Of Debate
Posting....