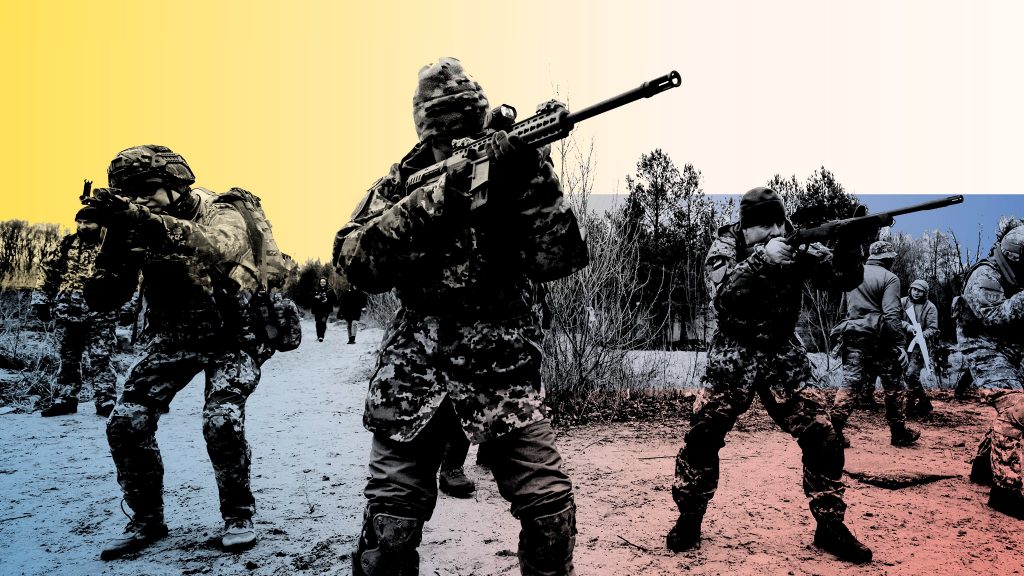 Last week, I had a chance to visit the Baltic region in Europe for a conference. My destination was Lithuania. Once part of the erstwhile Soviet Block, Lithuania, still has a large proportion of their population who speak and understand Russian language. The buildings and the architecture also remind of the old Soviet relics but somehow I get the feeling that the locals did not like Russia. They hold Russia responsible for the present-day economic hardship that their country, alongside other countries in Europe, is facing.

Jobs are hard to find and inflation is going through the roof. My cab driver was telling me, earlier, what used to cost 1 Euro, for a ride between the airport and the hotel now costs around 4 Euro. I could get a sense of what he was saying. A quick look at the Euro Area annual inflation data confirmed it. Euro Area comprise of 19 different countries in Europe, including Lithuania and Finland. On-year basis, the price of energy, food, alcohol and tobacco went up from 0.9 percent in June 2021 to 3.7 percent in June 2022. That is nearly a 4.3 times increase. Cost of fuel in the petrol pump was reading 2.02 Euro a litre, translating to Rupees 190 a litre. But then Lithuania is considered to be a relatively cheaper country in the Baltic region. I could get a sense of that as I had a stopover in Helsinki, Finland.

But then the people in Europe are not used to this much economic hardship. During my earlier visits, I had seen local residents proudly speak about the social security program and how the “welfare state” that is the government, takes good care of their wellbeing.

To understand the social welfare system in Europe we will have to step back into history. Soon after the Second World War, when Europe was devastated, policy makers in the region wanted to re-build Europe on the premise of socialist capitalism. The underlying idea is that when the market is at a nascent stage, the state will ensure that a labour market comes into play and jobs become available. For the elderly, and those without jobs, the state will take care through a benevolent social security system — paying unemployment benefits and pensions.

At the time of recession and/or a war, when businesses are down, energy prices are high, and agriculture food production is not forthcoming, it is quite natural that tax collection will be inadequate. Remember, a bulk of edible oil and wheat imported by Europe and elsewhere in Africa used to come from Ukraine and Russia.  Almost 40 percent of the total energy demand in Europe (in particular, the natural gas) was met by the Russians. The war, by imposing sanctions, has reduced the supply of Russian gas. The substitute is the pricier US energy, which means the European has to shell out more.

This means an aggravating budget deficit for the European governments. A higher budget deficit can be sustained, provided the economy is growing. However, economic growth is continuously falling in the Euro Zone. As per July 2022 estimate, Real GDP in the Euro Area is expected to fall from 5.4 percent in 2021 to 2.3 percent in 2022. Government debt as a percentage of GDP increased from 83.8 percent in 2019 to 96.4 percent during the first two quarters of 2022. The higher energy price because of war is likely to increase the deficit by another 2 percent.

In fact, besides war, lack of institutional reforms has been responsible for a gradual rise in government deficit in the Euro region. In a socialist capitalist structure, wages are protected by trade unions. This is irrespective of labour productivity and firms’ ability to earn profit. Add to this, is Europe’s ageing population, which is likely to increase further in the future. To maintain a stable population, 2.1 children should be born to each woman in an economy, assuming an average death rate applicable to the world’s population.

In contrast, the figures for some Euro-Zone economies are much lower: 1.38 for Greece, 1.39 for Spain, 1.41 for Italy and 1.94 for the UK. For Spain and Greece, the over-65-year population will increase from around 17 per cent now to 25 per cent by 2030. The bottomline: Europe has fewer younger people to work, to pay for the expensive welfare programme.

A natural suggestion would be to reform the labour and pension laws (dubbed as austerity measures), and slacken the immigration laws. But, if the poll results are any indication, it seems voters in Europe do not like reforms, and would rather punish the parties in favour of austerity measures. During last two months, Europe has seen increase in the number of labour agitation, starting with train workers in France and UK, energy sector workers in Norway, and aviation workers in various budget airlines in Europe.

A closer look at European democracies suggests it is run by the insiders made up of pensioners, trade union leaders, public sector workers and big farmers. The outsiders consist of small numbers of immigrants, the youth and small private entrepreneurs have little say.

In fact, these outsiders group of people are now more in numbers, and are now facing economic distress. Income inequality is rising at an alarming level. Most of the migrants and even the natives have now taken up gig-type jobs, such as delivery boys, working for Wolt and Bolt food delivery companies.  When asked, one of them told me they earn around 600 Euro per month.

Everyone thought and popular media narratives in the West say Russia will suffer because of sanctions. But data has another story to tell. Inflation has come down in Russia, and the Russian Rouble has never been this strong. Rouble is appreciating, as Russia is now asking its counterparts in Europe, and its other major trading partners, India and China, to trade in Rouble. This is a good news for Mr Putin. He can sustain this war.

I met one English Diplomat who fled Moscow. He opined Russia being one of the largest producers of wheat (around 10 percent of world production) has enough food for its population to feed. China is also stockpiling its food grain over the last few years. And he hears the Indian government’s decision to restrict exports of foodgrain.

And all of these is a good measure, and will save the Asian and the Russia. But only God (and not the US) can save Europe. With high inflation and low income, even business will be difficult to sustain in Europe. For the first time, I saw my Flight from Delhi to Helsinki (in economy class) serving an all vegetarian meal. For an out and out non-vegetarian guy like me, I thought the drink would come as a respite. But then now you can get only one small bottle of wine (around 180 ml), and the next one you demand you have to buy. So hard luck. On the way back to my flight back from Helsinki to Delhi, I observed a few of the travel mates saying, “Bahut ho geya Europe. Aa Ab Laut Chalen.” Truly, Mera Bharat Mahan! (IPA Service)

(The Author is Professor, School of Management, Mahindra University).