Exclusion Of Poor Students From Higher Education Is Disastrous 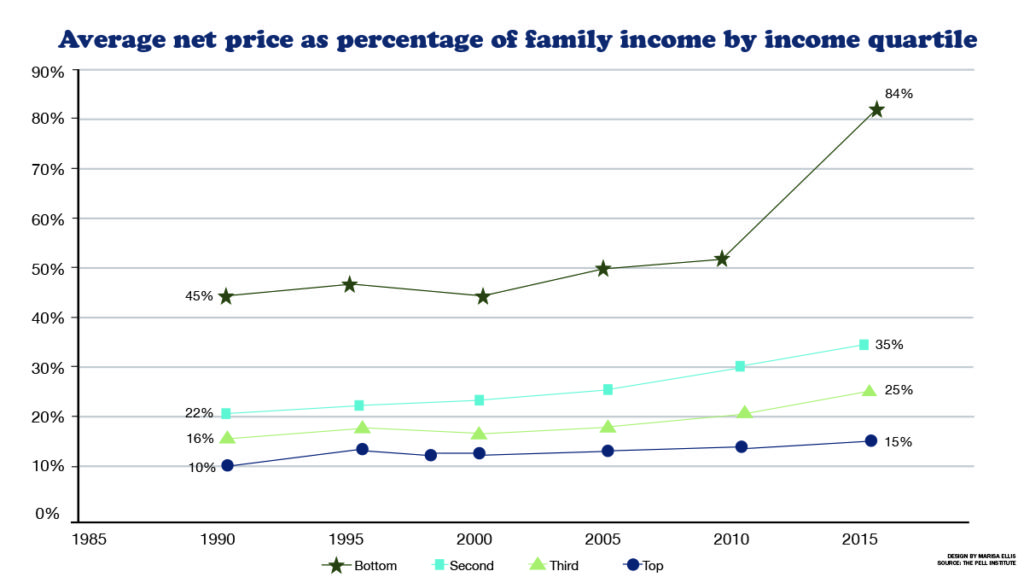 Higher education in India has been going out of reach for the poor students of the country due to a range of issues which chiefly includes financial lack of affordability that prevents them to access reading and writing materials and the ever increasing tuition and other fees in educational institutions. Ever since the Modi government came to power in 2014, the policies being implemented in all related sectors are rapidly pushing up the cost year after year. Quality of education is deterioration impacting even those students who are fortunate enough to continue with higher education because their teachers in distress being subjected to injustice inflicted through many policy experiments.

Deemed and private universities along with other Higher Education Institutions are being supported by the government through policy and other instruments where it is virtually impossible for a poor student to access education on account of their poverty. They have the theoretical option to take admission in government supported universities and educations institutions, but in practical they can’t because costs are too high to afford. The poor students are thus almost completely excluded. It would spell disaster for the country especially at a time when economy is increasingly turning into knowledge based, and with lower level of education and skills, the poor students would undergo untold sufferings without even source of decent livelihood and fall into vicious cycle of poverty and extreme poverty.

The Department related Parliamentary Standing Committee on Education, Women, Children, Youth and Sports have recently reviewed the education standards, accreditation process, research, examination reforms and academic environment in Deemed and Private Universities and other Higher Education institutions and has submitted its report in the Rajya Sabha. However, unfortunately, the report is too narrow in outlook and not only even failed to perceive the dichotomy of the government but also supported the contradictory approaches, which if accepted would further deteriorate the overall education scenario of the country that has been going away fast from the poor students.

One glaring example one can point out regarding the “Commercialisation of higher education in India”. It praises National Education Policy 2020, which even did not incorporate the new education scenario emerging after the COVID-19 crisis in the country. It was announced in the midst of the pandemic when all schools, colleges, universities, and educational institutions were shut down by the order of the Union Government itself.

While praising the NEP 2020, which does not even cater to the educational requirements of the students and teachers with respect to the online education in particular and hybrid education system in general, which includes both online and offline learning and teaching environment that has suffering even now on account of infrastructural, connectivity, and lack of access to devices, with wide gender and societal gaps, the committee said, “NEP 2020 rightly focuses on curbing the commercialization of higher education in India.”

The observation of the committee is in fact is the same that the Modi government has been making through all the eight years of its rule, but on the ground level, the commercialization of higher education has been allowed at unprecedented speed in the country. The committee failed to see the dichotomy of the government on the one hand and the reality on the ground on the other.

The committee’s observation is unfortunate in this regard that says, “in order to build a self-reliant higher education system, besides the Higher education institutions, other stakeholders, including students, industry, and the public sector banks in particular as well as the Government in genera need to synergize their efforts towards that goal. The recommendation has come at a time when 970 million of the 1380 million population were even unable to afford healthy food in 2019, 230 million others pushed additionally into poverty during the pandemic, and million others has been pushed due to price rise and inflation now.

The committee also praises NEP 2020 for its so called focus in not only on improving the quality of education, but also on formulating an effective regulatory regime for higher education institutions across India. The issue of introducing regulatory regime has been a contentious issue. University teachers have all along opposing it on various ground, the chief among them is erosion of the autonomy of Indian universities with respect to educating students what they consider most appropriate. The fear is the government interference enforcing a brake on the content and mode of teaching. It would pave the way for ‘politicization of education’ eroding ‘neutrality of education’ in exploring the truth as far as one can. Committee has perhaps forgotten that university education comes after the ‘formative age of students’ when they need full exposure of the educational facts, not the regulated contents and the mode that the ruling establishments may need to.

To control the universities the government needed to control their finance. How to do that? The Committees recommendation that all educational institutions will be audited as per standards of audit for section 8 company (not-for-profit company) and the Instituted of Chartered Accountants of India May also refine the norms for educational institutions, including ensuring that related party transactions, services or charges by any other names are not used to profit from the institution by the promoters, sponsor, or management. This recommendation allows commercialization, since it is not against profiteering if not done in any other name.

As for the content to teach, the committee seems in favour of erosion of the autonomy of the universities enshrined in its one of the recommendation that wants a “permanent mechanism to review and update curriculum to meet with the evolving demand of both, the pursuit of knowledge and the pursuits of earning livelihood”. It is again against the fundamental right to pursue education of one’s choice, not the type that the ruling establishment may be trying to impose.

The committee is right in its observation that in order to accelerate the growth of Higher education and achieve the Gross Enrolment Ratio (GER) targets as “envisaged” by the government, it is imperative that the country would need more universities to meet the rising demand for higher education and this also calls for greater emphasis on public-private partnership. It is again against commercialization of education.

It is certainly not inclusion of all, which can be done only by government supported universities if brought down to affordability level for poor students. The committee recommends “focus towards inclusion” but recommends all sorts of things that would effectively work towards exclusion.

The recommendations would have far reaching effect since there are already 1043 universities, 42,343 colleges and 11,779 standalone institutions and out of these almost 78.6 per cent are in the private sector, aided, or unaided colleges and only about 21 per cent are in the Government sector. Government sector is thus not fulfilling its responsibilities to educate its citizens at affordable cost. Worse, 80 per cent of the approximately 50,000 educational institutions in the country do not go for formal accreditation, a situation for which the committee has lamented and wanted to bring all the educational institutions under an “accreditation system”. (IPA Service)