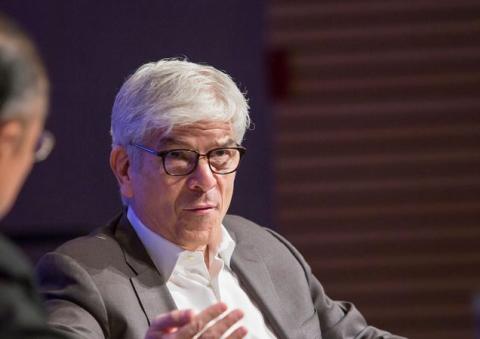 Economists have ennobled their discipline by turning some basic common sense into highly esoteric and exotic body of intellectual exercise. Common housewife is the best economist for Aristotle. Economics for the Greeks was the knowledge of running a household’s balances.

The economics Nobel prize this year effectively recognises works of three high profile economists for showing that banks are important for an economy and they provide some essential services which can determine the rhyme of an economy. This is a choice between normal functioning of an economy and the stalling.

The Nobel citation mentions that all these were very well known, but the three economists have formally examined these aspects of banks’ functioning. Two of them have even gone further and formulated rigorous mathematical terms  of these aspects of banking, more particularly, the phenomenon of a run on a bank.

One need not go very further to realise the usefulness of banks. Consider a situation in which there are no banks. Every saver in such a wonderland will have to seek out the avenue for deploying his or her savings. Similarly, every project or business will have to identify the person with sufficient surplus money to invest in what they are doing.

This will also mean numerous private contracts between savers and investors. The complexity will further come out when some of the savers need ready cash to meet some of their unexpected expenditures. How do the saver then convert his investment into ready cash. The obverse of it, the business will have to eke out the funds to satisfy the savers needs.

It is not altogether impossible for anyone to see that it will be unworkable. So the essential functioning of banks is in financial intermediation. They are the intermediaries who broker between savers and investors and for that service they get a cut. That is their “spread”.

But the economists have gone much, much further to explain how banks are even more important for an economy.

Of them, Ben Bernanke, the widely known chairman of the US Federal Reserve in the wake of the global financial crisis of 2008, had in fact handled banking in times of a deep crisis. The global financial system was under great stress and many financial institutions had faced bankruptcy. Following the financial meltdown, global economy had gone into a tailspin. What was done at the time was a kind of revolutionary monetary policy. Central banks had introduced huge liquidity —which came to be known as quantitative  easing(QE)—into their economies to hold up pace of the economy.

After the global economies had somewhat stabilised, it was the turn of an orderly reabsorption of excess liquidity. Bernanke was prime central banker who had to do the dirty trick, which was announced by Bernanke. What happened to the financial markets following Bernanke’s announcement of reversal of quantitative easing, was huge turmoil. That came to be known as “taper tantrums”.

Bernanke was uniquely equipped to handle the charge. He had studied the role of banks in times of the Great Depression of the 1930s. Bernanke’s historical studies showed how bank failures and their performance had actually deepened the depression.

Bernanke’s account showed that bank failures were not just the consequence of the depression and fall of business. But a cycle of bank failures had fed into the depression. A failed bank could not simply be replaced by another new unit. As the Economist magazine stated while introducing the three Nobel laureates in their latest issue, banks are not just grocery shops so that a new one can start business in the place of the old one.

Douglas Diamond and Philip Dybvig, Bernanke’s co-winners, took up where Bernanke in a way left. How a cycle of bank runs happen and how best to prevent these. While Bernanke makes a historical and statistical study of depressions and bank roles, his colleagues sought to look at bank runs in formal mathematical terms and sought to draw lessons from them.

A bank run would happen, in game theory terms, only when a depositor thinks other depositors would also now rush to their bank to pull out their savings. If he knows that others would not really run to take out their money, it would be meaningless to do it. How then to stop it.

For sure, a bank cannot meet all the demands for money at a time. Because banks take money on short term, that depositors can take out their savings, but lend these on longer terms. That is, for a bank there is always a mismatch between liquidity of their lending and the demand of the savers to tap their funds.

Banks resolve this apparent conflict through what the economists described as “maturity transformation”.  That is, transforming a short term assets into long term one by a process of pooling. When many depositors place their money in a bank, not all of them presumably ask for it at the same time.

Alternatively, if such exigencies arise, the central bank can become the lender of last resort, providing funds to the beleaguered banks. Alternatively, the same result can be achieved by having a system of deposit insurance in which the government promises that all bank deposits would be returned.

Economists had recommended that banks should not hand over money to their depositors. This has been the common experience of many of Indian depositors in failing banks. Their deposits were immobilised. However, come to think of it. If one knows that their monies would be confiscated in the first instance of any trouble, who would to such a bank.

Diamond and Dybvig had suggested a kind of guarantee from the government or deposits insurance would make an individual depositor of a bank averse to rush to recover his deposit. He knows that no others will do that either because the central bank is the last lender, or deposit is insured or government backs the banks.

As a matter of fact, the US government had introduced deposit insurance in 1933 which helped stabilise the banks. The US treasury had also provided huge funds to falling banks in the aftermath of the financial crisis.

It has been pointed out that the Nobel laureates this year were not given the prize for discovering new truths, but for focusing attention on an area —role of banks in the economy—which was so far been somewhat ignored. (IPA Service)

Despite Denials, Mallikarjun Kharge Has All The Stamp Of Gandhi Family
Posting....